Volkswagen Unveils Yet Another SUV - 2022 Taos 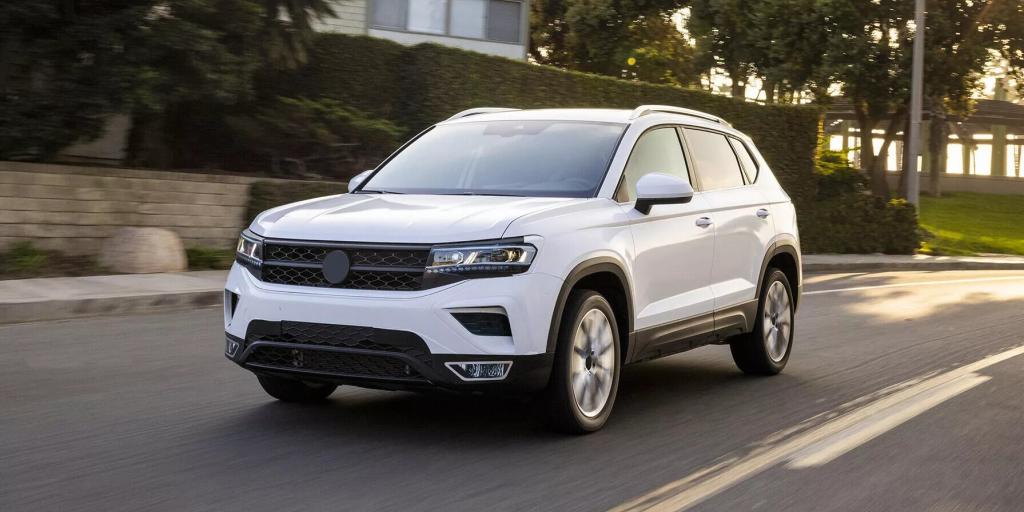 Volkswagen keeps expanding its SUV lineup! It just recently unveiled its first all-electric SUV, the ID.4, and it also launched the two-row Atlas Cross Sport earlier this year. Now, it’s unveiling yet another SUV! The all-new 2022 Volkswagen Taos will slot under the Tiguan as yet another compact SUV in the Volkswagen lineup. The company is looking to capitalize on SUV sales and to better compete in the compact SUV market, where Volkswagen says 4 million vehicles were sold in 2019. While the Taos is small in stature, Volkswagen argues it’s big on value as it has a bold design, smart packaging, and high-end features.

“Taos is our fifth new addition to the Volkswagen SUV family in just four years, and we’re thrilled to keep finding new ways to meet the needs of American families,” said Scott Keogh, CEO of Volkswagen Group of America. “Taos will bookend our compact SUV offering, giving buyers all the style, technology, and drivability that Volkswagen is known for at an even more affordable price.”

There will be three trim levels of the Taos offered: S, SE, and SEL. It’s expected to launch in the summer of 2021. To keep learning more about the latest SUV from Volkswagen, continue reading below! 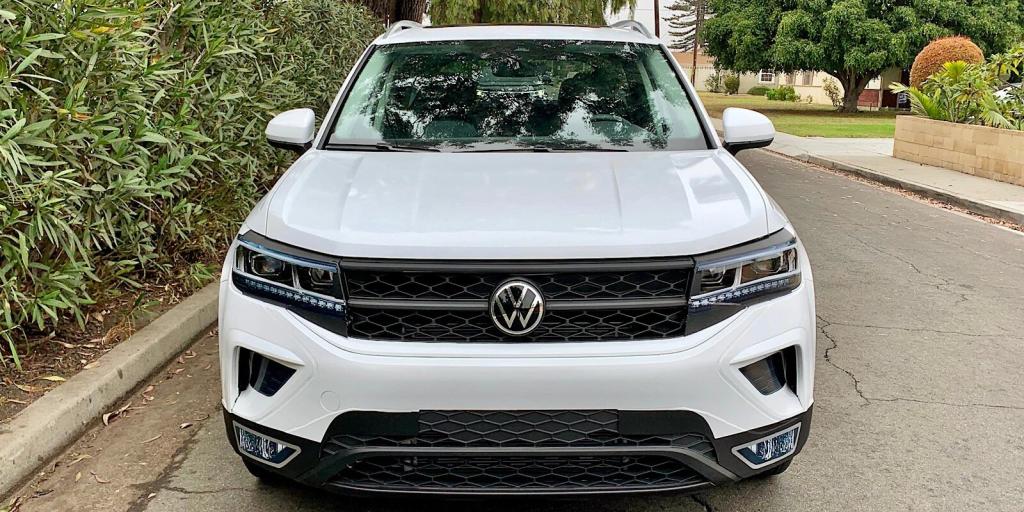 The all-new compact Taos SUV features a bold front end with a sculpted hood and LED light signature that’s reminiscent of the Atlas Cross Sport, which was launched earlier this year. The Taos’ design is also reminiscent of the recently unveiled ID.4 electric SUV because of its LED light signature with the Adaptive Front-lighting System (AFS). The all-new Taos also pulls inspiration from the Tiguan with its distinctive side profile and strong character line, and its more squared-off wheel arches are a nod to the Atlas. You could say the Taos pulls design inspiration from the entire Volkswagen SUV lineup! Overall, it’s not as flashy as the Atlas Cross Sport or the Atlas, but it still has a dynamic look to it!

There are eight different colors to choose from with the Taos and four different wheel designs. 17” aluminum-alloy wheels come standard on the compact SUV, and there are two 18” wheels and also 19” wheels available. A panoramic sunroof is optional, and makes the interior of the all-new Taos feel that much more spacious.

While dimensionally the Tiguan sits at the top of the compact SUV space, the all-new Taos finds itself in the middle. The latest SUV from Volkswagen is 175.8 inches long, which is 9.3” shy of the Tiguan, and it’s also 72.5” wide and 64.6” tall. Passenger space, however, remains roomy in the Taos as there is 99.5 cubic feet of space offered, which is just 1.6 cu. ft. less than the Tiguan. There’s 40.1” of legroom in the front of the Taos and 37.9” in the rear. As for cargo space, there’s 28.1 cu. ft. of space behind the rear seats and up to 66.3 cu. ft. of space with the second row folded down.

As for the interior design of the compact Taos, it feels modern and premium. The cockpit is composed of clean lines with a horizontal focus. Two-tone seats are standard, whether in the base cloth or optional leatherette and leather seating surfaces. The top-of-the-line models get a luxurious French Roast and black combination that’s just stunning. You can get your all-new Taos fitted with dual-zone climate control, a heated leatherette steering wheel, heated and ventilated front seats, a panoramic sunroof, and more.

The compact Taos also offers the latest in Volkswagen connectivity and infotainment technology. You have the Volkswagen Digital Cockpit configurable instrument cluster as standard, as well as Volkswagen Car-Net with in-car WiFi capability when you subscribe to a data plan. Mid-level trims and up of the Taos have the MIB3 infotainment system with wireless charging and an 8-inch touchscreen with voice control. There’s also available navigation. Top trims add a 10-color ambient lighting system and also a premium BeatsAudio sound system with 8 speakers. 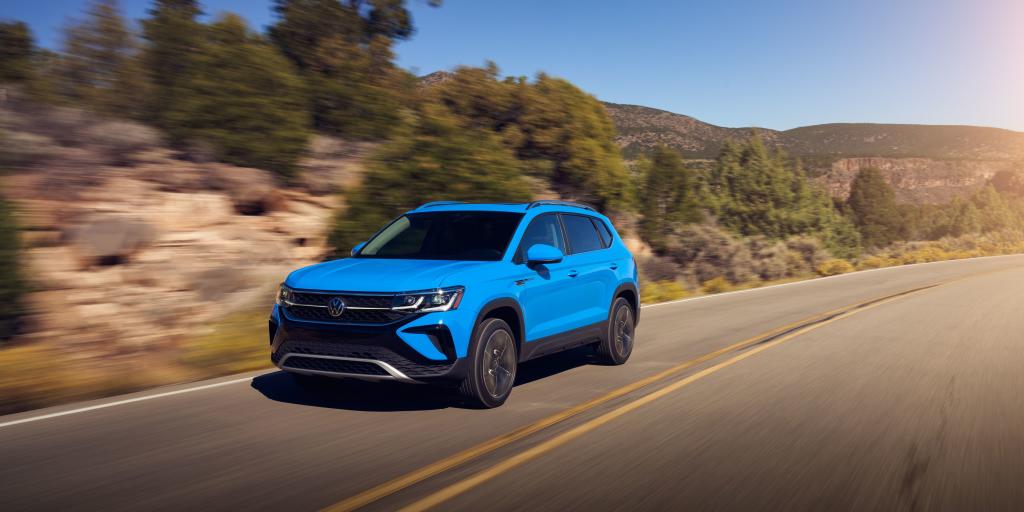 The all-new Volkswagen Taos will slot below the Tiguan SUV and will feature a new version of the EA211 turbocharged four-cylinder engine that currently powers the Jetta sedan. The new engine now makes 158 horsepower and 184 pound-feet of torque, and it’s also now larger in size as it’s 1.5 liters instead of 1.4 liters.

The updated engine has a larger displacement and is more powerful than the engine currently found in the Jetta, but it’s also more fuel efficient! There are a number of reasons to appreciate the updated engine you’ll find in the Taos.

“While electric vehicles are stealing the headlines these days, we are continuing to make great strides with technology on our internal combustion engines,” said Johan de Nysschen, chief operating officer of the Volkswagen Group of America. “The new 1.5-liter engine in the Taos uses the latest advances in gasoline-engine design to bring outstanding fuel economy to the compact SUV segment. The Taos will provide a further proof point for the ability of the Volkswagen North American Region to deliver the right products for our market requirements.”

We should also note the Taos is based on the MQB modular transverse architecture. 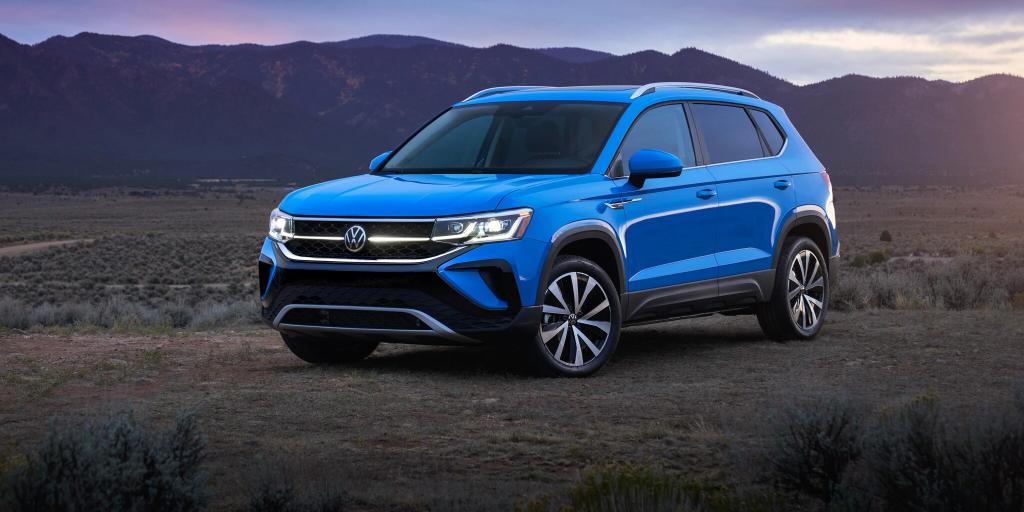 While not nearly as flashy or spacious as Volkswagen’s other SUVs, the Taos is a dynamic compact SUV that provides Volkswagen lovers yet another great SUV option to choose from.

The Taos is expected to go on sale in the summer of 2021 in both front- and all-wheel-drive forms. It’s positioned in the largest vehicle segment in the United States and so Volkswagen hopes it helps the company capture more of the compact SUV market. It will slot below both the Tiguan and the recently announced all-electric ID.4 SUV.