Toyota has introduced a new grade for its Tundra full-size pickup truck and large Sequoia SUV. The company says both vehicles have long been ideal for families who are all about adventure and need the combination of performance, utility, towing ability and comfort. That’s why Toyota wanted to give families an “extra dose of sportier styling and performance for added fun and excitement on their next journey” by offering the new grade. It was developed by the experts at Toyota Racing Development. It’s called the TRD Sport.

Now aside from the new grade, all 2018 Sequoia SUV models receive new styling as well as convenience and safety features including Toyota Safety Sense-P as standard.

The Sequoia isn’t the only Toyota SUV receiving a new grade for 2018. Also revealed at the Chicago Auto Show was a new grade for the Toyota RAV4 compact crossover that has been a solid performer for the company. Toyota says it decided to introduce the new Adventure grade for young families looking for fun in “out-of-the-way places.” While Toyota says the RAV4 is already fun to drive, it claims the new RAV4 Adventure adds an even sportier attitude for the weekend warrior. 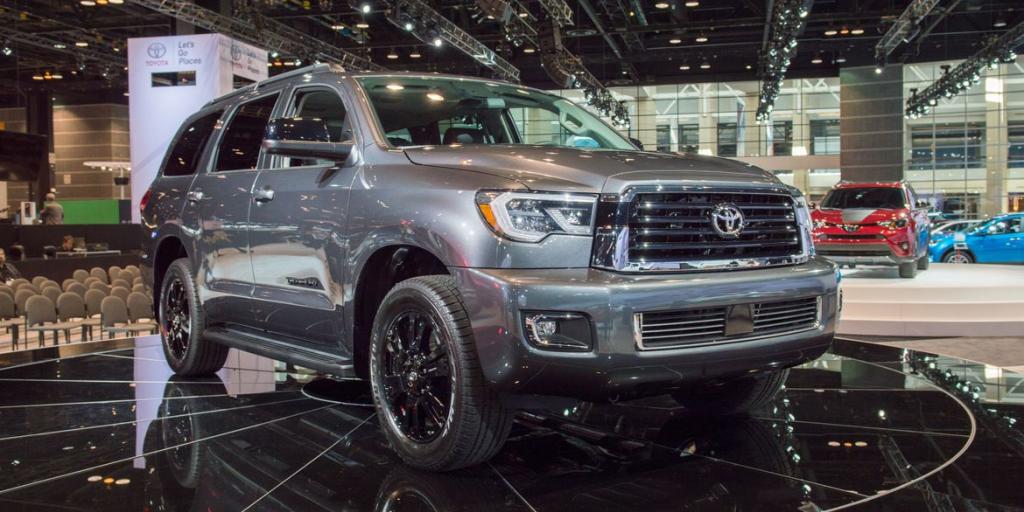 Taking a look at the 2018 Sequoia TRD Sport’s exterior first, it has several key features. There’s a new front grille and bumper grille insert. It also has metallic black mirror caps, 20-inch black alloy sport wheels, darkened taillights and black satin finish TRD Sport badging on the front doors as well as a Sequoia badge on the liftgate. There are also a number of exterior colors for customers to choose from. Color options include Super White, Magnetic Gray Metallic and the new Midnight Black Metallic. The color options definitely contribute to the grade’s sportier look.

The 2018 Sequoia TRD Sport will be available in 4x4 and 4x2 models. It features a 5.7-liter i-Force V8 engine that produces 381 horsepower and 401 lb.-ft. of torque. Toyota says road handling is enhanced with TRD Sport Tuned Bilstein Shocks and TRD front and rear anti-sway bars.

Aside from the TRD Sport, the 2018 Sequoia comes in SR5, Limited and Platinum grades. Those grades also come in 4x2 and 4x4 configurations. All are powered by the same i-Force V8 engine as the TRD Sport.

As for the 2018 Sequoia’s interior, it features an updated center speaker grille. All models also come standard with a new instrumentation panel gauge cluster and 4.2-inch display that tracks the status of Toyota Safety Sense-P. As we mentioned before, TSS-P comes standard on all models. It's designed to help protect drivers, passengers, people in other vehicles and pedestrians. It employs an in-vehicle camera and front-grille-mounted, millimeter-wave radar for enhanced performance and more functionality. It comes with a pre-collision system with pedestrian detection, lane departure alert with steering assist, automatic high beams and dynamic radar cruise control. 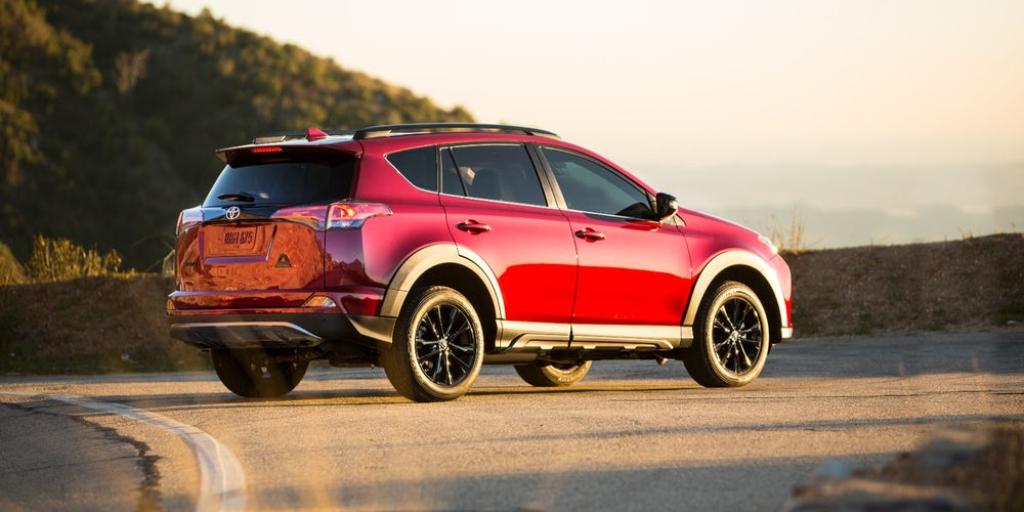 Just like the Sequoia, Toyota's RAV4 compact crossover comes available in a new grade for 2018. The RAV4 Adventure is available in front-wheel drive with an Automatic Limited-Slip Differential or with Dynamic Torque Control all-wheel drive. A standard Tow Prep Package comes on both versions of the vehicle as well as a suspension system with a higher ride height. Just like all other RAV4 models, Trailer Sway Control, Hill-Start Assist Control and TSS-P come standard on the Adventure.

Just like the exterior, the interior of the RAV4 Adventure is quite sporty.  The company says exclusive interior features for the grade include unique interior trim panels, a leather-wrapped shift knob and a 120V/100W power outlet in the cargo area. Because the vehicle is designed for the outdoor enthusiast, it also features all-weather floor mats and cargo mats. Other new features for select 2018 RAV4 models include optional heat/power fabric front row seats, a heated steering wheel and wiper de-icer.

Just like other automakers, Toyota is focused on expanding its reach when it comes to the SUV market. For example, the company unveiled its new CH-R SUV at the 2016 Los Angeles Auto Show. That vehicle is designed to attract young, fashion-forward consumers and it definitely seems like with the Sequoia TRD Sport and RAV4 Adventure, Toyota is continuing its effort to do so as the new grades come with what young people seeking adventure on a regular basis need. It's likely a smart move on Toyota's end as more and more young people are gravitating toward SUVs. Not to mention, 2016 was a record year for the RAV4. December 2016 sales showed the RAV4 being up 20.4 percent for the year and overall, Toyota’s SUV division was up 27.6 percent in December.

Toyota says the 2018 RAV4 adventure grade along with the Tundra and Sequoia TRD Sport will begin arriving in dealer showrooms in September.