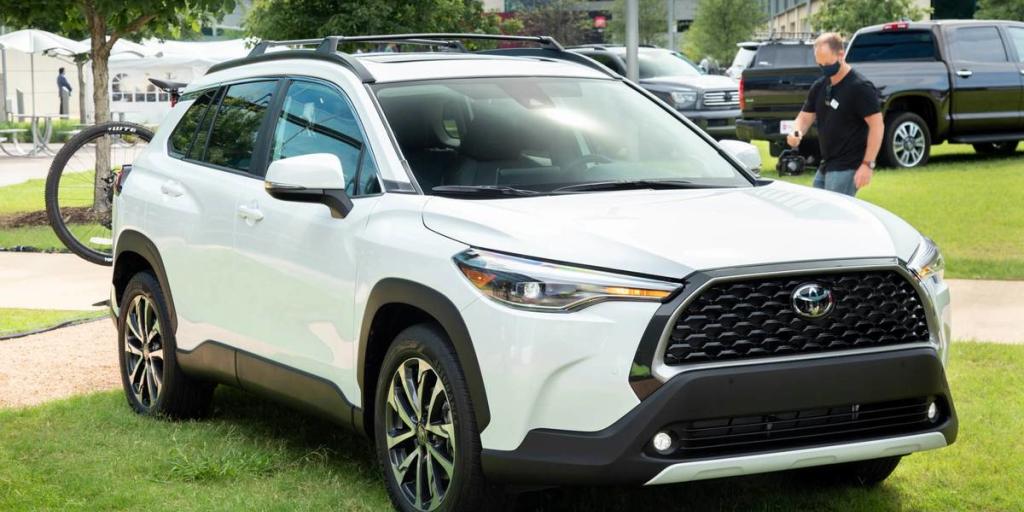 The Toyota Corolla is a wildly popular vehicle. Since 1966, it has been beloved by many. It quickly became one of the best-selling vehicles in the world. In fact, over 44 million Corollas have been sold globally! And since Toyota’s founding, one out of every five cars the company has sold has been a Corolla. Clearly, the Corolla is a highly important vehicle to Toyota. It’s sold in 150 countries and regions and soon, United States customers will be able to get a whole new kind of Corolla!

“Our loyal customers love the quality, durability and reliability that has helped make Corolla the best-selling nameplate in history,” said Lisa Materazzo, group vice president of Toyota Marketing. “With the all-new Corolla Cross we are building upon that foundation and offering more versatility and fun to adapt to their evolving lifestyles.”

To learn more about the all-new 2022 Corolla Cross SUV, continue reading below! 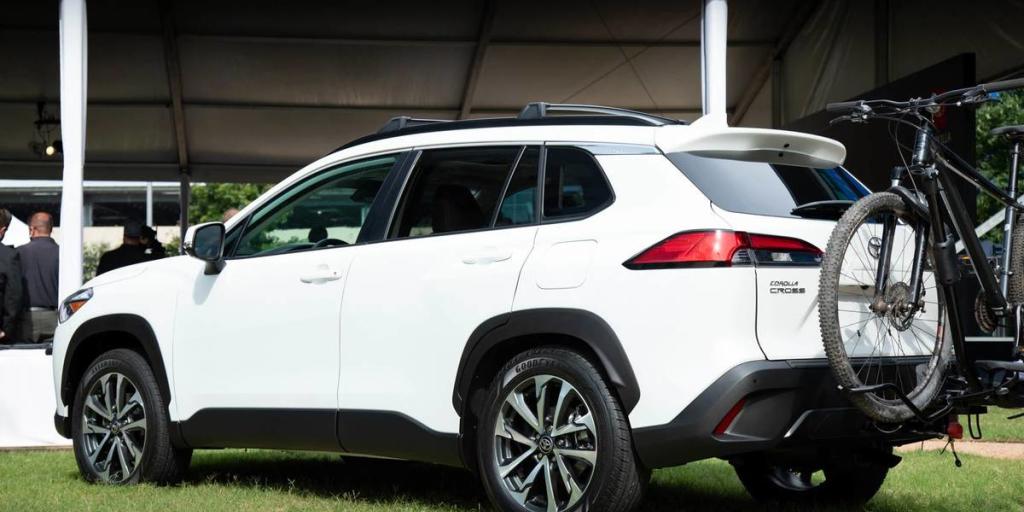 The 2022 Corolla Cross offers a higher line-of-sight thanks to the TNGA-C platform it’s built on. Key design aspects of the front of the all-new crossover include the distinctive black grille that’s flanked by LED lighting with black body accents. The SUV has a confident stance overall and from the rear, the design elements continue with an integrated rear spoiler and more LED lighting. Wheel options range from 17” steel on the entry-level L trim, to 18” alloy on the premium XLE. There are three grades total, by the way. They are L, LE, and XLE.

The all-new Corolla Cross can be outfitted with a power moonroof. It will also be available with accessories that expand its capability including a roof rack with crossbars and an activity mount for carrying items like bicycles and all-weather floormats. 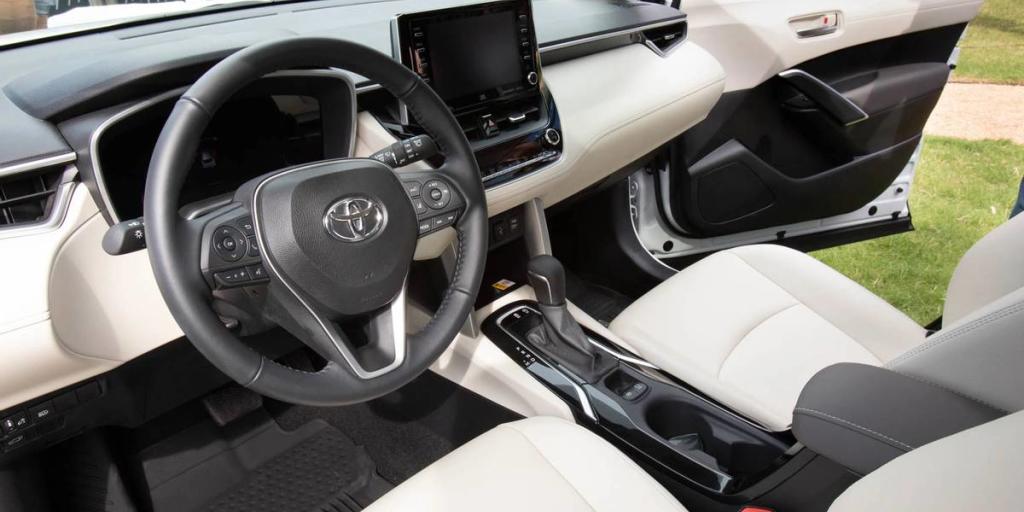 Inside, the Corolla Cross’ spacious interior shares many similarities with its sedan and hatchback siblings. The all-new model can be outfitted with either single- or dual-zone automatic climate control. All grades do feature standard heating and air conditioning vents for rear seat passengers, though. As we mentioned before, you can also add a power moonroof to your Corolla Cross for more air flow. Other available upgrades include SofTex-trimmed seating, heated front seats, and a 10-way power driver’s seat. There’s also an available nine-speaker JBL sound system.

As for storage space, it can be maxed out thanks to the 60/40-split folding rear seats that come standard on all grades. And to make access to the roomy cargo area even more convenient, the Corolla Cross has an available power liftgate with height adjustability.

The all-new 2022 Corolla Cross will be available in front-wheel drive and all-wheel drive. It’s equipped with a 2.0L Dynamic Force engine and Direct Shift CVT from the Corolla sedan’s sportier “S” grades.

“That means a punchy 169 horsepower and a physical first gear that provides a truly engaging driving experience, all while providing exceptional efficiency,” writes Toyota in a press release.

Additionally, every Corolla Cross is is capable of towing up to 1,500 pounds.

As for fuel economy estimates, the all-new Corolla Cross delivers an estimated 32 combined miles per gallon for the FWD models and an estimated 30 combined MPG for the AWD model.

Since safety is key, all grades do come standard with both the Toyota Safety Sense suite of advanced active safety systems, as well as Toyota’s signature STAR Safety System.

Blind Spot Monitor and Rear Cross-Traffic Alert come standard on LE and XLE grades, while Front and Rear Parking Assist with Automatic Braking is standard on the most premium XLE trim. There are also nine airbags mounted throughout the cabin to help protect the occupants.

Unfortunately, we do not know pricing details just yet for the all-new 2022 Corolla Cross. The vehicle is expected to slot between the subcompact C-HR and the RAV4 in terms of size, though, so that gives us a bit more insight. Experts believe it will likely cost more than the $20,000 base price of the sedan and hatchback, so you’re probably looking at a base price of around $23,000 or $24,000. A fully-loaded AWD model will likely top off at about $30,000. Experts also predict there will be a hybrid model of the Corolla Cross.

“For more than 50 years, Corolla has been synonymous with dependability, fuel efficiency, safety and value — and today, Toyota is evolving the series every further,” writes Toyota in its June 2 press release.

Competition in this segment remains fierce and so the Corolla Cross is up against some seriously stiff contenders. It’ll compete against the likes of the Hyundai Tucson, Kia Sportage, Jeep Renegade, Honda HR-V, Volkswagen Taos, and many others.

The 2022 Corolla Cross is expected to arrive at dealerships in the fall, so be on the lookout for the vehicle then. When pricing details are released, we’ll be sure to update you!

Considering the popularity of the Corolla, the Corolla Cross is sure to sell and is a smart move on Toyota’s part.

What do you all think of the all-new 2022 Toyota Cross? Let us know in a comment on our Facebook page!