The World’s Fastest SUV is Even Better for 2021 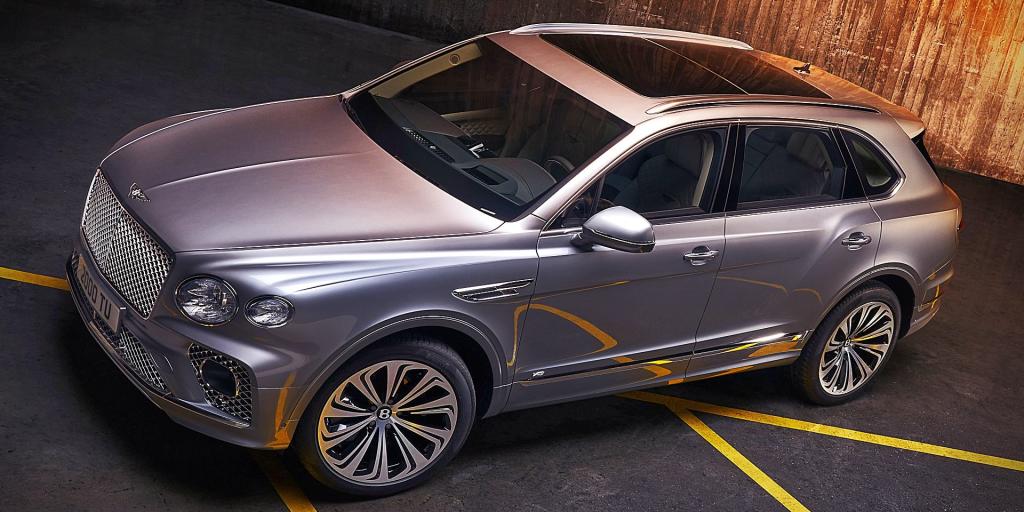 The world’s fastest SUV has been updated for the 2021 model year. The ultra-luxurious Bentley Bentayga Speed is now even better than before! The 2021 Bentayga Speed builds on the completely refreshed design of the new standard Bentayga. The standard Bentayga is no longer offered with the W12 powertrain, by the way. The W12 twin-turbocharged engine is now solely reserved for the Bentayga Speed, with the base Bentayga limited to a V8. The Bentayga Speed produces an incredible 626 horsepower from its 6.0-liter W12 engine and 664 lb.-ft. of torque. The luxurious performance SUV can go from 0 to 62 miles per hour in just 3.9 seconds and it can also reach a top speed of 190 mph! The assembly of the W12 powertrain alone takes the skilled engine builders approximately 10% of the total hours required for the manufacture of the Bentayga Speed.

The new Bentayga Speed is significantly revised both inside and out. It introduces the very latest onboard technology, and is now even more comfortable.

“The new Bentayga has already raised the benchmark for luxury SUVs, against which all others are measured. Ahead of the launch of the new Bentayga Hybrid — the world’s only definitive luxury hybrid — in the coming months, it’s important that we still recognize the customer desire for absolute performance,” said Bentley’s Chairman and Chief Executive Adrian Hallmark. “The new Bentayga Speed remains the fastest SUV in the world, but more than that, it’s also the most luxurious version of the new Bentayga — the best of both worlds, the pinnacle.”

To learn even more about how the Bentayga Speed has been improved for the 2021 model year, continue reading below! 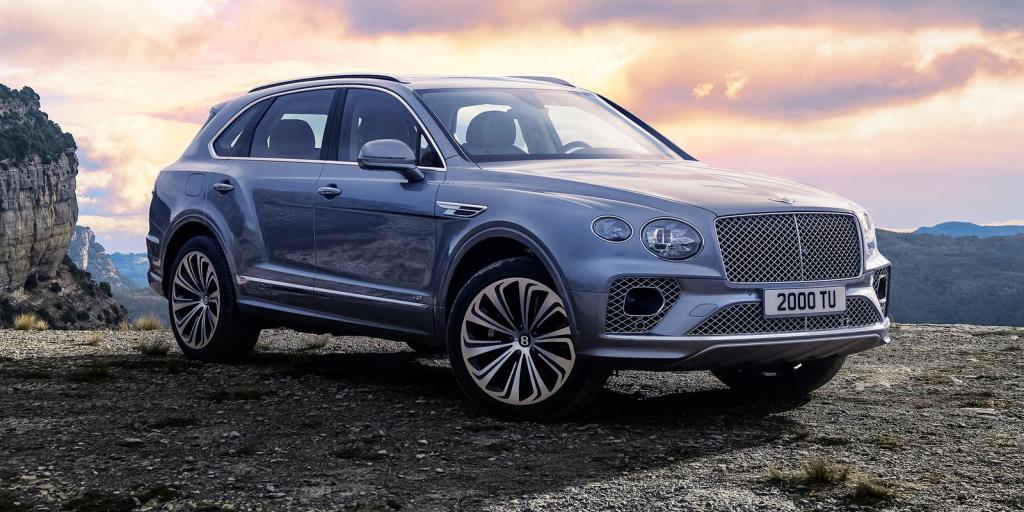 The new Bentayga Speed gains the quad elliptical headlights and square, upright grille of other Bentley models, including the standard Bentayga. There’s also a new clamshell-style rear hatch with integrated oval taillights. There are characteristics that help set the Speed model’s exterior apart from the standard Bentayga V8, though, like the unique front and rear bumpers, elongated tailgate spoiler, the Bentayga Speed signature badging, and a unique 22-inch wheel design that’s available in two finishes. In keeping with other Bentley W12-powered models, the Speed’s exhaust tips are oval shaped.

There are 88 different paint color options to choose from, but you can also bring your own color sample to create a custom color for your Bentayga Speed. Another excellent option for making your Bentayga Speed look more unique is to opt for the Black Specification. It replaces all the exterior chrome work, bright detailing, and some elements of the body with gloss black or carbon fiber versions.

Just as with the exterior, the interior of the world’s fastest SUV is incredibly impressive. It comes with its own design split that features darker interior colors paired with elegantly crafted swooshes of contrast leather around the doors, along the edges of the seat cushions, and other areas. It also introduces Alcantara to the cabin of the Bentayga for the first time.

You get standard “Speed” seat embroidery on the backrest of all the seats, though you can swap it out with the Bentley logo at no charge. The vehicle also comes standard with a new contrast stitching design through the diamond quilting of the Mulliner Driving Specification. It’s unique to the Speed model, with each of the stitch lines running through the quilting being split with one to match the leather, and the other in the contrast color.

There’s even better technology inside the new Bentayga Speed. There’s a bigger and brighter, 10.9” touchscreen with an anti-reflection and anti-glare coating. It has improved touch functionality and it now spans the entire width of the center fascia for a more contemporary look. The advanced head-up display can now project traffic information, street names, and the distance to your destination to help make driving even easier. The embedded navigation system has also been improved. Wireless Apple CarPlay is now standard, along with Android Auto. The new Bentayga Speed also now has a fully digital driver’s information panel that’s similar to the Continental GT and the new Flying Spur. It can be viewed in two different formats. 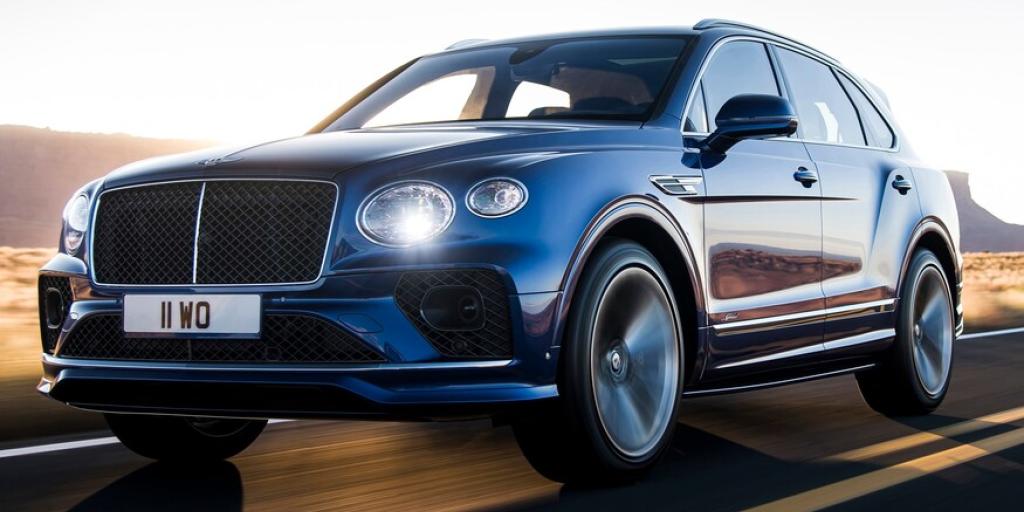 Performance is quite obviously where the Bentayga Speed shines. Much care and attention goes into the assembly of its W12 powertrain. The 6.0-liter W12 engine of the Bentayga Speed delivers 626 horsepower and 664 lb.-ft. of torque. The torque-rich engine is paired to an eight-speed automatic transmission. Bentley says its luxurious performance SUV can reach a max speed of 190 mph and it takes just 3.9 seconds for it to go from 0 to 62 mph. While incredibly powerful, the engine is actually more eco-friendly than you’d think as it features cylinder deactivation to help save fuel when full W12 power isn’t required.

The Bentayga Speed is equipped with four on-road Drive Dynamics modes. You have the Comfort mode at one extreme, and Sport at the other end. There's also a Bentley mode (the balanced recommendation of Bentley’s chassis team in Crewe) and a Custom mode for customers who want to create their own driving set-up. 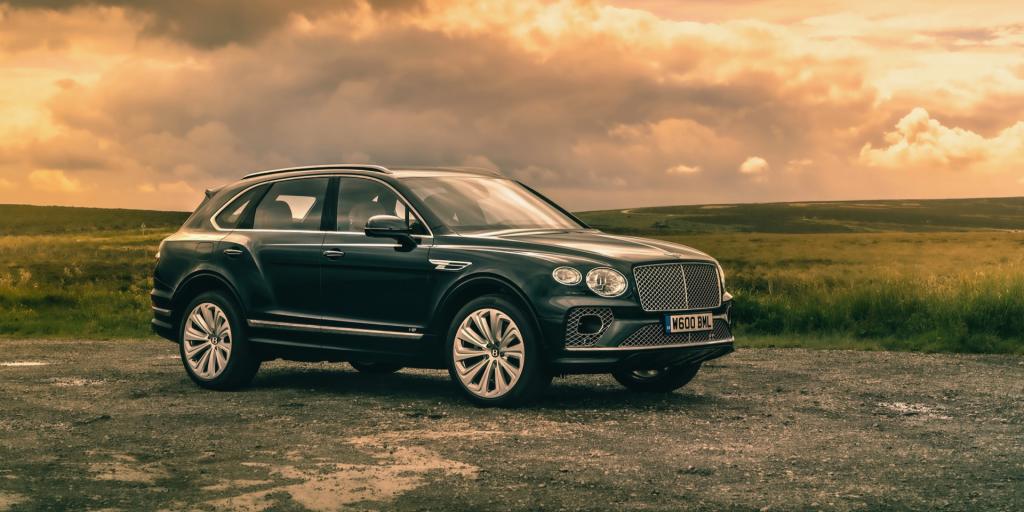 The 2021 Bentayga Speed is truly a work of art. Plus, who doesn’t want to say they own the fastest SUV in the world? While the revised Bentayga Speed won’t be available everywhere, it will be sold here in the United States.

“The Bentayga Speed is the most powerful and performance orientated Bentayga to date, defining its position as the pinnacle of the range,” writes Bentley on its website. “Bentayga Speed will be offered for sale in those regions where demand for 12-cylinder SUVs remain strong — the USA, Middle East and Asia Pacific regions. The new Bentayga family will soon be completed by the goal launch of the new Bentayga Hybrid — giving customers of the world’s best luxury SUV even more choice.”

What would you do if you saw a 2021 Bentley Bentayga Speed rolling through your city or down your street? Let us know by commenting on our Facebook page!