Sport utility vehicles have been absolutely dominating sales in America for years now and so automakers are continuing to add even more of them to their lineups. SUVs offer a little something for everyone as they have the added space many families and adventure seekers need, they are capable of tackling tough terrain, and they're also stylish! There’s also plenty of versatility in the SUV market, which is nice. You have compact, small, midsize, and large SUVs to choose from, including many three-row options. The three-row SUVs are an especially great alternative for families, who may have opted for a less stylish and less capable minivan in years past. Hybrid and electric SUVs are also especially popular as of late, and automakers are rushing to compete with Tesla and others on that front. 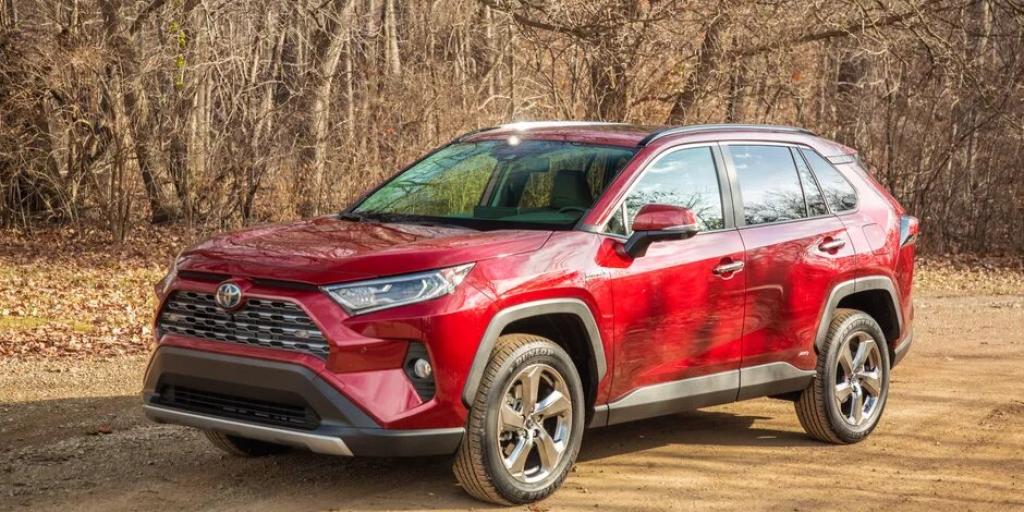 More than 430,000 Toyota RAV4s were sold last year, making it the best-selling SUV for 2020.  The RAV4 is bound for more success this year as for 2021, there’s even more variety offered with there now being gasoline, hybrid, and plug-in hybrid models.

We should note the National Highway Traffic Safety Administration has opened an investigation into 1.9 million Toyota RAV4 SUVs after receiving 11 complaints of a fire starting from the engine compartment. Despite that, the RAV4 is bound to continue to be a top seller for Toyota this year and it’s doubtful the investigation will hurt sales. The RAV4 SUVs being investigated, by the way, are 2013-2018 models. While the vehicles have yet to be recalled, the preliminary investigation could lead to a recall.

The new plug-in hybrid RAV4 Prime is the most powerful RAV4, by the way, offering a total of 302 horsepower between its gas engine and electric motors. It also offers 42 miles of electric-only range, which is nice to have! 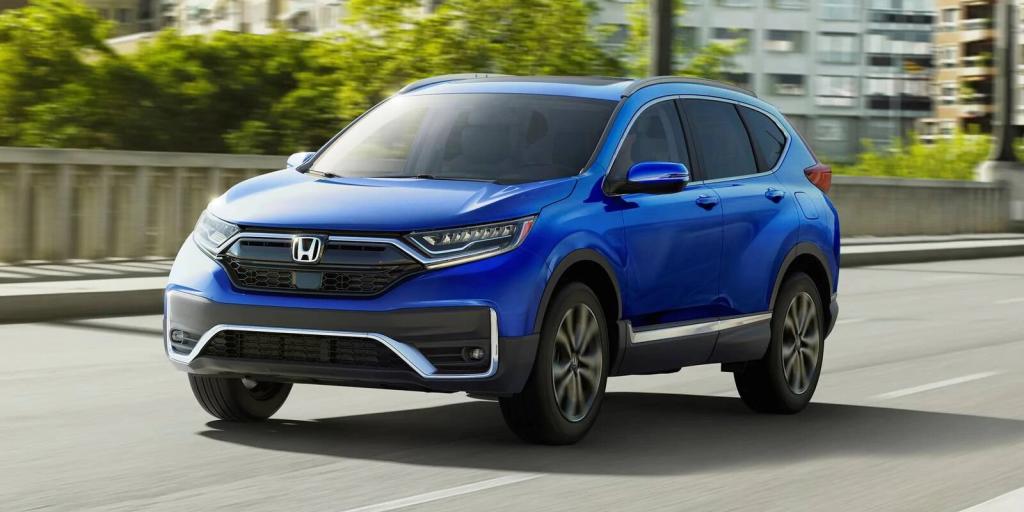 The Honda CR-V may be small, but it sure does a lot of things right! Its rear seat is spacious, it offers solid cargo space, and it drives and rides well. You don’t feel like you’re bouncing all around while riding in this compact SUV.

Honda sold about 100,000 less CR-Vs than Toyota did RAV4s last year. It sold 333,502 CR-Vs, helping the brand claim the second spot on the list of the top ten best-selling SUVs last year. 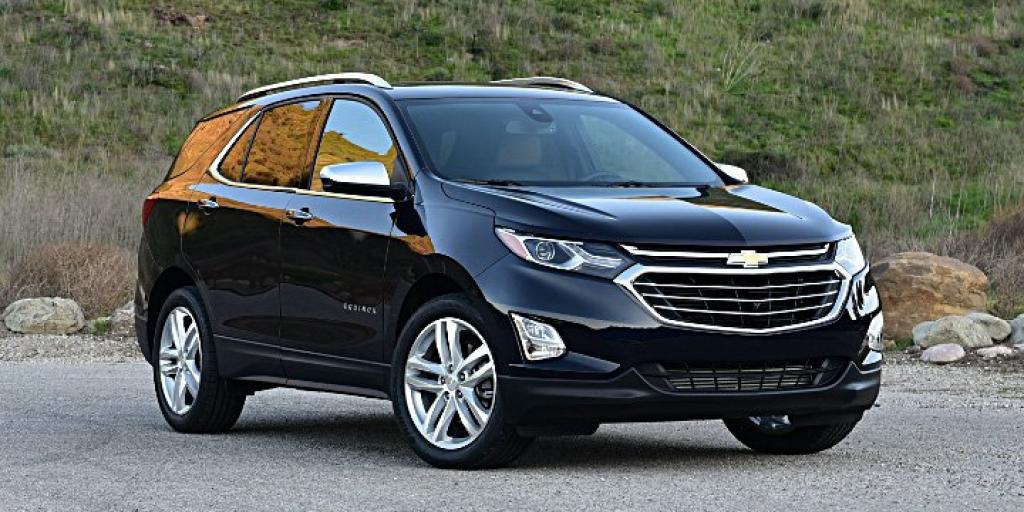 The Chevrolet Equinox is a vehicle many people know well. It entered the market back in 2005 and it has gone through several transformations since then. It continues to look edgier with time. While it competes in a crowded space including against the Honda CR-V which outperformed it last year in sales, the Equinox has a lot to like about it. It gets good fuel economy, offers a smooth ride, and has easy-to-use infotainment. More than 270,000 Chevrolet Equinox SUVs were sold last year. 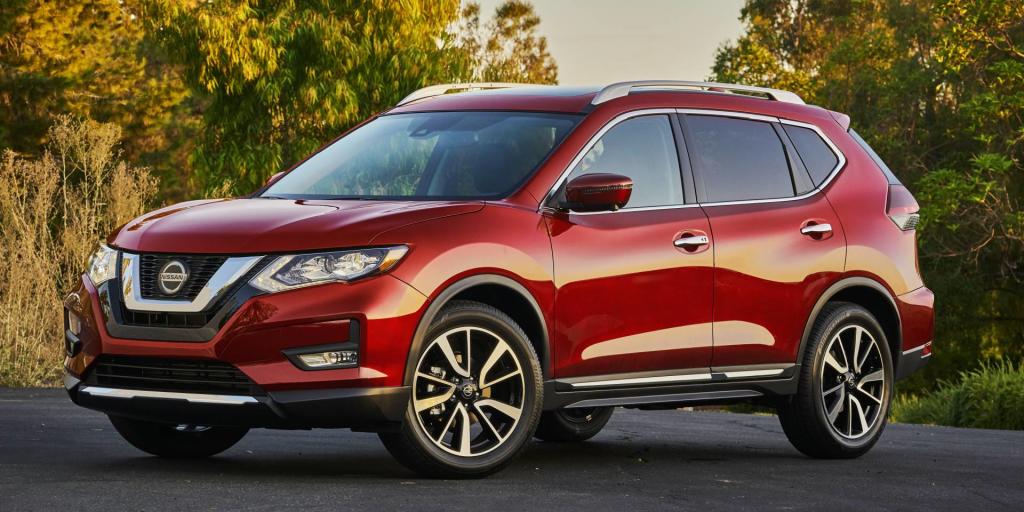 The Nissan Rogue just got a major redesign for 2021 and it was the fourth best-selling SUV in 2020. 227,935 Nissan Rogue SUVs were sold last year. It’ll be interesting to see how the redesigned Rogue performs this year! 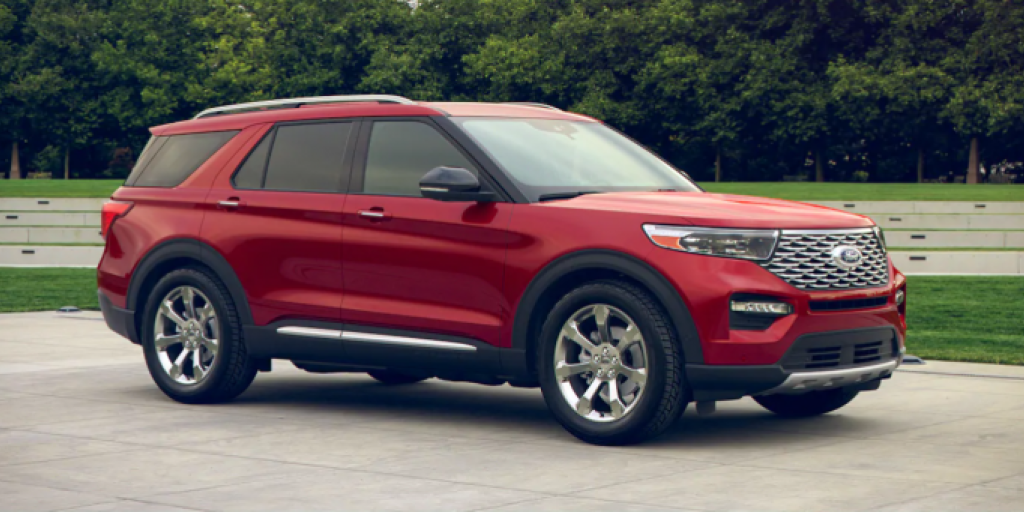 Ford, like Toyota and Jeep, nabbed two spots on the top ten list of best-selling SUVs last year. The Ford Explorer earned the fifth spot, though its sales were quite close to the Chevrolet Equinox. 226,217 Ford Explorers were sold in 2020. The Explorer is known for being a great family vehicle. It has the power, versatility, cargo space, and capability families are looking for. It will be interesting to see how the Explorer performs in 2021, though, considering the addition of the Bronco to Ford’s SUV lineup. 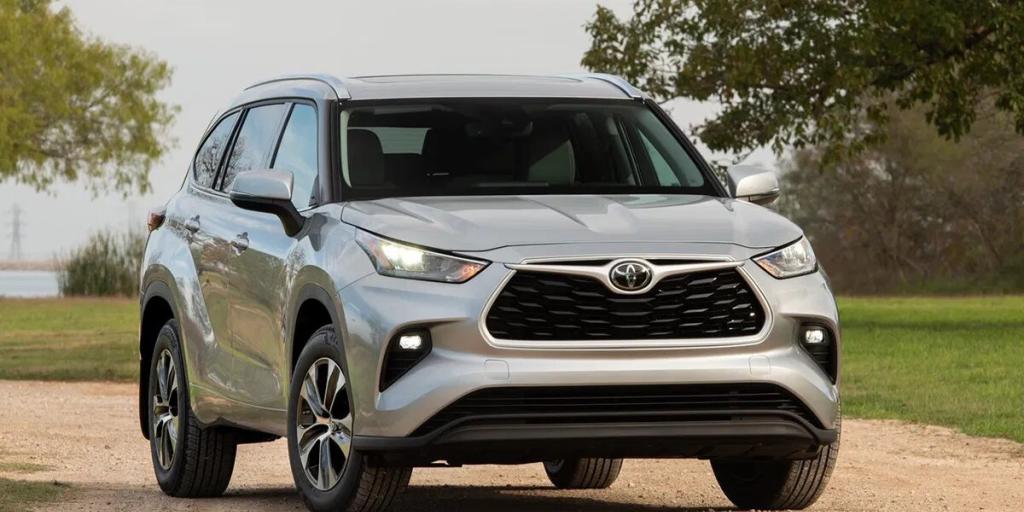 The second Toyota vehicle to make last year’s list of the top ten best-selling SUVs is the Toyota Highlander. The Highlander is a three-row SUV and so it gives families more room and versatility over the two-row RAV4. 212,276 Highlander SUVs were sold last year. 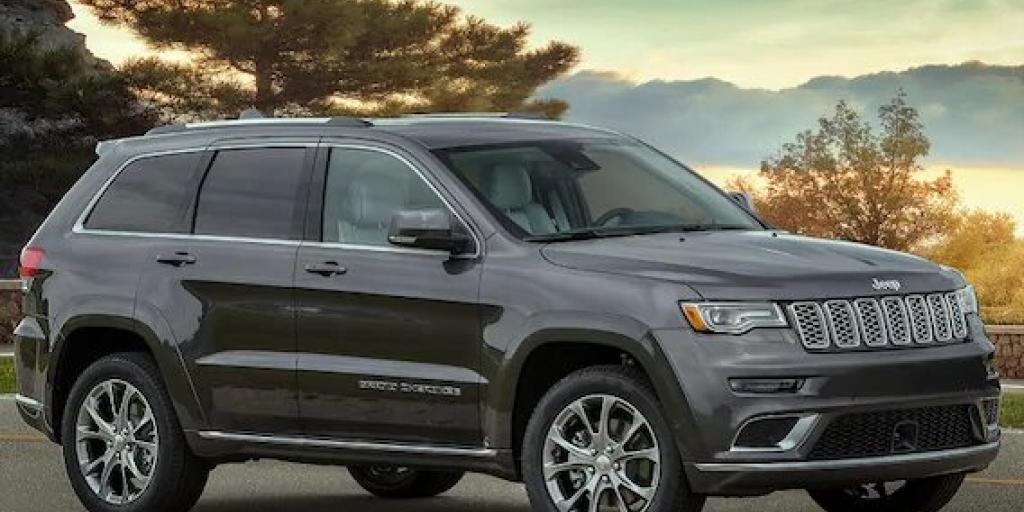 Jeep earned the seventh and eighth spots on the list. The Jeep Grand Cherokee is known for being adventurous, but its interior is more comfortable than the Wrangler and that makes it a great fit for families. Its standard V6 engine has more than enough juice for your daily driving needs, but there’s also a trio of brawny V8 engines for even more power. You have lots of versatility with the various trim options, too. Just under 210,000 Jeep Grand Cherokees were sold last year. 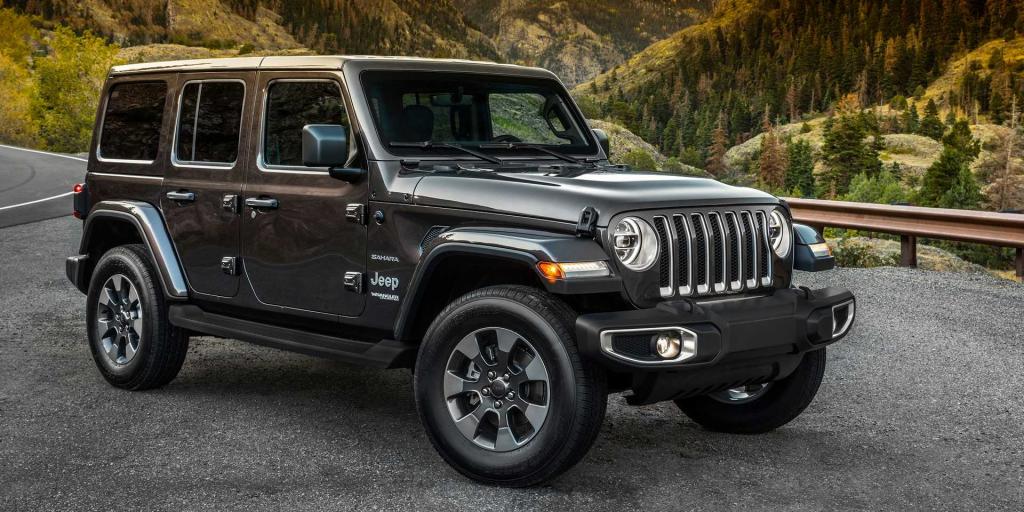 The Jeep Wrangler is the iconic off-roader we all know and love. It holds its value remarkably well over time and so that makes it a great buy, in addition to the fact that you can hit the trails in style whenever you want with your Wrangler. And just as with the Grand Cherokee, there’s plenty of versatility offered. About 200,000 Jeep Wranglers were sold last year. 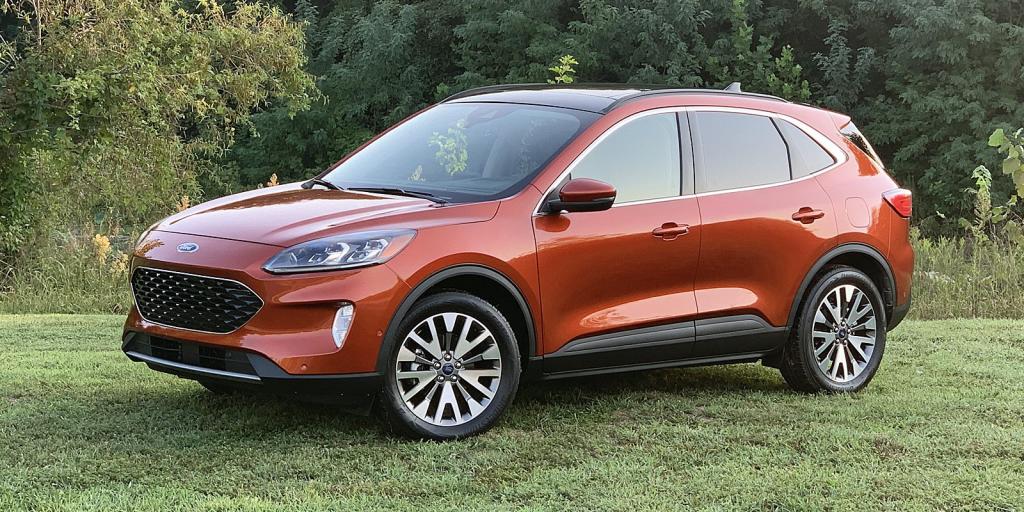 The Ford Escape received a major redesign for 2020. It was its first complete redesign for the Escape since the 2013 model year. It now looks much different than the bland Escapes of the past. It also now has more standard driver assistance features. This is the second Ford SUV to make this list. 178,496 Escapes were sold last year. Again, it’ll be interesting to see how the arrival of the Bronco impacts sales figures for Ford’s other SUVs this year. 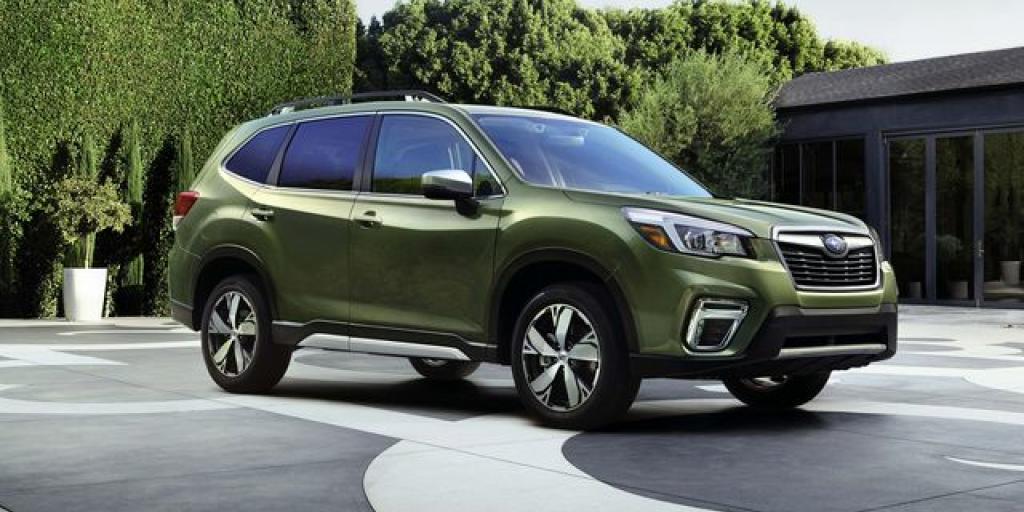 Subaru’s track record of safety is part of the reason why families choose Subaru SUVs. Subaru has also maintained its reputation for having long-lasting vehicles and so that makes it an attractive buy to people wanting to hit the road often for their adventures. Over 175,000 Subaru Forester SUVs were sold last year.

And there we have it! The ten best-selling SUVs from last year. Again, it’ll be interesting to see which SUVs top the list in 2021. Sales leaders for the month of January 2021 in the SUV segment include the RAV4, CR-V, Explorer, Highlander, and Mazda CX-5. So, it appears the SUVs that saw success last year are already performing well so far this year.