The Hottest SUVs at This Year’s Geneva International Motor Show

Since 1905, the Geneva International Motor Show has served as one of the world’s most important auto shows. It often gives us a glimpse of what we can expect to hit the United States. While there’s no doubt the motor show attracts plenty of European vehicles, there are always a number of others on display destined for sale around the globe. This was the 88th year for the motor show and, by no surprise, it did not disappoint. Here’s a look at some of the hottest SUVs that were unveiled this year in the Swiss city of Geneva! 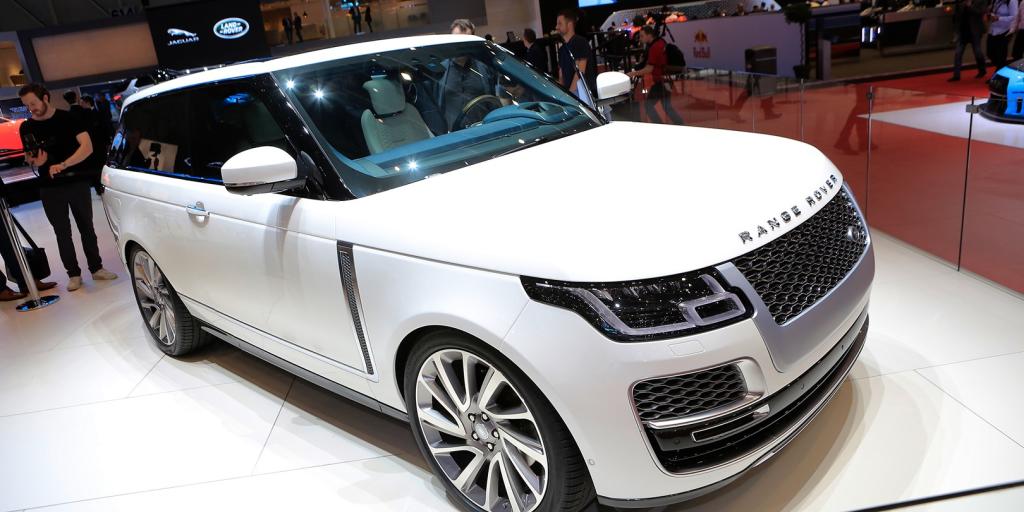 A two-door Range Rover? Interesting, right?! That’s exactly what debuted at the 2018 Geneva International Motor Show. Land Rover refers to the SC as the world’s first full-size luxury SUV coupe. It comes nearly 50 years after Land Rover first introduced the Range Rover. Each SC Coupe will be hand-assembled by the experts at the SVO Technical Center in the UK, a first for Range Rover. So if you’re looking for luxury and have $295,000 to spend, this vehicle might just be for you!

There are a number of highlights for the Range Rover SC Coupe. Its powerful stance is accentuated by carefully curated body color combinations and unique vent and grille designs. It also comes with a 23-inch wheel option. Inside, there’s a panoramic roof to allow plenty of light in. Fancy features include the special leather seats, which Land Rover says help elevate the interior to a new level of luxury comparable to private jets and yachts. As for performance, Land Rover says the SC Coupe is the fastest-ever full-size Range Rover. It boasts a top speed of 165 miles per hour. The 557 horsepower 5.0-liter supercharged V8 powertrain helps the SC Coupe go from 0 to 60 mph in just 5.0 seconds. 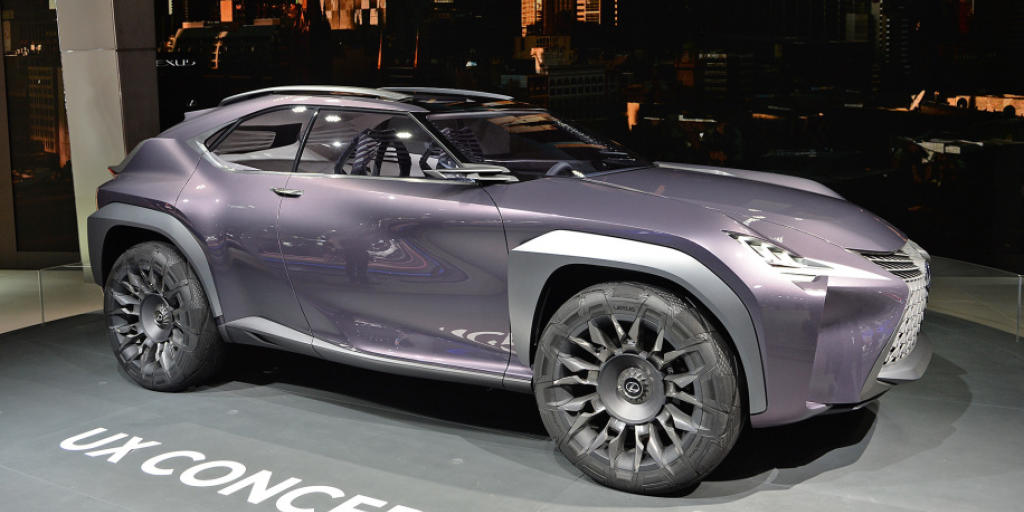 Lexus followed up some of its other recent launches by debuting the Lexus UX at the Geneva International Motor Show, its first-ever compact luxury crossover. The vehicle was designed to appeal to adventurous buyers in their 30s.

“The first-ever Lexus UX is designed for the modern urban explorer seeking a fresh, contemporary and dynamic take on luxury driving,” said Chika Kako, executive vice president of Lexus International and chief engineer of the UX.

The vehicle’s proportions are a major point of note. The UX has a 103.9-inch wheelbase, which Lexus says contributes to a smooth ride and cabin roominess, while the 177-inch overall length is said to allow the vehicle to easily slip into convenient “compact only” parking spaces. Lexus also says the proportions give the vehicle a best-in-segment 34-foot turning circle.

As for other things to point out, the UX debuts two interior finishes that connect to Japanese tradition. Performance wise, the 2019 Lexus UX will be available in two versions. The UX 200 introduces a new 168 horsepower 2.0-liter four-cylinder engine coupled with a new Direct Shift continuously variable transmission. The UX 250h, on the other hand, pairs the same 2.0-liter gas engine with a new fourth-generation hybrid drive system. It has a projected output of 176 total system horsepower. 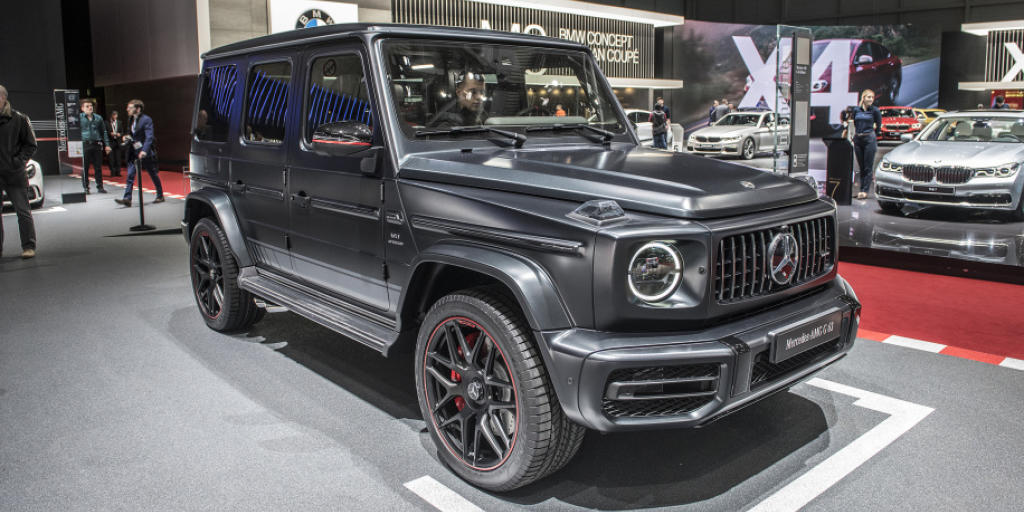 Also on display at the 2018 Geneva International Motor Show, was the new 2019 Mercedes-AMG G63 off-roader. Mercedes-Benz says the vehicle has undergone the greatest change in history, while still remaining true to its virtues. The vehicle’s performance both on and off-road is possible thanks to the 577 horsepower handcrafted AMG 4.0-liter V8 biturbo engine, which replaces the previous 5.5-liter V8 biturbo engine in the G63. The new engine makes the 2019 G63 0.9 seconds faster than the previous model. It’s able to go from 0 to 60 mph in just 4.4 seconds and can reach a top speed of 137 mph, or 149 mph with the AMG Driver’s package.

The new Mercedes G63 is also made for off-roading thanks to its torsionally rigid ladder-type frame of high-strength steel and a mounted body of composite construction. Mercedes-Benz says the design is far more robust than a unibody construction. The doors of the vehicle were also a big focus. They have protective foil cladding on the inside, so that water can be kept out when fording watercourses. From the outside, you can also tell this vehicle is ready to conquer the trails. Its boxy silhouette, external door hinges, round headlamps, robust door handles and other features contribute to its unmistakable design. 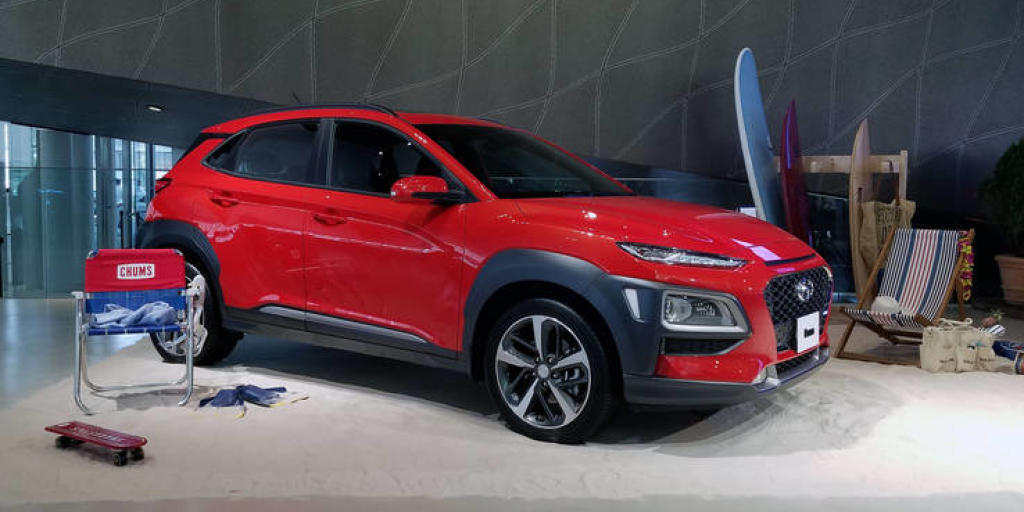 Hyundai celebrated the world premieres of the fourth-generation Hyundai Sante Fe and the all-new Kona Electric at the 2018 Geneva International Motor Show.

The new Sante Fe will hit dealerships in the United States in mid-2018. Hyundai plans to additionally launch a hybrid and plug-in hybrid version of it. It will also be available in two seating layouts. You can choose to have to have either two rows to fit five passengers, or three rows to accommodate seven. It features a strong stance and enlarged grille. It also is said to offer the latest Hyundai SmartSense active safety and driving assistance features.

As for the new Kona Electric SUV, the South Korean automaker says it offers the practicality customers need for everyday use, making it suitable for even the first car of the household. Depending on which version you get, it has a range of up to 292 miles on a single charge. Hyundai says it expresses the lifestyle of modern urban customers. 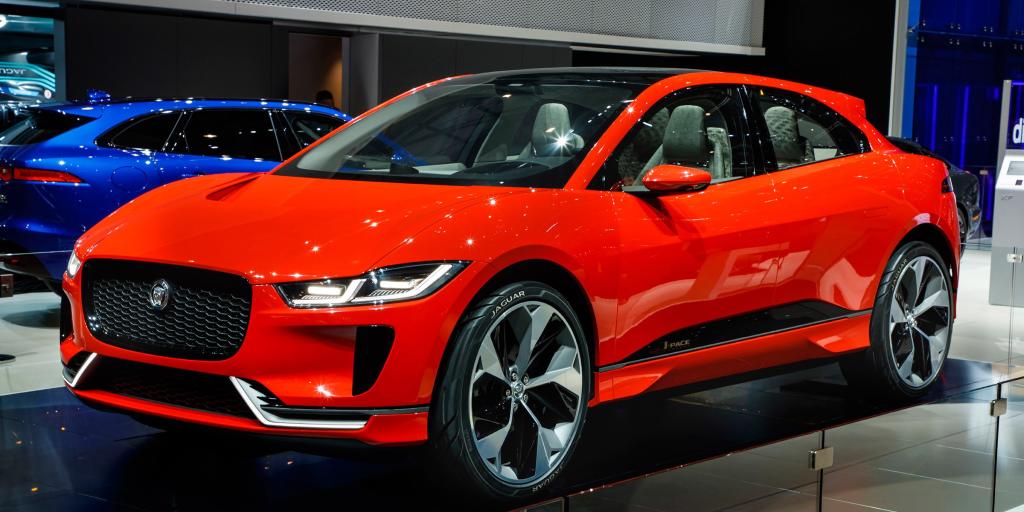 Finally, the hotly anticipated Jaguar I-PACE had its official public debut at the Geneva International Motor Show. It’s the company’s first-ever battery electric vehicle. Jaguar initially revealed the I-PACE Concept in 2016 and ever since, customers have been anxiously waiting to get their hands on one. It features a 90 kWh battery and delivers an estimated range of up to 240 miles. It can climb to 60 mph in as little as 4.5 seconds. It will be capable of charging from zero to 80 percent within 40 minutes on a 100kW public fast charger. It will be priced from $69,500 in the US and it will go on sale beginning in the second half of this year.