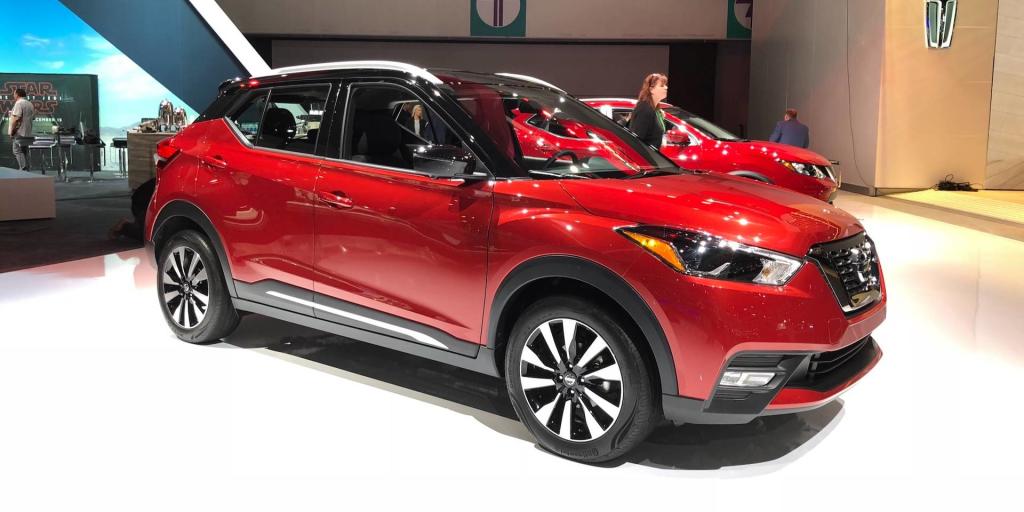 Are you in the market for a compact crossover that won’t even come close to breaking the bank? Then, you might just want to consider the 2018 Nissan Kicks! The vehicle is being marketed to young, urban millennials who don’t yet have kids to lug around. It’s now the sixth member of the Nissan crossover and SUV line-up, which includes the well-known Rogue. Nissan hopes its new Kicks will serve as a gateway vehicle to its other crossover options. The Kicks is also the first new Nissan nameplate launched in the last eight years! It offers unique styling, personal technology, smart functionality and advanced safety features at an affordable price.

“This emerging CUV class is exploding with new entries for a very good reason – the combination of flexible utility and high value is ideal for active, urban new vehicle buyers,” said Dan Mohnke, senior vice president of sales, marketing and operations for the United States division of Nissan. “Where the new Nissan Kicks stands out is with its bold style, personal technology, value and fuel economy of 33-mpg combined.”

The vehicle was promoted heavily to consumers during the 2018 BET Awards. There are three grades to choose from: the Kicks S, Kicks SV or Kicks SR. The starting price for the entry level S model is $17,990. Talk about affordable! 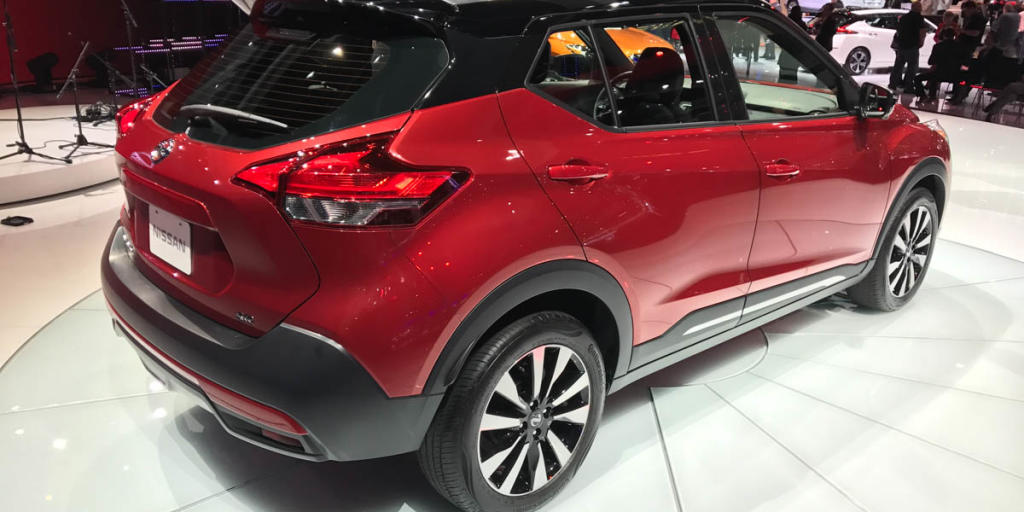 The look of the 2018 Nissan Kicks is the result of a close collaboration between Nissan Design America, based in San Diego, and Nissan’s Rio de Janeiro satellite studio, Nissan Design America – Rio. Signature design features include Nissan’s V-Motion grille, boomerang headlights and taillights and the “floating roof” with a “wrap-around visor” look to the windscreen and side glass. There are also bold wheel arch fenders and the vehicle’s crossover stance is accentuated by the rising character line on the bodysides. In addition, the dark lower body trim is said to magnify the body height, emphasizing the ground clearance. The trim is also designed to help resist scrapes.

“From a pure visual standpoint on the street, Kicks is a true head turner, especially in the bold two-tone color combinations,” said Mohnke. 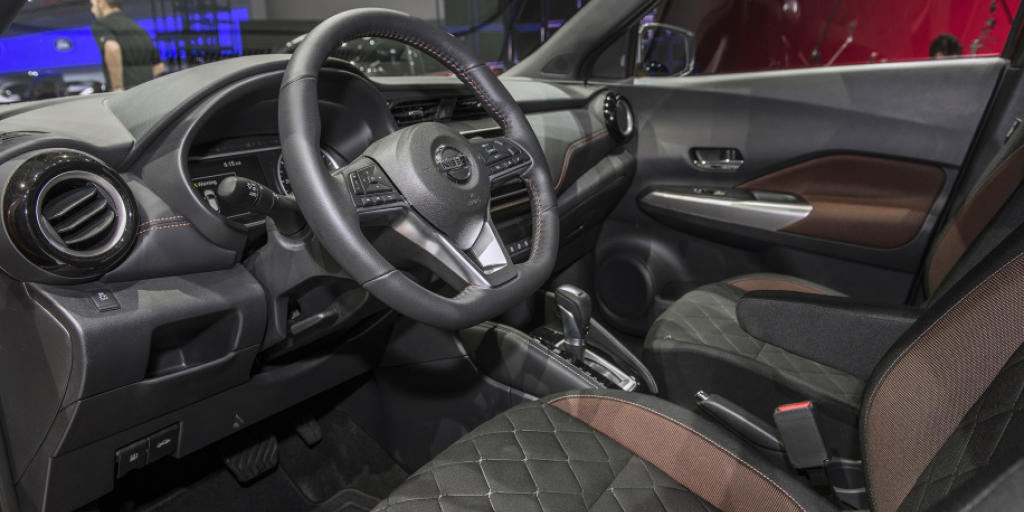 There’s also plenty to talk about when it comes to the interior of the 2018 Nissan Kicks! It was designed with a tech-hungry target audience in mind. That means it features plenty of personalized technology. There’s a simple “Gliding Wing” instrument panel that’s dominated by a centrally mounted 7.0-inch full color display. There are three different interface choices offered with it – NissanConnectsSM, Apple CarPlay or Android Auto.

“The idea behind personalized technology is to allow drivers to do what they want, where they want,” said Mohnke. “For example, they can access mpg numbers, chassis dynamic control, radio/playlist information on the meter screen or on the audio display. You decide what to look at where.”

As for room inside the vehicle, Nissan says its new Kicks provides ample passenger space throughout. The vehicle is said to accommodate five passengers comfortably. The company also claims cargo space behind the second row is larger than four of its key competitors. With the rear seats folded, there’s 32.3 cubic feet of cargo space. The 2018 Kicks has an additional 21.8 cubic feet of space in the trunk well. When combined, that makes for a total of 53.1 cubic feet of usable cargo space.

As for performance, some are quick to point out that while this vehicle is called a compact crossover, it’s only offered in front-wheel drive. So, some claim it’s really more like a hatchback. Nonetheless, Nissan still calls it a crossover! The vehicle comes standard with a 1.6-liter DOHC 16-valve 4-cylinder with Continuous Variable Valve Timing Control System. It churns out 125 horsepower and 115 lb.-ft. of torque. It’s paired with a fuel-efficient Xtronic transmission. The two combined result in a fuel economy that Nissan claims is rated as best-in-class in all three segments: 31 miles per gallon city, 36 mpg highway and 33 mpg combined.

There’s also seven inches of ground clearance with the 2018 Kicks. Nissan says that helps give drivers the confidence to comfortably navigate the city, allowing them to tackle poorly maintained city roads and speed bumps with ease. 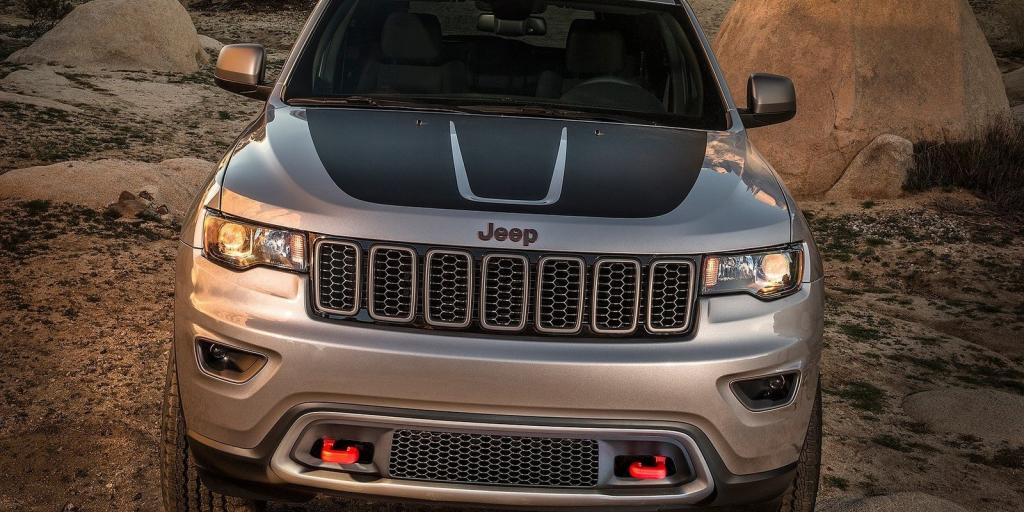 As for safety technology, Automatic Emergency Braking comes standard on all grade levels, along with seven air bags and a RearView Monitor. If you opt for the higher SV or SR grades, you’ll also get Blind Spot Warning and Rear Cross Traffic Alert. In addition, the SR grade includes a standard Intelligent Around View Monitor. It uses four on-board cameras to present a virtual composite 360-degree bird’s eye view of the vehicle. 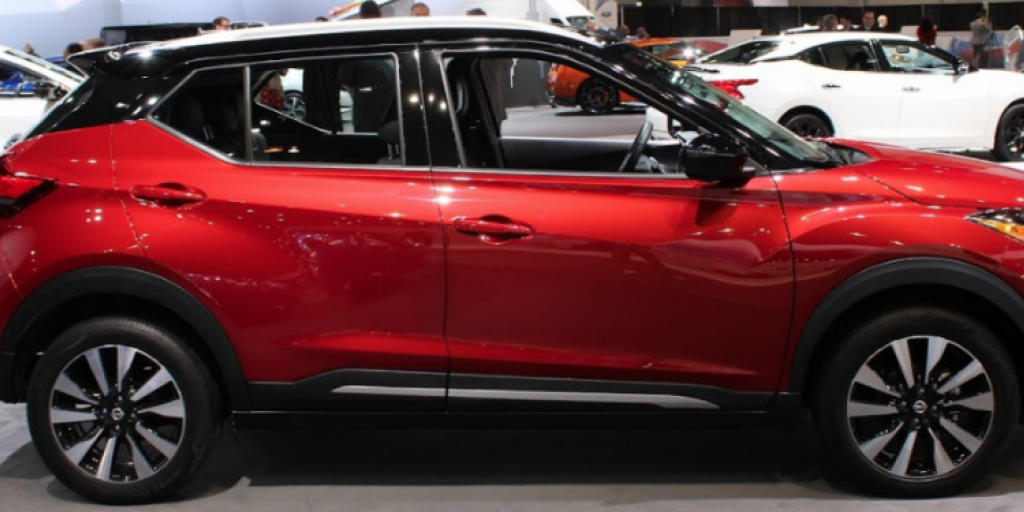 If you’re a young person with a need for a new vehicle to help you navigate your city, the Kicks might just be for you! With three grades to choose from and plenty of style options, there’s a lot you can get out of this compact crossover! It certainly is not an off-roading behemoth, but if city driving is what you’ll be doing this just might be a great fit! The affordable price, at the very least, is bound to make this vehicle attractive to some young consumers.