We’re sharing all of the details that we know so far about these vehicles with you below. Continue reading to learn more! 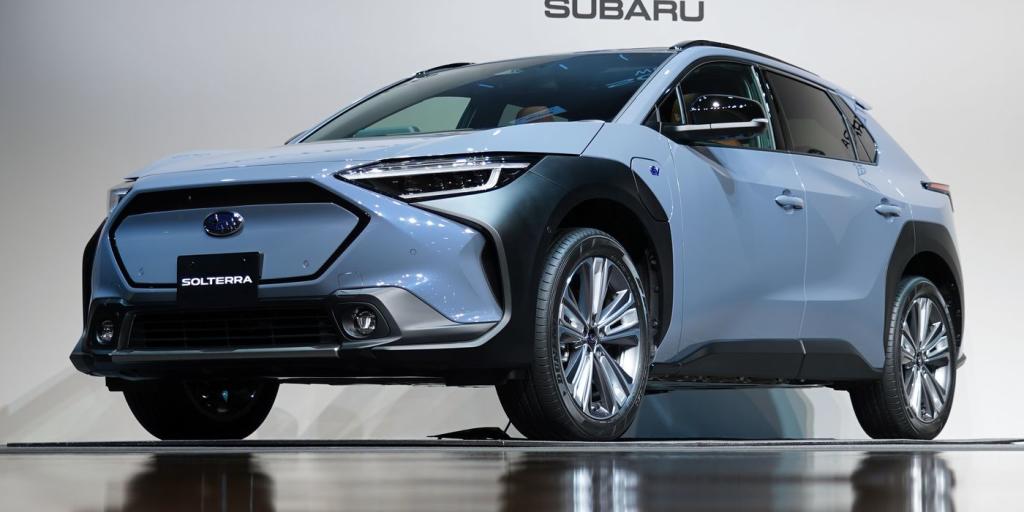 The 2023 Subaru Solterra was named by combining the Latin words for “Sun” and “Earth.” It’s built on the e-Subaru Global Platform, a new all-electric vehicle architecture.

Subaru also says that its new all-electric SUV represents the natural evolution of Subaru all-weather, all-road performance. It goes on sale in 2022 and will officially debut at the L.A. auto show on November 17.

Subaru’s all-new Solterra SUV features standard symmetrical all-wheel drive and plenty of ground clearance that help make it ready for all your adventures.

Subaru also says its 2023 Solterra SUV is the most technologically advanced Subaru yet.

“Solterra is quiet, spacious and comfortably equipped with all the cabin technology you need for a modern SUV,” writes Subaru on its website.

Similar to Subaru’s other vehicles, the all-new Solterra comes loaded with advanced safety features. Subaru is also proud to point out how 96% of the vehicles the brand has sold in the last 10 years are still on the road today.

The all-new 2023 Subaru Solterra will make its official debut at the 2021 Los Angeles Auto Show on November 17 at 10:45 a.m. PT. The event will be livestreamed. 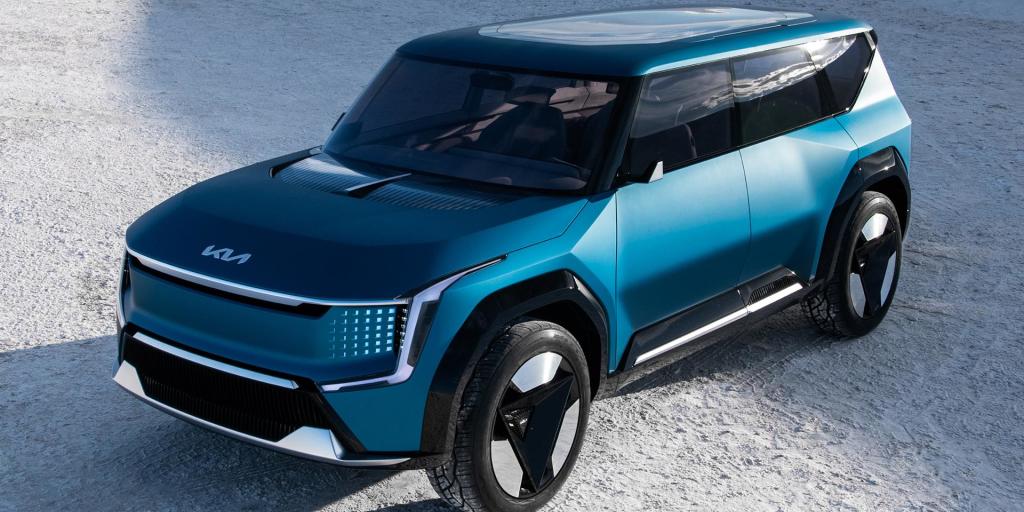 Kia is teasing its Concept EV9 ahead of the L.A. auto show. Some of the first official images released of the all-electric SUV concept show a bold and boxy, yet ultramodern and sleek exterior. Interior images show state-of-the-art technology, including an adaptive and smart lounge space.

“Following the launch of EV6, the Kia Concept EV9 is an intriguing glimpse into the future direction of the all-electric SUV, combining progressive design, state-of-the-art tech, and an advanced all-electric powertrain in one pioneering package,” writes Kia on its website.

Kia’s “Plan S” strategy is to deliver 11 all-new electrified models across the world by 2026.

“The renderings illustrate a highly conceptual cabin that has been honed to give the driver and passengers a light, flexible and adaptive interior space as the experience of the journey evolves,” writes Kia about the Concept EV9’s interior. “A stunning interactive ultra-wide display and a radical new take on the traditional steering wheel are just two of the standout interior features.” 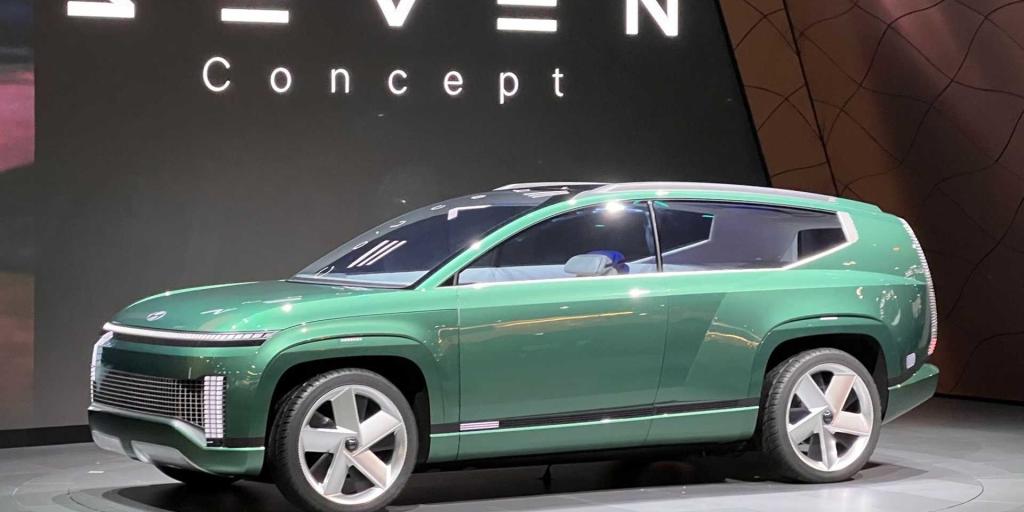 Hyundai is also set to reveal a new all-electric SUV concept at the L.A. auto show. The Hyundai

SEVEN concept previews design and technology innovations of Hyundai Motor’s upcoming all-electric SUV, which people expect to be named the IONIQ 7. It will follow the IONIQ 5 compact crossover that reaches dealerships early next year, as well as the IONIQ 6 sedan that will arrive after that.

The SEVEN concept is essentially the corporate sister to the Kia Concept EV9. The vehicles are expected to have similar pricing.

Hyundai Motor North America President and CEO Jose Munoz says Hyundai will be introducing 23 battery electric vehicles across the globe by 2025. The production version of this SEVEN concept is expected to be the new electric flagship for the brand, just as the EV9 will be for Kia.

The teaser images also show an interior that looks like a sophisticated mid-century modern living room. It has a warm and inviting feel.

Hyundai will fully debut its all-electric SEVEN concept during the L.A. auto show at 9:55 a.m. on November 17. It will remain on display from November 19 to the 28 for the general public to view. You’ll be able to watch the livestream online.

Considering how popular the Kia Telluride and Hyundai Palisade are, it is a smart move on the Hyundai Motor Group’s part to add these new three-row electric SUV flagships. We’re looking forward to learning more about the concept vehicles at the upcoming L.A. auto show, including which features and design aspects will ultimately make it to the production versions.

Again, all three vehicles will debut on November 17. What do you think of them?