We’re getting our first official look at Rolls-Royce’s upcoming SUV, which the company is referring to as its “all terrain, high sided vehicle.” It’s called the Cullinan (at least for now) and from the front, it looks like a supersized Phantom. Rolls-Royce first announced it was developing the vehicle in 2015 and now it’s being tested in public. That means consumers with a lot of cash to spare are now one step closer to getting their hands on the company’s first-ever SUV.

The vehicle is named after a massive diamond that was discovered at a mine in Cullinan, South Africa in 1905. It weighed 3,106.75 carats and was presented to King Edward VII of the United Kingdom for his 66th birthday. Not a bad present, right? It was then cut into several polished gems, the largest of which is named Cullinan I or the Great Star of Africa. At 530.4 carats, it’s the largest clear cut diamond in the world. While Rolls Royce has been using the name for the vehicle internally and it’s unclear whether the SUV will actually carry the Cullinan name, it certainly fits the brand.

We first learned Rolls-Royce had its eyes set on building an SUV in February of 2015. In an open letter published in the Financial Times, it was revealed that the company planned to build a high-bodied car that could cross any terrain. “A Rolls-Royce that is as much about the pioneering, adventurous spirit of Charles Rolls as it is about Sir Henry Royce’s dedication to engineering and innovation,” stated the letter. The company said it was beginning to develop the vehicle because there was a great demand for it. “Many discerning customers have urged us to develop this new car – and we have listened. At Rolls-Royce Motor Cars we are uniquely focused on the desires of our customers and are driven by our own thirst to innovate. So we challenged our engineers and design team, led by Director of Design Giles Taylor, to create a different and exceptional new car.” At the time, the company said it was a seminal moment in Rolls-Royce’s 111-year journey. “This car will embody all the values and capabilities that drove our two Founding Fathers to secure Rolls-Royce’s reputation, early last century, by taking top honours in rigorous overland adventures such as the Scottish Reliability Trials, the London to Edinburgh event and the Alpine Trials.” The Cullinan is expected to compete with the Bentley Bentayga, which Bentley calls “the best SUV in the world.” In an interview with Auto Express at the 2015 Frankfurt Motor Show, however, Rolls-Royce Motor Cars Chief Executive Officer Torsten Müller-Ötvös did not seem fazed in the least bit by the competition. “The Bentley SUV is clearly the number two; Rolls-Royce is the best in the world and will be when our model arrives. We will bring a great new car, and an authentic Rolls-Royce into the market,” said Müller-Ötvös. 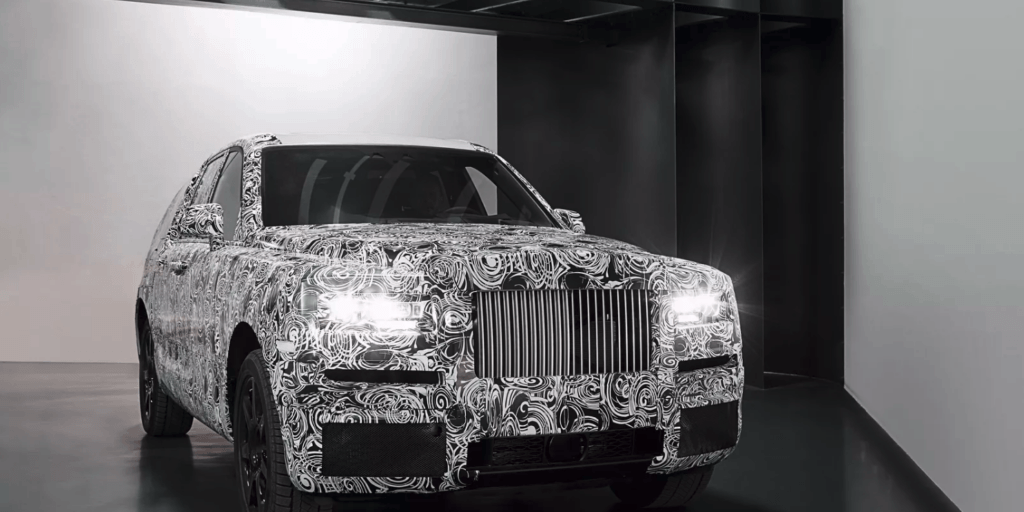 The company promised in February of 2015 to take their time developing and perfecting the vehicle and now we’re getting a closer look at those efforts. The company has released images of the Cullinan. While heavily camouflaged, it’s clear the vehicle shares its exterior styling character with the company’s flagship Phantom vehicle. While the Cullinan’s rear end is not shown in the photos released, reports suggest it will have suicide rear doors like the Phantom. “This is an incredibly exciting moment in the development of Project Cullinan both for Rolls-Royce and for the patrons of luxury that follow us around the world,” said Müller-Ötvös. “Bringing together the new four-wheel drive system and the new ‘architecture of luxury’ for the first time sets us on the road to creating a truly authentic Rolls-Royce which, like its forebears, will reset the standard by which all other luxury goods are judged.” As Müller-Ötvös mentioned, the Cullinan will be the first vehicle to feature the company’s all-new lightweight aluminum architecture which is referred to as the “Architecture of Pure Luxury” by the company. It will underpin all of the brand’s products from 2018 onwards. Reports also suggest that in production form, the vehicle will have the Phantom’s 6.75-liter V12 engine under its hood.

The vehicle is expected to be released in 2018, but Rolls-Royce has a lot of work to do before then. It’s now testing the vehicle in public in locations across the world. Rolls-Royce says the challenging testing program is to ensure that the product will be “Effortless…Everywhere.” After Christmas, the Cullinan will enter the Arctic Circle to undergo cold weather durability and traction testing. The company says later in the New Year, the vehicle will then travel to another part of the world where the weather is quite different. It will travel to the Middle East to endure the highest of temperatures and challenging desert conditions. Considering Rolls-Royce’s popularity in Dubai, it certainly makes sense for the vehicle to be tested in the Middle East, although we’re not exactly sure where that testing will occur. 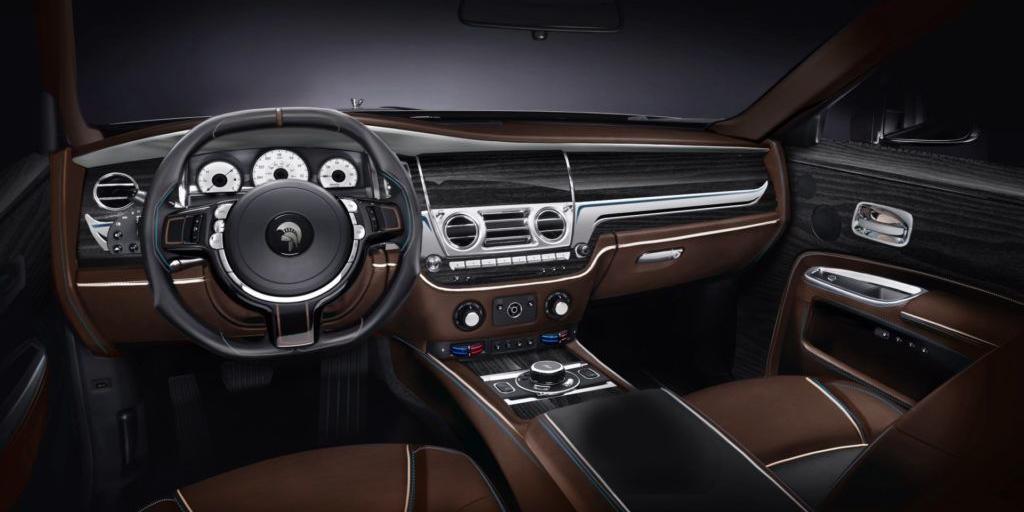 We’re not sure how much the Rolls-Royce Cullinan will cost but you can bet it will cost a pretty penny. Considering the fact that the base price of a Phantom exceeds $400,000, the Cullinan will likely be one of the most expensive vehicles on the road. Because everything about it will be customizable, people who own the vehicle will likely end up shelling out a lot more than that. The Cullinan will go head-to-head with Bentley’s Bentayga SUV, although as we mentioned, Rolls-Royce already thinks it has Bentley beat. Bentley also isn’t the only other premium automaker to come out with an SUV. Alfa Romeo recently revealed its Stelvio SUV at the Los Angeles Auto Show and then there’s the Maserati Levanti and, of course, the wildly popular Jaguar F-Pace. Rolls-Royce, however, does not seem fazed by the competition. After all, it has a solid grasp on the global elite and it doesn’t seem to believe its consumers are the same ones that would be interested in purchasing the F-Pace, for example.