It’s that time of year again. The Geneva International Motor Show is fast approaching and as it does, excitement continues to build for the vehicles that will be unveiled there. At least two sports utility vehicles will make their debut at the annual show. Mitsubishi Motors Corporation will debut its new compact SUV at the event in Geneva, Switzerland. Also slated to make its world debut at the show is Subaru of America’s next-generation Crosstrek SUV (called the XV in other markets). Both companies have released teaser images of their new vehicles but haven’t released many other details about them. So let’s break down what we know and what reports are saying about the vehicles. 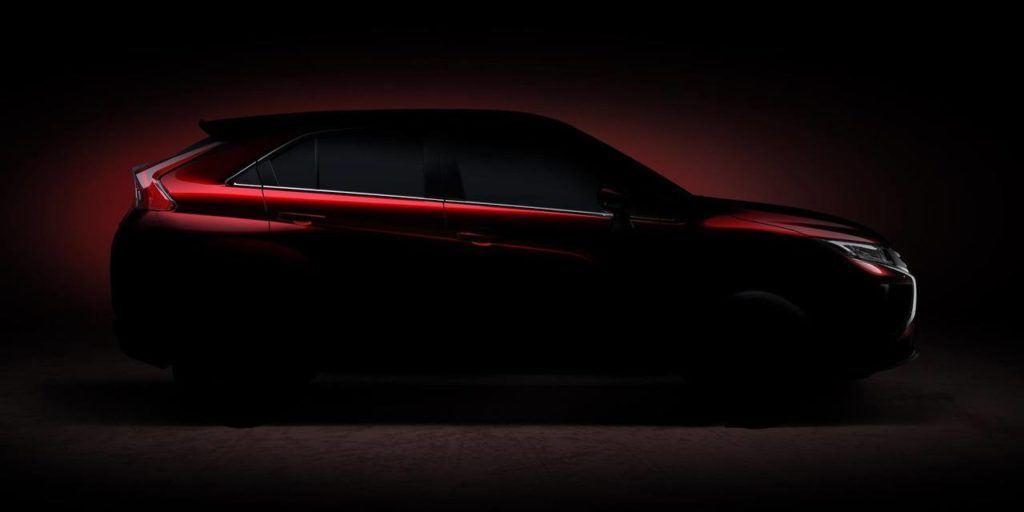 The new compact Mitsubishi SUV is expected to sit between the Outlander Sport (known as the ASX in other markets) and the Outlander. The company announced the vehicle will be called the Eclipse Cross. The Eclipse portion of the name derives from the popular speciality coupe model that the company sold in the U.S. from 1989. Cross, meanwhile, is short for crossover. As for what the Eclipse Cross looks like, the teaser image Mitsubishi released shows a sleek, coupe-like vehicle. The company says styling features include a wedge-shaped belt line, a forceful character line running through the side, a more steeply raked rear window, and long wheelbase with short overhang proportions. Mitsubishi says the features produce a sharp and active looking SUV. “Together with heavily flared front and rear fenders, these elements create a dynamic and sporty design that engenders the powerful image of a stocky track athlete,” the company wrote in a press release regarding the upcoming unveiling. Executive Vice President and Chief Operating Officer of Mitsubishi Motors North America Don Swearingen told reporters at the North American International Auto Show in Detroit that the new crossover “will be the best vehicle Mitsubishi have ever produced.” With a bold statement like that, we're expecting a lot from the Eclipse Cross. It makes sense for Mitsubishi to introduce an all-new vehicle to its crossover lineup because the Outlander Sport and Outlander have been such great performers for the company. Swearingen said in Detroit that they have been instrumental in helping Mitsubishi increase sales in the United States for four consecutive years. Total sales for 2016 were up 1.0 percent over 2015. When you look at the statistics, it's clear the Outlander helped. Sales of the vehicle reached 26,576 in 2016. That’s a 39.5 percent jump over 2015 when 19,055 were sold. While sales of the Outlander Sport were slightly down for 2016, it still remained the brand's volume leader with total 2016 sales of 33,067. That makes the Outlander and Outlander Sport crucial to the brand and proves why adding another SUV to the lineup could help the company rake in even more cash. The new crossover’s design appears to pull from the XR-PHEV concept that was unveiled at the Tokyo Motor Show in 2013 as well as the XR-PHEV II concept that debuted at the 2015 Geneva auto show. Both concept vehicles are similar in design and feature an athletic body. Reports suggest it’s possible that the plug-in hybrid system of those concept vehicles previews one of the powertrains destined for the Eclipse Cross. Reports also suggest the vehicle will take cues from the eX concept that Mitsubishi first revealed at the Tokyo Motor Show in 2015. Swearingen said the Eclipse Cross is due to reach the U.S. market in early 2018. It is expected to compete with the Nissan Juke and Toyota C-HR. We’re certainly excited to see what the vehicle has to offer when it debuts in March. 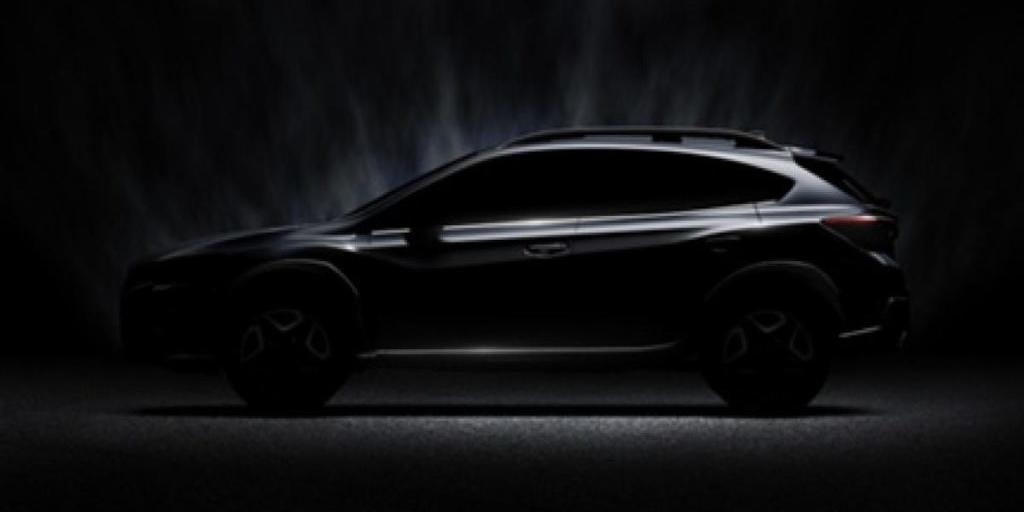 The all-new Subaru Crosstrek will be unveiled at 11:00 a.m. on March 7 at the 87th Geneva International Motor Show. Unfortunately, Subaru has released even less details than Mitsubishi about its upcoming sports utility vehicle. The company did, however, release a teaser image. It appears the next-generation Crosstrek will sport a long and lean body with bold character lines and a sloped roof. By no surprise, the all-new Crosstrek definitely looks like a slightly toned down version of the XV concept that Subaru unveiled at last year’s auto show in Geneva. That concept vehicle's bold design cues include a striking belt line and hawk-eye headlights integrated into the front bumper. Because the Crosstrek is based on the Impreza, you can also take a look at the redesigned 2017 Impreza for what you could possibly expect from Subaru’s upcoming SUV. The fifth-generation Impreza is built on the Subaru Global Platform, which underpins all of the company’s new models. It has a much stiffer body, making it safer. The overhauled Impreza also comes with an upgraded 2.0-liter Boxer engine that produces 152 horsepower. Reports suggest that like the Impreza, the new Crosstrek will come with standard all-wheel drive. The Subaru Crosstrek first hit the market in 2012. At the time, it was called the XV Crosstrek. The company dropped XV from the vehicle’s name in the U.S. in 2015.  Regardless of the name, the vehicle has proven to be a solid performer for Subaru. December 2016 was the best month ever for the vehicle, capping off an equally great year for it. The company sold 95,677 Crosstreks in 2016. That’s an increase of 7.6 percent from 2015. Overall, the company sold a record 615,132 vehicles in 2016 in the U.S., a 5.6 percent increase from the previous record of 582,675 sales in 2015. “December represented the best month ever for Subaru of America, topping off the best year in the company’s history, in both sales and market share,” said Jeff Walters, senior vice president of sales. “Subaru is well positioned to continue its success into 2017." Subaru is hoping to have enough success in 2017 to make it its ninth straight year of record U.S. sales and clearly, the company is banking on its next-generation Crosstrek SUV to help it reach that goal. 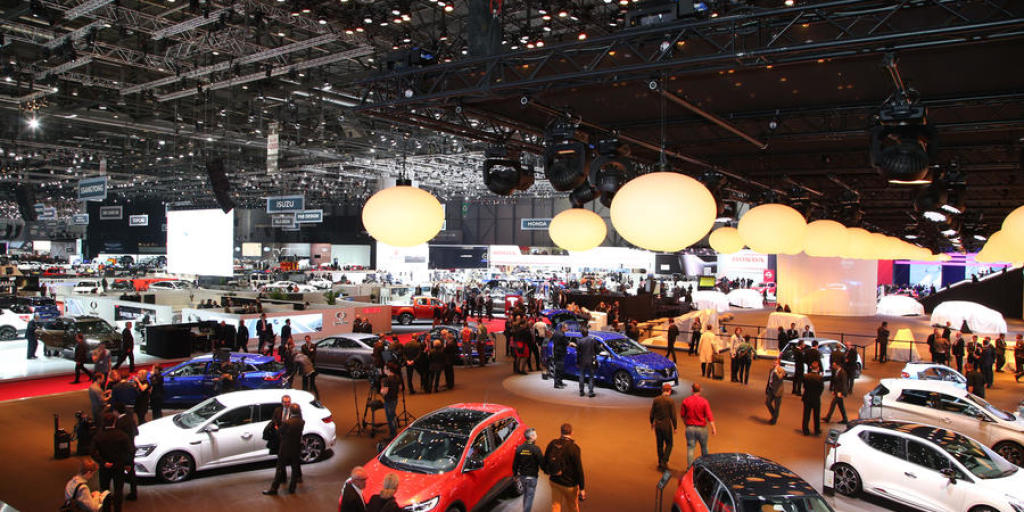