Unfortunately it won’t be available in the United States but this sports utility vehicle is simply so extravagant that we can’t not write about it. The Mercedes-Maybach G650 Landaulet has been called the ultimate safari machine and it follows two other spectacular vehicles, the AMG G 63 6x6 and G500 4x4. It offers even more power than those vehicles, however, and comes with plenty of exclusive equipment. The open-top G-Class is the first off-roader from the Mercedes-Maybach sub-brand. The vehicle itself is incredibly exclusive. Only 99 units of the special all-terrain vehicle will be produced. The company says it was designed to meet the expectations of consumers who want only the very best.

It was also built to highlight the rich history of the G-Class, which has been in production since 1979. The company says the new Mercedes-Maybach G 650 Landaulet demonstrates that the off-road icon can always be taken to a new level of luxury. 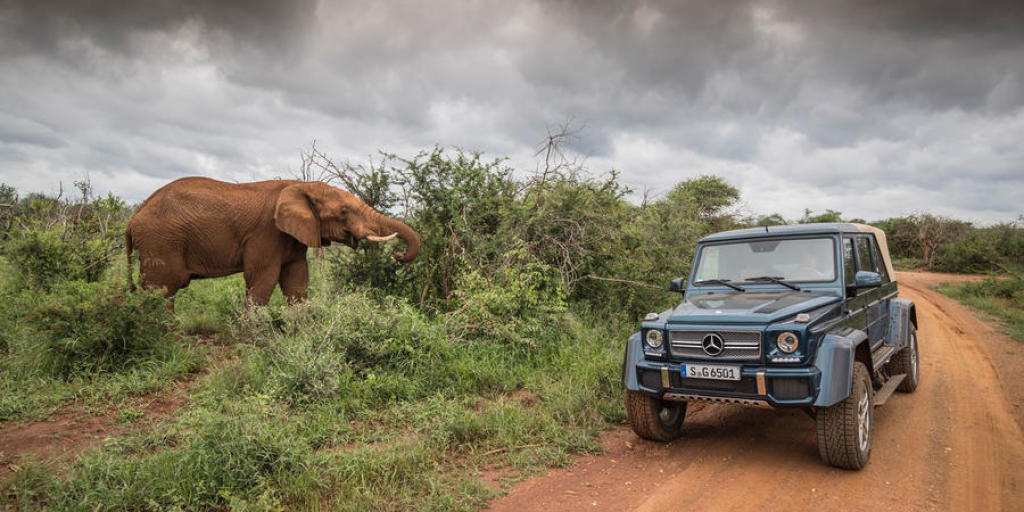 The open-top four-seater will make its world premiere and sales release at the 2017 Geneva Motor Show. The market launch of the special series will then begin in the fall. 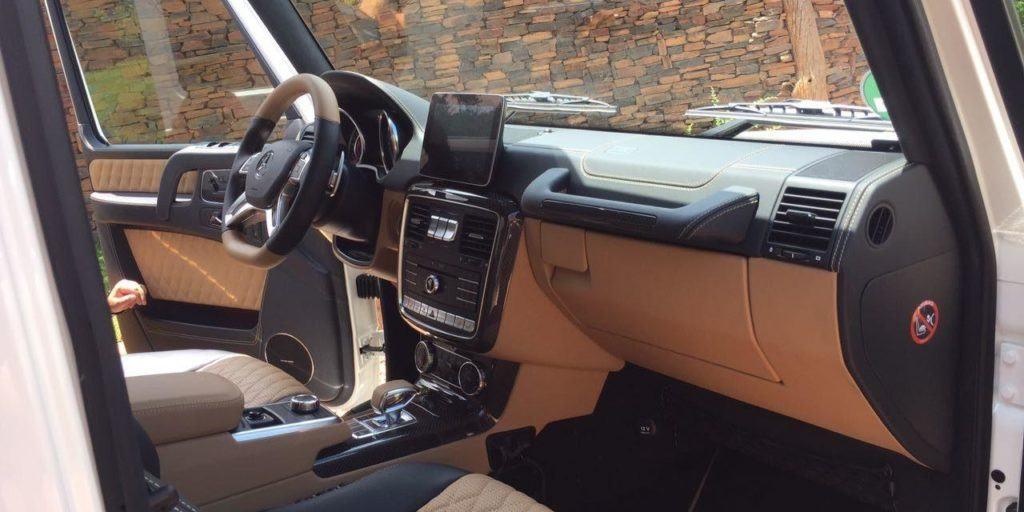 The coolest part about this vehicle is the large folding top that partially opens to offer a large view of the sky. While the driver and front passenger remain under the closed roof to protect them while driving, the rear passengers get to enjoy the open-air experience in maximum comfort from their single seats.

The vehicle’s electrically multi-adjustable seats can be set to a fully reclined position, making them perfect for stargazing. Thanks to the vehicle's 134-inch wheelbase, there’s also plenty of space for calf rests which make reclining even more comfortable. The multicontour seats also come with a massage function that employs inflatable air chambers to provide comfort and lateral support. The massage programs mimic a relaxing hot-stone massage, including the heat. 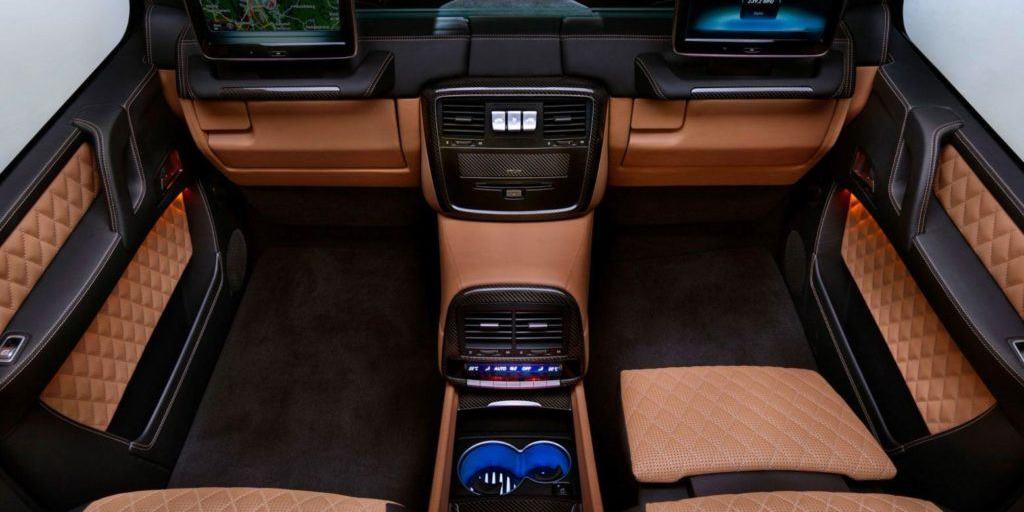 The rear also features a large business console between the individual seats with thermal cup holders. Drinks can be cooled or heated over a lengthy period of time. While we’re not sure why you would want to do business while out viewing wildlife on a private safari, it’s pretty cool that you could heat yourself up a cup of tea or coffee if you needed to. As for a place to set your drink, the center console also comes with two tables that can be easily folded in or out with one hand. They features leather inserts to provide a comfortable writing surface or to allow the use of tablets. If you’re in the mood to be entertained, the rear also features two 10-inch LCD displays. What really makes the rear extra special, however, is the electrically operated glass partition that separates the rear compartment from the driver’s section. At the press of a button, the glass can be changed from transparent to opaque. Talk about romantic! Also at easy reach is a control for the rear air conditioning.

When it comes to the front of the vehicle, there’s a “G cockpit” in the style of the driver’s instrument panel. The center console houses three switches that are used to change the interior lighting and to open and close the soft top.

While the interior deserves the most attention, we can’t forget about the exterior. It features exclusive “LANDAULET” lettering that’s worked into the rim flanges of the 22-inch 5-twin-spoke light-alloy wheels. Other features include front and rear underride guards and large wheel-arch flares in carbon fibre. 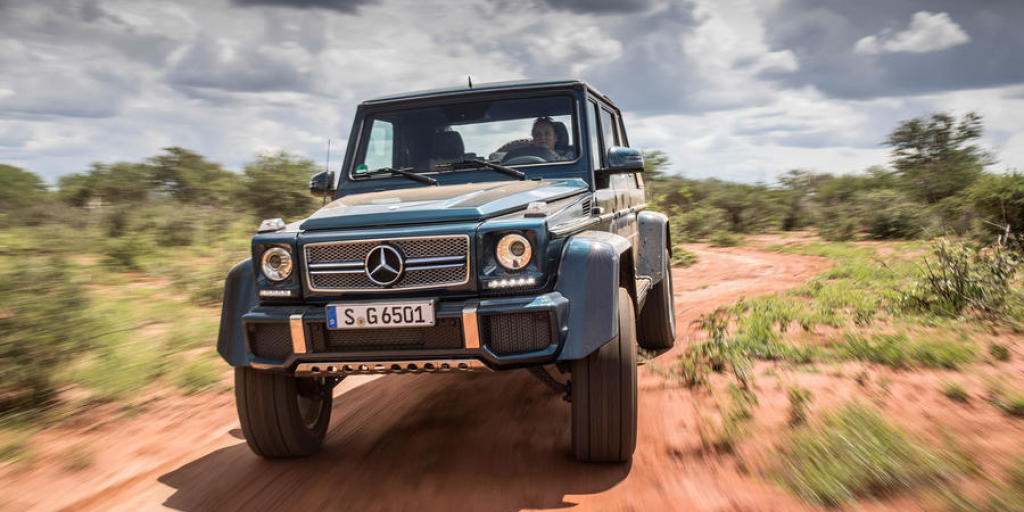 The vehicle offers more power than the AMG G 63 6x6 and G500 4x4 with its V12 biturbo, which delivers a maximum output of 630 horsepower and 738 lb.-ft. of torque. Like its predecessors, however, the G650 uses a four-wheel-drive system with differential locks. Also familiar from the AMG G 63 6x6 and G 500 4x4, the portal axles provide ample ground clearance of 17.7 inches. The company says it's what allows the open-top all-terrain vehicle to overcome even extreme obstacles in “masterly fashion.”

“In contrast to a conventional rigid axle, the wheels are not at the height of the axle centre, but are instead situated much further down on the axle heads owing to the portal transmission,” writes the company in a press release.

It’s certainly a shame that reports suggest this vehicle won’t be available in the United States, but with so few being produced across the globe it’s one of those cars you probably would never get a look at anyway. If you're interested in owning a Mercedes-Maybach SUV, however, no need to worry. Here at SUVs.com, we've reported on plans for a Mercedes-Maybach GLS SUV to launch in 2019.

As for the G650, only 99 will be made and they will hit the market in the fall. The price has not yet been released but we’re sure it will be plenty expensive. Again, it will be shown at the 2017 Geneva Motor Show.