Lexus says when it introduced its Lexus NX crossover to the world in 2014, it couldn’t have predicted how popular it would become. The brand even went as far as to say the vehicle became a worldwide sensation as it outperformed sales forecasts in every one of its markets including North America, Europe and China. Lexus attributes the luxury compact SUV’s success to the fact that it’s stylish, has exciting driving dynamics and excellent fuel efficiency.

To keep the vehicle a bread winner, Lexus decided to refresh it for 2018. The updated SUV was introduced at the 2017 Shanghai Motor Show. The 2018 NX has bold new exterior styling, a reworked interior, enhanced handling and added safety. It comes in standard and hybrid. 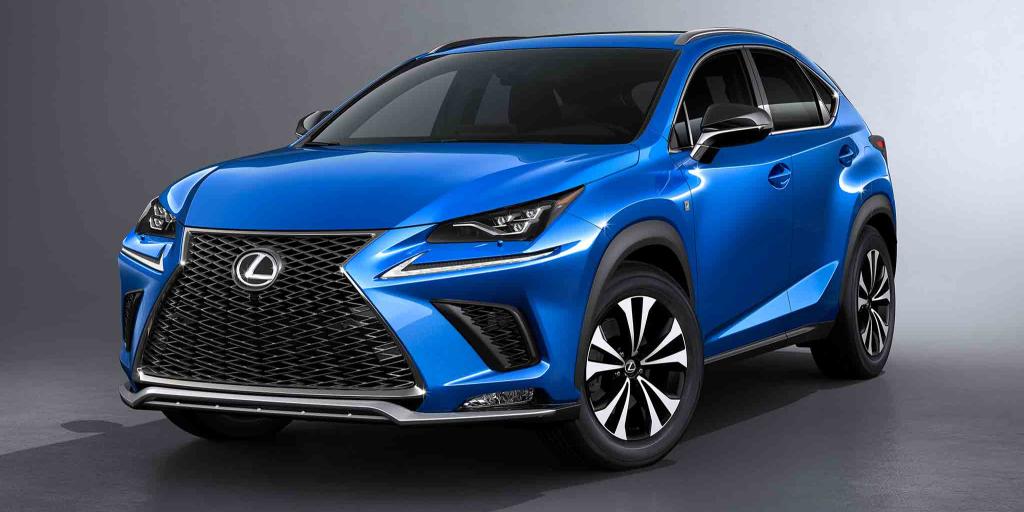 The most dramatic change Lexus made to its NX vehicle was to its exterior. The entire front fascia of the new NX has been refreshed for 2018. The upper portion of the grille and the front bumper have been redesigned so that they more seamlessly blend into the hood and front doors. Lexus says it gives the NX a sleeker overall shape and has resulted in improved aerodynamics. Headlamps with triple projectors, similar to the ones you can find on the LC luxury coupe, are now available and give the refreshed NX a sportier look. Other changes to the front end include satin and smoked chrome trim pieces that have been applied to the grille treatment. New vertical elements have also been added to the grille’s inner portion.

“Starting at the spindle grille, the way the front edges connect to the front fenders results in a much bolder expression than before, clearly highlighting the NX’s style design architecture,” said Shin Kamiura, of the Lexus Design Division, who designed the NX’s exterior. “We’ve also changed the shape of the lower front bumper to better support the spindle grille, as well as relocated the fog lamps to the corner of the front bumpers, separating them from the ducts. The result is a front fascia with a stronger and more aggressive presence.”

The NX’s rear has also been refreshed for 2018. 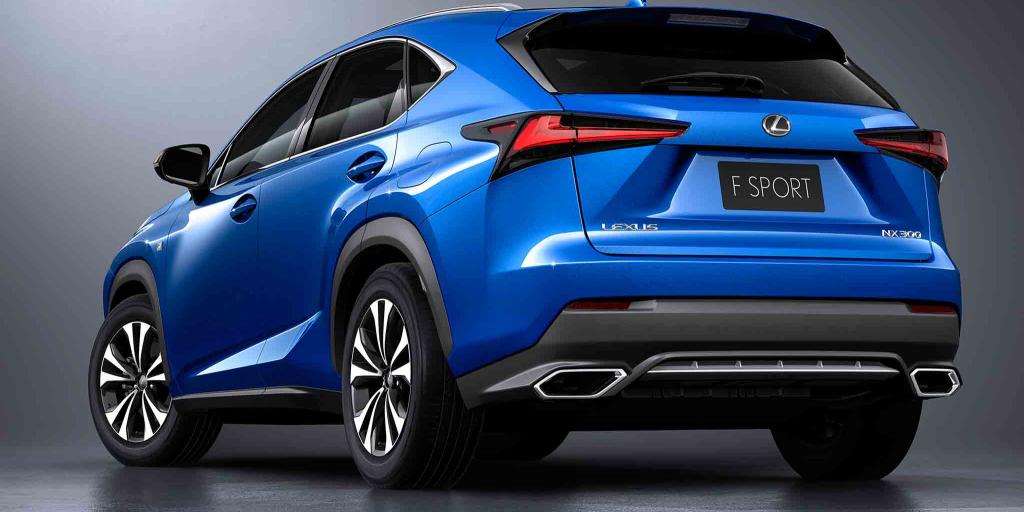 “The lower rear bumper cover now involves elements of the grille’s spindle motif, and has been broadened to enhance the vehicle’s wide stance and low-center-of-gravity look,” writes Lexus.

The vehicle’s taillights have also been elongated and the black garnish has been revised to better emphasize the shape of the lenses. Other changes to the rear include larger chrome-tipped exhaust tips and a new rear underbody spoiler.

As for wheels, new aluminum 18-inch wheels are now available. Lexus says the other options are also attractive. Finally, when you now wave your foot underneath the rear bumper, the motion will open or close the rear hatch.

The 2018 NX’s interior wasn’t changed as much as its exterior was but it still received some updates. Lexus says the vehicle’s interior design was reworked to exude a sportier nature and a more luxurious feel.

A significant change that stands out is the larger available display that’s located on the center dashboard. It grew pretty significantly as it went from seven inches to 10.3 inches. The design of the heating and air conditioning panel has also been changed. It was simplified by replacing buttons with easy-to-operate toggle switches. The analog clock has also been slightly enlarged to make it easier to read. Speaking of enlargements, the remote touch interface pad located on the center console is also now larger. It has also been redesigned so that it’s easier to use and the palm rest has been reshaped in order to make it more comfortable for your wrist. Because cellphones continue to grow in size, the wireless charging tray where occupants set their phones to charge is also now slightly larger. The USB ports can now charge the phones faster as their amperage has been increased. 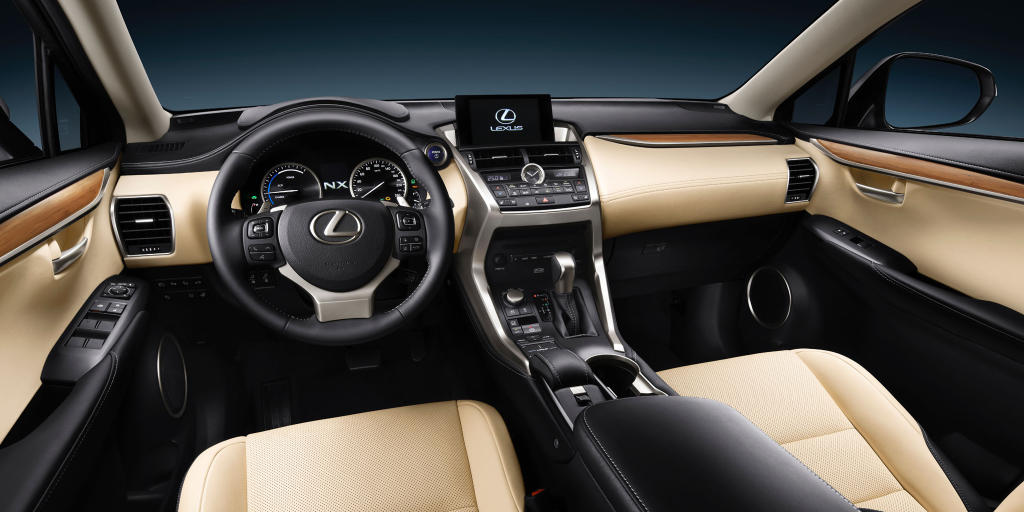 In order to enhance ride and overall handling, the 2018 NX now has a new Adaptive Variable Suspension that’s based on the system found in the LC 500. It also has new shock absorbers and the vehicle’s springs, stabilizer bars and bushings have been retuned.

“Both drivetrains offer customers a richer, sportier engine sound and exhaust note that is reproduced through the speakers by Lexus’ Active Sound Control,” writes Lexus.

While it’s nice to be able to hear the sporty engine, other less attractive sounds are kept out of the vehicle as the 2018 NX features reduced noise, vibration and harshness. That’s thanks to a combination of suspension tuning and the addition of sound deadening materials within the vehicle’s body.

Lexus has been working to make its suite of safety systems standard on almost every new model. That’s no different when it comes to the 2018 NX. It comes standard with Lexus Safety System + which includes safety technologies such as the Pre-Collision System, Dynamic Radar Cruise Control System, Lane Departure Alert and Automatic High Beam.

A performance-minded version of the NX remains available. That’s the NX F Sport. It continues to feature the same turbocharged 2.0-liter inline-4 as the standard NX but it’s distinguished by its pronounced mesh grille with jet-black plating and exclusive wheels. The wheels feature a bright machined finish with black solid paint. Inside, there’s Metallic Sport interior trim ornamentation.

While the 2018 NX certainly did not receive a complete overhaul, the updates it received make it a more attractive option for those looking to buy in the compact luxury segment.

“For the new NX, we made bold refinements to the design, elevated its performance and added new features to enhance its comfort and convenience,” said Takeaki Kato, the chief engineer of the NX. “The new NX still possesses the same elements that have made it popular in the past—a sharp design, everyday convenience and driving pleasure that will satisfy all enthusiasts—but the vehicle as a whole has evolved dramatically, as you’re bound to see and feel when you first experience it.”

Lexus hopes the refresh helps the vehicle continue to be a solid performer. As mentioned before, the NX has done much better than expected.