Land Rover loves opening its doors to its customers and is now offering a new tour to fans of its brand. It's called the Reborn Tour and it gives visitors the chance to check out the restoration of an early Land Rover up close at its facility in Solihull, England. So if you're taking a trip to England anytime soon, it might be worth a stop! The tour gives people a chance to get a firsthand look at the restoration of classic, Series I vehicles. The Series I became to be known as the Defender in the early 1990s. Land Rover stopped production of the Defender at its Solihull plant in January. The vehicle was phased out due to safety and emissions regulations. While Land Rover plans to eventually release a successor, the temporary end of production had longtime factory workers feeling glum. Shortly after production ended in January, however, the company announced its Land Rover Reborn program. The Land Rover Classic division handles the program. Classic's team of experts hand-pick Series I models to completely restore. The vehicles are restored according to original 1948 factory specification. Land Rover classic parts are used to preserve full authenticity. "Reborn showcases Land Rover Classic's expertise in restoring and maintaining our loyal customers' prized Land Rovers," said Tim Hannig, director of Jaguar Land Rover Classic. "It also demonstrates the business's commitment to supporting customers with original and genuine parts for Land Rover models that have been out for production for longer than 10 years." The restored vehicles are actually for sale. Customers are able to select their preferred base vehicle and are able to follow the process from start to finish. Each classic comes with a 12-month warranty. "Land Rover Reborn gives our customers the chance to own a piece of automotive history - a fully manufacturer restored Series I Land Rover," said Hannig. Even if you don't plan on buying one of the restored vehicles, you can still take the Reborn Tour. It's relatively inexpensive and is an hour and a half long. It begins with refreshments and a conversation with a Land Rover tour guide. Land Rover's website states those who take the tour will "gain a unique and fascinating insight into Jaguar Land Rover's history at the plant, plus 1940s production techniques and the many fascinating stories of the 1948 Series I to the recent Defender." Following the workshop tour, visitors can choose to pay extra for the driving experience. A trained and experienced instructor will take visitors behind the wheel of a Defender. It allows you to put the vehicle to the test on the off-road tracks near the Solihull facility. 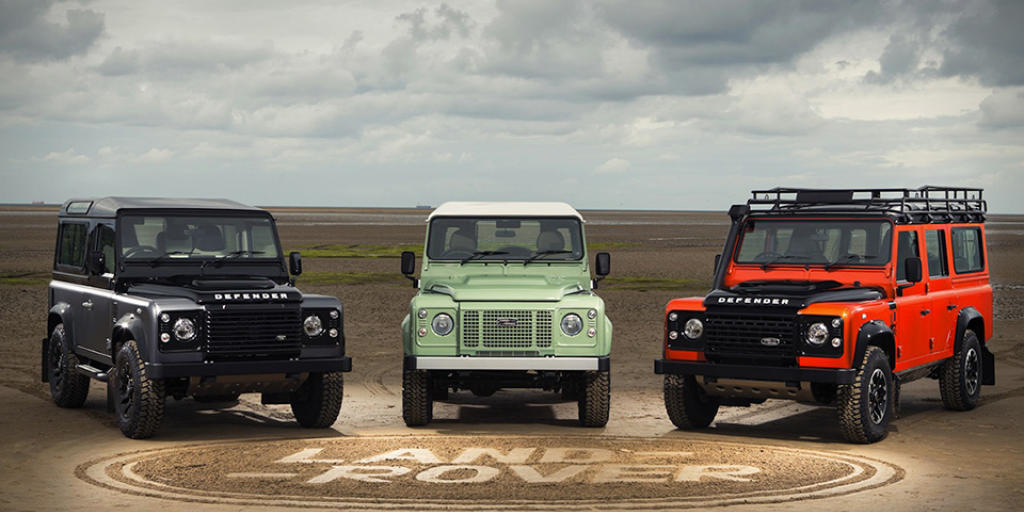 Series I Restoration Process If you end up wanting to purchase one of the restored vehicles, you should know the restoration process is an extensive one. Before the team begins any work, they first put each hand-picked vehicle through an in-depth examination. The crew determines what needs to be restored by performing a physical check against the original build specifications. The team then dismantles the vehicle and restores its panels. The panels are painted in one of the five original period colors. Those colors are Light Green, Bronze Green, Royal Air Force Blue, Dove Grey and Poppy Red. The crew then gets to work on the interior. They strip back the seats to their bare frames and re-cover them in whatever period material the customer chooses. As for the engine, it is stripped and rebuilt. Land Rover’s 12-month or 12,000 mile manufacturer warranty helps guarantee it will keep performing. The last step of the restoration process is dedicated to the details. The team makes sure all components are refinished to the vehicle’s original cosmetic specification. The Year Leading Up To The Defender’s End We're sure lots of people will jump at the opportunity to check out the restoration process up close by taking the Reborn Tour. That's because there are a plenty of Series I fans out there. Many of them actually visited the plant before the Defender was taken off the production line. More than 10,000 people took part in the Defender Celebration Tour. It opened on Jan. 27, 2015. For that tour, visitors were given vintage overalls to make them feel like they were being transported back in time. The tour featured a detailed recreation of a 1948 Series I assembly line. It also included stops along the modern production line of the Defender to view body manufacturing and final assembly. Visitors raved about the tour, saying it was an excellent way to see the Defender in its final glory. Land Rover really wanted to make sure it celebrated the Defender in every way it could leading up to January 2016 when it was taken off the production line. That’s why before the Defender Celebration Tour even kicked off, Land Rover created a massive, sand drawing of the Defender. It was drawn in Red Wharf Bay in Anglesey, U.K. using a team of Land Rover vehicles. Land Rover posted a video of the process online. It was a delicate one as the drawing had to be completed in three hours so that the tide wouldn’t wash it away before it was done. The drawing was a tribute to the moment in 1947 when Land Rover founder Maurice Wilks first sketched a utility vehicle in the sand that would become the Defender. 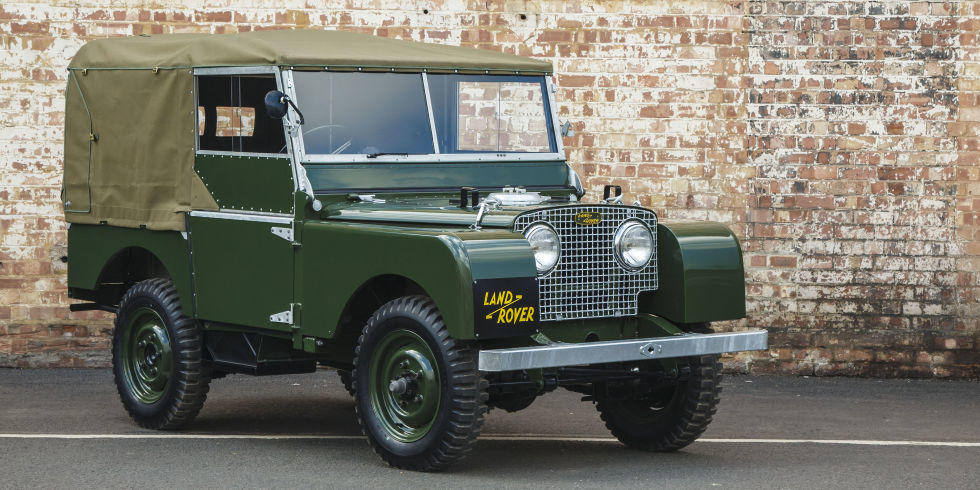 Defender’s Future While we don’t know when the Defender will return to the production line, it will most likely look much different when it does. It will likely trade in its boxy exterior for a more curvaceous look. In the meantime, however, people can get their Defender fix by traveling back in time. Whether you’re interested in purchasing one of the restored Series I vehicles or just getting an up close look at the restoration process, there are plenty of ways for you to connect with Land Rover’s most classic vehicle.