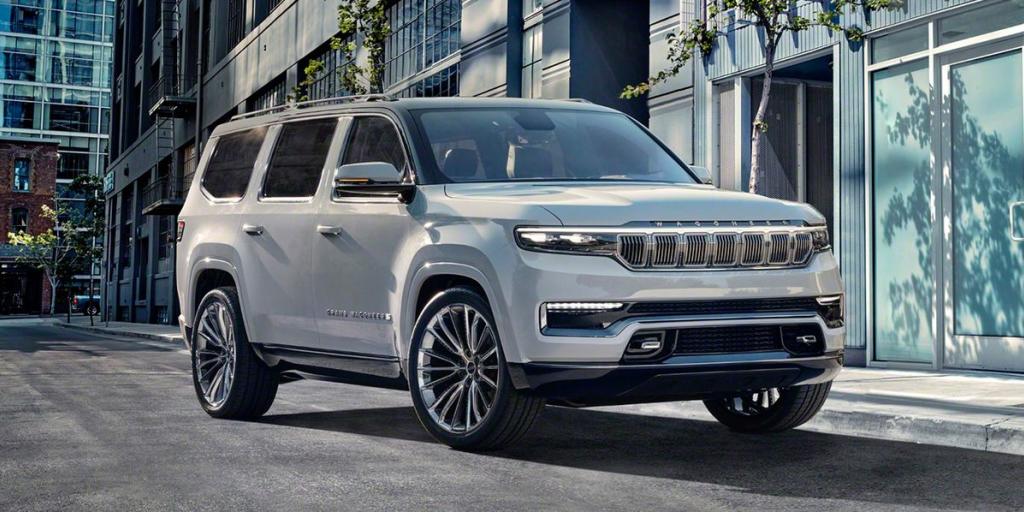 It’s the rebirth of an American icon! Jeep just revealed its all-new Grand Wagoneer Concept and it offers a hint of what the modern expression of the Wagoneer and Grand Wagoneer will be.

“Our new Grand Wagoneer Concept marks the first step in the rebirth of Wagoneer — a true and rare premium American icon,” said Christian Meunier, global president of the Jeep brand — FCA. “With the electrification of each Jeep nameplate coming in the next few years, and the reintroduction of Wagoneer, we are quickly expanding into new segments and more premium space.”

The reveal of the Grand Wagoneer Concept is a big deal for the Jeep brand as Jeep has promised to resurrect the Wagoneer name for many years. The hope is that the revived Wagoneer and Grand Wagoneer will help Jeep better compete in the highly profitable large SUV segment.

Production versions of the revived Wagoneer and Grand Wagoneer are slated to arrive in showrooms next year. They will be built near Detroit, Michigan. 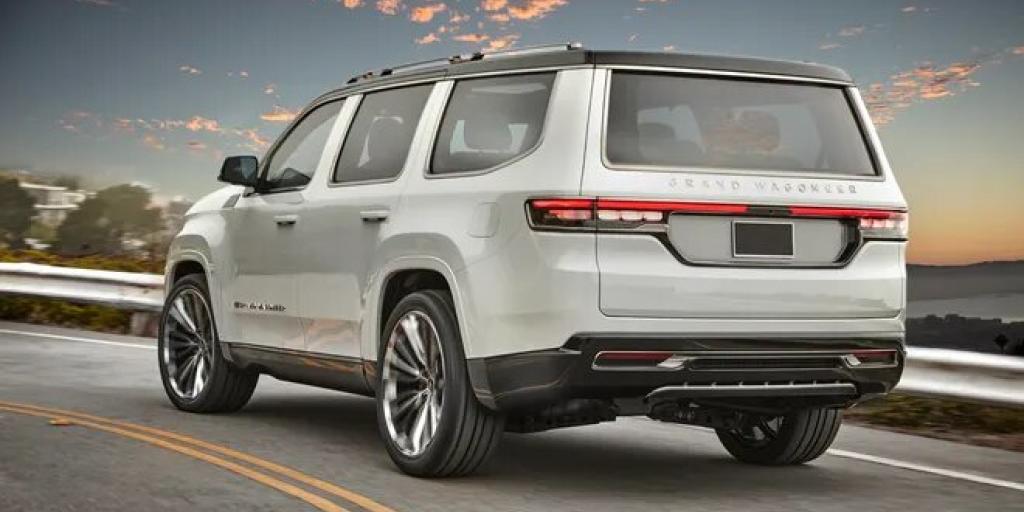 Other important highlights of the Grand Wagoneer Concept apart from its first-ever third row include its electrified powertrain and the unique 10.25-inch passenger screen. Jeep says it’s the first-ever passenger screen in an SUV and it provides the front passenger with dynamic touchscreen control at their fingertips. But there’s even more technology to tell you about inside the Jeep Grand Wagoneer Concept, so be sure to continue reading below!

As for the Grand Wagoneer Concept’s electrified powertrain, it falls in line with the Jeep brand’s plans to offer electrification options on all of its models in just the next few years.

“With greater torque and immediate engine response, these electric vehicles will offer an even more fun-to-drive experience on the road and more capability than ever off the road,” writes the Jeep brand on its website.

“We strived to create an elegant design with a timeless silhouette, featuring countless beautifully crafted details that come together to give it an undeniable presence,” said Ralph Gilles, head of design for Fiat Chrysler Automobiles.

The coolest part of the Grand Wagoneer Concept’s exterior design is the prominent Obsidian Black-accented grille that features the Jeep brand’s iconic seven slots with LED lights in between the slots and a headlight-to-headlight light bar directly above them. It creates an elegant illuminated outline of the grille, which helps emphasize the width and overall front fascia of the vehicle. Directly above the grille, meanwhile, sits raised illuminated letters that spell out the word Wagoneer. The design team even created a custom-made font for all of the Concept’s exterior lettering! On either side of the grille you have twin bi-functional LED projector headlamps that are cradled by genuine teak wood. You can have a full suite of exterior LED lights if you’d like. What’s also neat is that upon remote activation, the Grand Wagoneer Concept’s full suite of exterior lights subtly engage with a stunning “welcome” sequence that brings the concept vehicle to life.

From its side, the Grand Wagoneer Concept has a distinguished profile. It proudly stands tall on 24”, multi-spoke, Obsidian-finished aluminum wheels that feature 3D-pointed elements that reside just below the vehicle’s iconic trapezoidal wheel arches. There’s even a three-piece wheel cap that features the Wagoneer logo suspended in acrylic!

One of the coolest aspects of the Grand Wagoneer Concept we haven’t mentioned just yet is the full-pane glass roof. It visually expands the interior space of the concept vehicle. The full-pane glass roof also houses a map showcasing Detroit and the surrounding area. It serves as a nod to the vehicle’s manufacturing home and to the Jeep brand’s headquarters.

As for the spacious interior, it features premium materials that Jeep says makes it ultra-comfortable. You also have the new third row to put to good use. The third row allows you to fit up to seven passengers inside the Grand Wagoneer Concept.

The interior of the concept vehicle is technology-rich with nearly 45” of total screen space up front that spans the length of the instrument panel. You have a 12.3” driver information display located behind the steering wheel, a 12.1” horizontal touchscreen that serves as the main display screen in the center console, a 10.25” horizontal comfort display touchscreen directly below that, and also a 10.25” passenger screen. That’s the unique front passenger screen we referenced earlier that truly helps set the Jeep Grand Wagoneer Concept apart.

Second-row passengers in the Grand Wagoneer Concept also have 30” of total screen space at their disposal! There’s a 10.1” comfort display screen housed on the center console between the two captain’s chairs. Each second-row passenger also has their own 10.1” entertainment touchscreen!

Enough screens for you? We thought so!

All the technology inside the Grand Wagoneer Concept is backed by FCA’s all-new Connect 5 system, which is said to deliver operating speeds that are five times faster when compared to the previous generation. 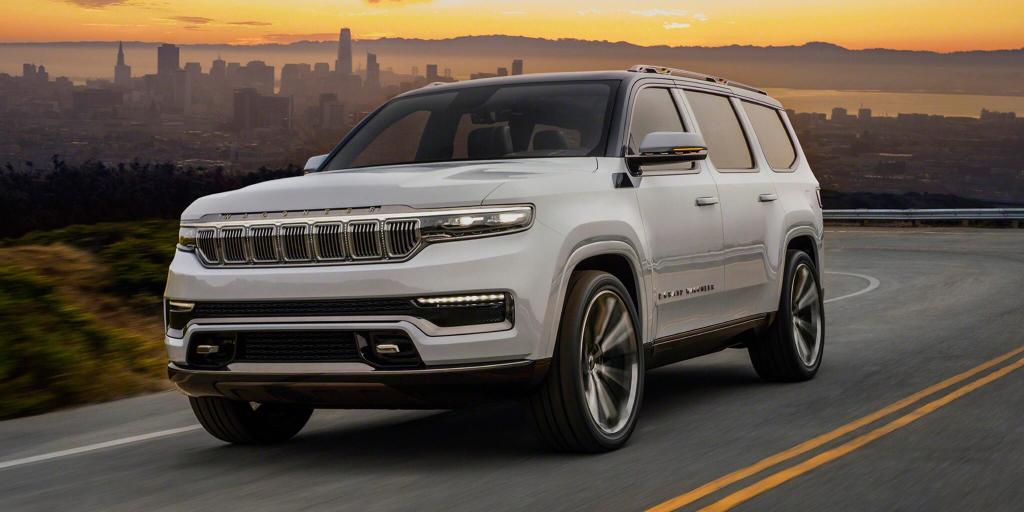 Again, the reveal of the all-new Jeep Grand Wagoneer Concept is such a big deal because the Jeep brand has been talking about its revival for so long and also because there’s so much history there. Born in America in 1962 for the 1963 model year, the original Jeep Wagoneer was the first four-wheel-drive vehicle paired to an automatic transmission. The Grand Wagoneer debuted later on in 1984, boasting then-unheard-of standard features in an SUV.

What do you think about the all-new Jeep Grand Wagoneer Concept?