The day before Veteran’s Day, Jeep introduced two new Renegade models. It was a fitting time for Jeep to do so as one of the new models seems to draw inspiration from the U.S. Army. The 2017 Jeep Renegade Deserthawk features U.S. Army-style star decals and comes in a special desert sand color that appears to be inspired by the U.S. Army's uniforms. The company, however, says the vehicle is inspired by the desert’s extreme conditions. Jeep also introduced the 2017 Renegade Altitude on November 10. It features a unique “blacked out” exterior that’s sure to please many. While the Altitude will hit showrooms in November, customers will have to wait a little bit longer for the Deserthawk as it won’t be available until January. “These two new Jeep Renegade models help to extend our popular small SUV’s continued global success since its launch last year, and to provide customers with the choice of two distinctive and unique special editions,” said Mike Manley, head of the Jeep brand. “The Jeep Renegade Deserthawk takes the best-in-class capability of the Renegade Trailhawk and combines it with a unique look and additional features that include rock rails and a towing package – all inspired by the desert’s extreme conditions. For customers looking for an edgy and aggressive appearance, the Jeep Renegade Altitude offers just that, building on the popularity of the other Altitude models across the Jeep lineup.” 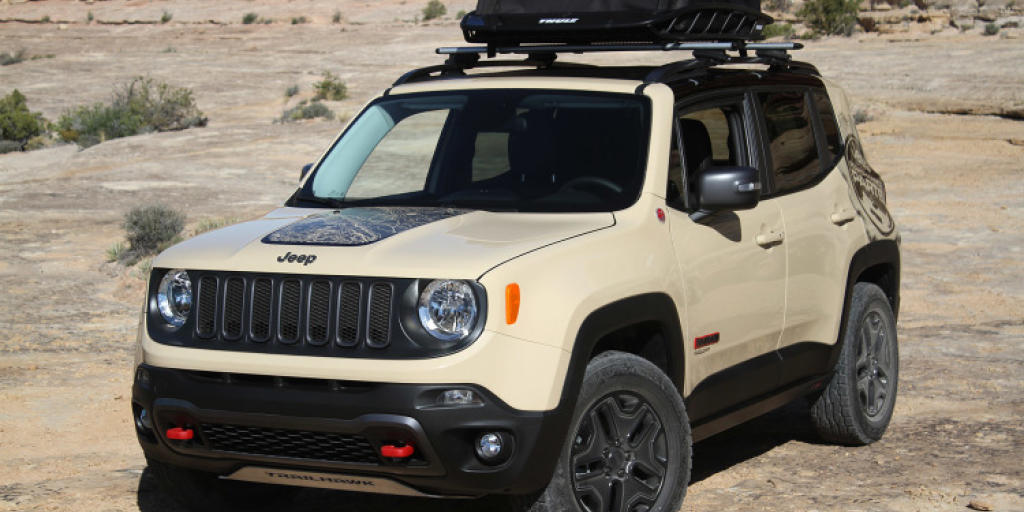 The limited edition Deserthawk trim comes with exclusive features and functionality inspired by the desert. The company says drawing inspiration from the desert makes sense because it’s an extreme location where “the legendary capability of Jeep vehicles is best expressed.” The trim was first unveiled as a concept vehicle ahead of the 2015 Easter Jeep Safari. The Easter Jeep Safari is an annual event that takes place in April in Moab, Utah. It’s hosted by an off-road club called the Red Rock 4-Wheelers. The event consists of trail rides and lasts nine days. It was started in 1967 by the Moab Chamber of Commerce. Back then, it was just a one-day trail ride. As interest in the event grew over the years, so did the length of it. It’s incredibly popular as Moab is considered one of the best places to go off-roading. When the vehicle was revealed in 2015 along with six other concepts, its name was split in two as it was called the Desert Hawk. The company put the two words together for the 2017 trim's name. Like the concept vehicle, the 2017 Jeep Renegade Deserthawk features a map of Moab, Utah on the hood. It’s available in Alpine White, Anvil, Black or Mojave Sand, an exclusive color for the Deserthawk. The Deserthawk also has U.S. Army-style star decals on its D-pillars. It features fully painted 17-inch wheels. The vehicle’s interior has an equally cool look. It features black leather seats, contrasting stitching and accents and all-weather floor mats. Like the Renegade Trailhawk, the Deserthawk delivers best-in-class Trail Rated 4x4 capability with Jeep Active Drive Low with 20:1 crawl ratio. Other features include the Selec-Terrain system with an exclusive Rock mode, hill-descent control, skid plates, signature red front and rear tow hooks, 8.7 inches of ground clearance and up to 8.1 inches of wheel articulation. It comes standard with a 2.4-liter Tigershark engine with MultiAir2. A nine-speed automatic transmission is paired to the four-cylinder engine. It offers up to 2,000 pounds of towing capacity. It also comes with a rear backup camera and 7-inch display. The 2017 Jeep Renegade Deserthawk limited edition will be available in January at a starting price of $28,140. That’s about $2,000 more expensive than the starting price of the Trailhawk, which the trim is based on. 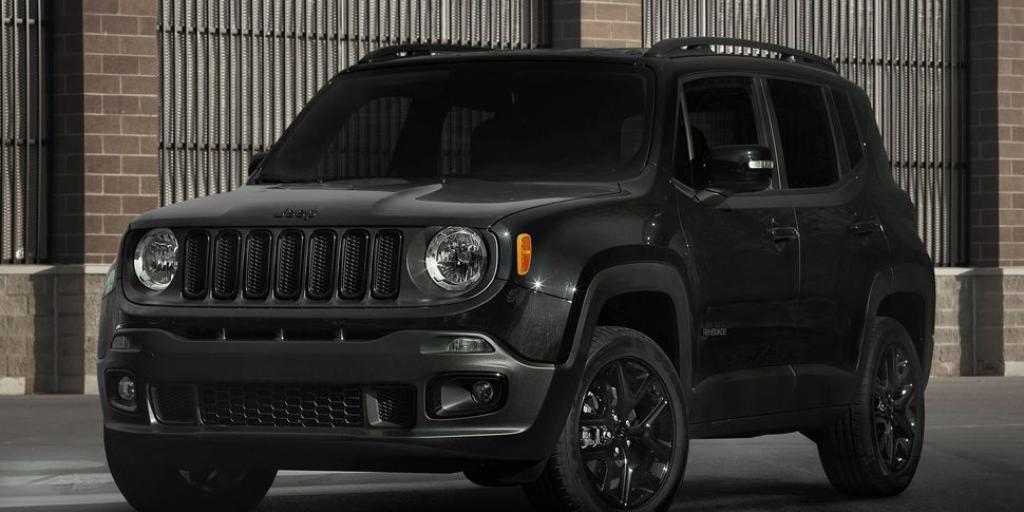 If you still want an aggressive looking Renegade but would like to spend a little less, look no further than the new Altitude trim. It joins the other Altitude models across the Jeep lineup and features a “blacked out” look. It comes with 18-inch Gloss Black wheels with Gloss Back accents around the exterior. The "all black" theme continues on the inside with black premium cloth seats and High Gloss Black finishes. To give the Altitude’s interior an even more unique flair, there are metal diamond accents throughout. It seems Jeep may be trying to impress millennials with this trim. Many young people love the "all black" look and often go out of their way to buy black colored rims to match their black colored vehicles. Whereas the Renegade Deserthawk is based on the Renegade Trailhawk, the Renegade Altitude is based on the Renegade Latitude. The Altitude comes with either the same 2.4-liter Tigershark engine with MultiAir2 and nine-speed automatic transmission as the Deserthawk or a 1.4-liter MultiAir Turbo engine with six-speed manual transmission. Standard features include a rear backup camera and keyless entry. The Altitude model will be available in November at a starting price of $22,390. That’s only about a $1,000 more expensive than the Latitude's starting price.

With the addition of the two new trims, there are now six Renegade models for customers to choose from. The other four models are the Sport, Latitude, Limited and Trailhawk. The base Sport model has a starting price of $17,995. Jeep likely added the two trims to its Renegade lineup because it wants to expand interest in the vehicle as the company looks to remain competitive in the growing small SUV segment. The Renegade has also been a solid performer for Jeep. Statistics on the website FCA Authority, for example, show Jeep Renegade sales increased 99.42 percent from June 2015 to June 2016. 9,688 Renegades were sold in June of this year compared to 4,858 in June of last year. Whether you want to hit the trails of Moab in the Deserthawk or tour America’s cities in the trendy “blacked out” Altitude, you’re bound to enjoy yourself in one of these two new Renegade trims. That's, of course, if a small SUV is your thing!