Police departments nationwide that have Ford Police Interceptor Utility vehicles (the police version of the Ford Explorer) in their fleet are growing concerned. Many are paying attention to what's going on in Austin, TX. The Austin Police Department announced on July 28 that it was pulling all of its nearly 400 Ford Interceptor SUVs out of its fleet. The move was made because of concerns about carbon monoxide poisoning. Now, other departments across the country are installing carbon monoxide detectors in their own vehicles.

Ford has responded by promising to cover the cost of repairs to every Police Interceptor Utility. Although the U.S. National Highway Traffic Safety Administration is also investigating regular Ford Explorers, Ford said in a statement on July 28 that owners of regular Ford Explorers have nothing to worry about.

Ford says the carbon monoxide police departments are reporting could be making its way into the SUVs through holes and unsealed spaces in the rear. Ford says those holes were made for police equipment to be installed after the vehicles left its factory. 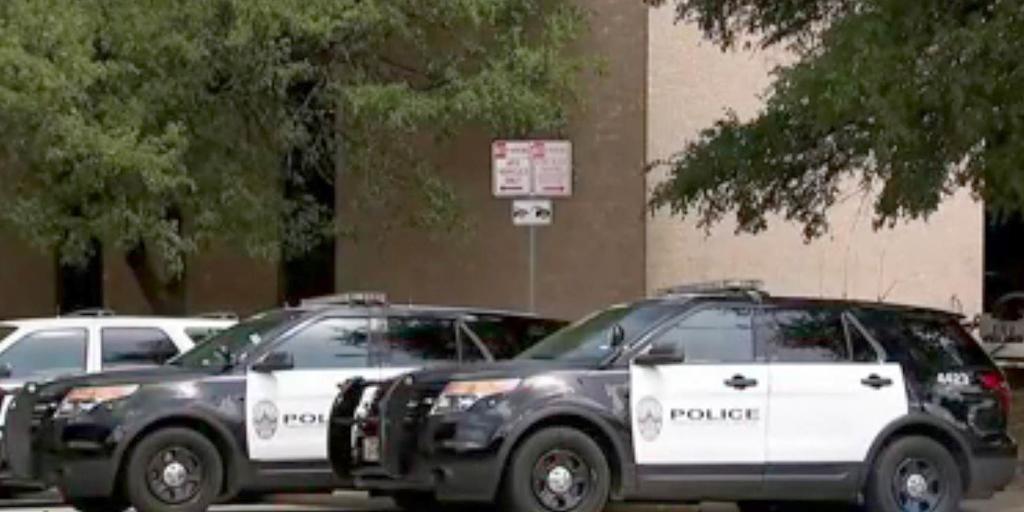 Over a period of five months, the Austin Police Department and other city agencies saw more than 70 workers compensation reports because of reported carbon monoxide in the Ford Police Interceptor Utilities. 20 of the Austin police officers who filed the reports became ill from exposure.

"Those officers had a measurable level of carbon monoxide in their system when tested and three of those are currently on a no-duty status due to their medical condition and treatment," said Austin Police Department Interim Chief Brian Manley.

City officials said it was simply too much of a risk to keep the vehicles in the department's fleet.

"Unfortunately the number and the severity of the cases has continued to grow and I've made the decision that we need to remove these vehicles from service immediately," said Austin Interim City Manager Elaine Hart on July 28.

APD has nearly 400 of the vehicles in its fleet so the process to remove them all at once took a lot of effort. The vehicles previously made up about 60 percent of the department's fleet. They all had to be stripped of their technology. The police department plans to store the SUVs until the federal investigation into the Ford vehicles is complete.

As a result, APD has come up with creative ways to make sure its officers have vehicles to patrol the city. Manley announced that two officers were being assigned to each patrol car instead of one. The department is now using old Crown Victoria vehicles as well as the sedan version of the Ford Police Interceptor. The sedan version is said to not have the same problem as the SUV.

The NHTSA was in Austin, TX the same week the police department announced it was removing the Ford Police Interceptor Utility vehicles from its fleet. The NHTSA provided an update on its investigation into Ford Explorer SUVs that began in 2016. The investigation was originally started because the NHTSA received complaints of consumers smelling exhaust odors in their SUVs, as well as reports of possible carbon monoxide leaks.

The NHTSA said in documents that its probe has been expanded to cover more than 1.3 million Explorers from the 2011 through 2017 model years. The agency said the number of complaints it received increased from 450 to 2,700. Three crashes and 41 injuries were also reported.

The NHTSA has tested multiple vehicles at its research center in Ohio and has made field inspections of police vehicles involved in crashes. As of July 27, the agency said it had found no evidence or data to support claims that injuries or crashes were caused by carbon monoxide poisoning. However, the agency said it has early tests that suggest carbon monoxide levels may be higher in certain driving conditions.

On July 27 the NHTSA also said the probe had been upgraded from an investigation to an engineering analysis, which is a step closer to recall.

Ford Motor Company is cooperating with the NHTSA on the investigation.

The company says while there have been reports of exhaust odors in some regular Explorers, owners of those vehicles do not need to worry. Ford says the odors are unrelated to reports of carbon monoxide described by some police departments.  The company said if a customer thinks they smell an odor, they should bring it to a Ford dealer to have it checked out.

As for the police version of the vehicle, Ford says it will cover the costs of specific repairs to any Police Interceptor Utility vehicle that a person may be concerned about regardless of the vehicle's age, mileage or aftermarket modifications made after purchase.

Ford believes aftermarket modifications are what caused the issue. The company said it has discovered holes and unsealed spaces in the back of the police vehicles, where police equipment was installed after leaving Ford’s factory.

“When a police or fire department routinely installs customized emergency lighting, radios, and other equipment, they have to drill wiring access holes into the rear of the vehicle. If the holes are not properly sealed, it creates an opening where exhaust could enter the cabin,” wrote Ford in a press release.

The company says it will check and seal off the rear of any Police Interceptor Utility vehicle where exhaust fumes can enter. It also says it will provide a new air conditioning calibration that brings in more fresh air during heavy acceleration typical of police driving. Lastly, it will check for engine codes that could indicate a damaged exhaust manifold. Costs for any checks and repairs will be covered by Ford.

Ford also says it will continue investigating all reports from its police customers, including the exhaust manifold issue referenced by the National Highway Traffic Safety Administration.

It's no surprise, police departments across the nation are paying attention to what’s going on in Austin, TX and elsewhere. For example, a New Hampshire police department took steps to protect its officers after hearing the news. The Portsmouth Police Department installed carbon monoxide detectors in its interceptor vehicles the same weekend the Austin Police Department removed the vehicles from its fleet.