It is time to get excited! Fiat Chrysler Automobiles is giving us a look at the all-new, next-generation 2018 Jeep Wrangler. Fiat Chrysler posted a YouTube video online, giving Jeep lovers everywhere a glimpse of the redesigned vehicle. Unfortunately, the video doesn’t show us much. We also don’t know that many details about the vehicle just yet. However, Fiat Chrysler did release some information in a statement.

“The most capable SUV ever delivers even more legendary Jeep 4x4 capability, a modern design that stays true to the original, advanced fuel-efficient powertrains, more open-air options, and is loaded with more safety features and advanced technology than ever before. The all-new Wrangler’s unique design includes an instantly recognizable keystone-shaped grille, iconic round headlamps and square tail lamps, improved aerodynamics, a convenient fold-down windshield for off-road purists, even more open-air freedom, and dozens of different door, top and windshield combinations,” writes Fiat Chrysler about the new Wrangler.

Fiat Chrysler also revealed a few photos of the redesigned Wrangler at the Specialty Equipment Market Association Show in Las Vegas. The photos show a new four-door Unlimited model in addition to an open-top, two-door Rubicon model. Some have been quick to weigh in, saying the redesigned version doesn’t look much different from the current Wrangler. That being said, the Wrangler is so popular that there really isn’t a need to drastically change the look or feel.

The Cult of Wrangler 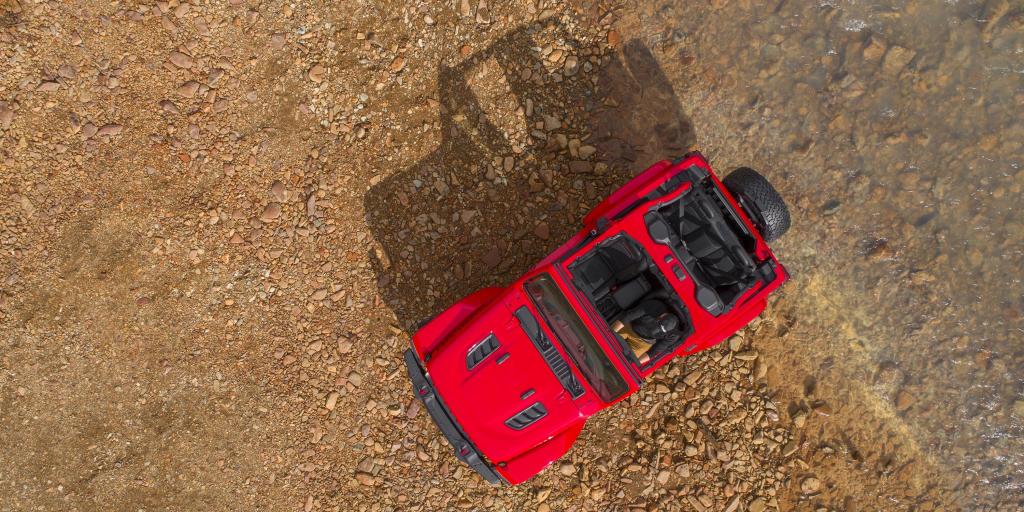 While total Jeep brand sales in the United States were down for September 2017 compared to last year, it was expected due to the brand’s planned reduction in fleet sales to daily rental car companies. That being said, the brand’s retail sales at Jeep dealerships were up 9 percent this September, compared with the same month a year ago. Sales of the Jeep Wrangler definitely helped out with that as they were up 10 percent this September.

The JK Series Wrangler is the generation currently on the market. It has been on the market for a decade. Some refer to the redesigned 2018 Wrangler that will be revealed at the Los Angeles Auto Show as the JL Series. It will mark the fourth generation of the iconic Wrangler, which was originally introduced back in 1987. More than 191,000 JK Series Wranglers were sold in the U.S. in 2016. So if jeep lovers embrace the JL Series, the vehicle is bound to continue to boost the Jeep brand.

The upcoming reveal of the fourth generation Wrangler also comes on the heels of the Wrangler being named “Hottest 4x4-SUV” for the eighth straight year at the SEMA Show in Las Vegas. Fiat Chrysler says that proves just how dynamic the Wrangler is.

“The Jeep Wrangler is iconic in the aftermarket world, and the SEMA community continues to embrace the vehicle,” said SEMA President and CEO Chris Kersting. “Given Jeep brand’s versatility and mass appeal, it’s not surprising that SEMA Show exhibitors have voted the Jeep Wrangler the Hottest 4x4-SUV year after year.” 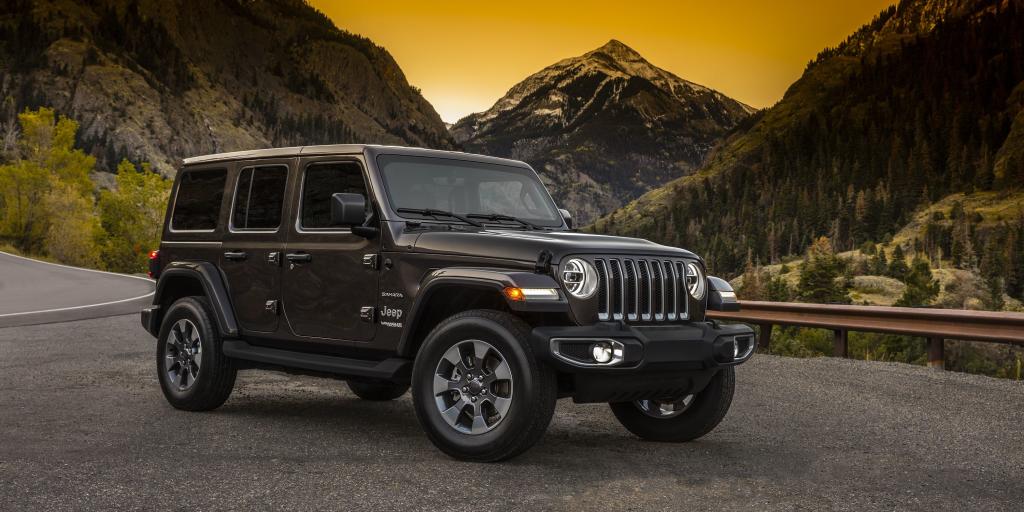 You might be wondering where the latest generation of this iconic vehicle will be built. The newest Wranglers will continue to be made at the Toledo Assembly Complex in Toledo, Ohio. It’s where the Wrangler has been built for more than 75 years! A $700 million investment made it all possible. That investment was used to transform the Toledo North plant for Wrangler production. Previously, the Wrangler was churned of the south plant. It’s also supporting 700 new jobs to help make the physical production of all those Wranglers possible. That’s great news for the people of Toledo.

FCA even engaged a university in Ohio on the deal. In late October, the University of Toledo College of Business and Innovation wrapped up working with the Toledo Assembly Complex’s 2,200 employees in preparation for the launch of the new Wrangler later this year. Employees took turns working with the university on a week-long basis. FCA says the training is known as the “Toledo Way.” It included three, eight-hour days of hands-on technical training at the University of Toledo’s Scott Park Campus. It also included a day of community service and a day devoted to learning all there is about the Jeep brand.

“The hands-on activities, developed collaboratively with UT, focused on expanding the employees’ knowledge of and competence in World Class Manufacturing, the Company’s manufacturing methodology that aims to eliminate waste while improving quality and safety in a systematic and organized way. The classes were tailored to meet the specific needs of workers in various departments and taught by instructors from UT and Northwest State Community College,” writes FCA in a press release.

“This training was unprecedented in size and scope,” said Toledo Assembly Complex Plant Manager Chuck Padden. “It would have been impossible for us to execute this training while also preparing for an important vehicle launch without the cooperation of the UT and Northwest State Community College staff.”

“Jeep is one of America’s most iconic brands, and COBI, as one of Bloomberg’s top 100 business schools in the nation, is proud to be their educational partner. We are committed to their continued success,” said Dr. Gary Insch, dean of the UT College of Business and Innovation. 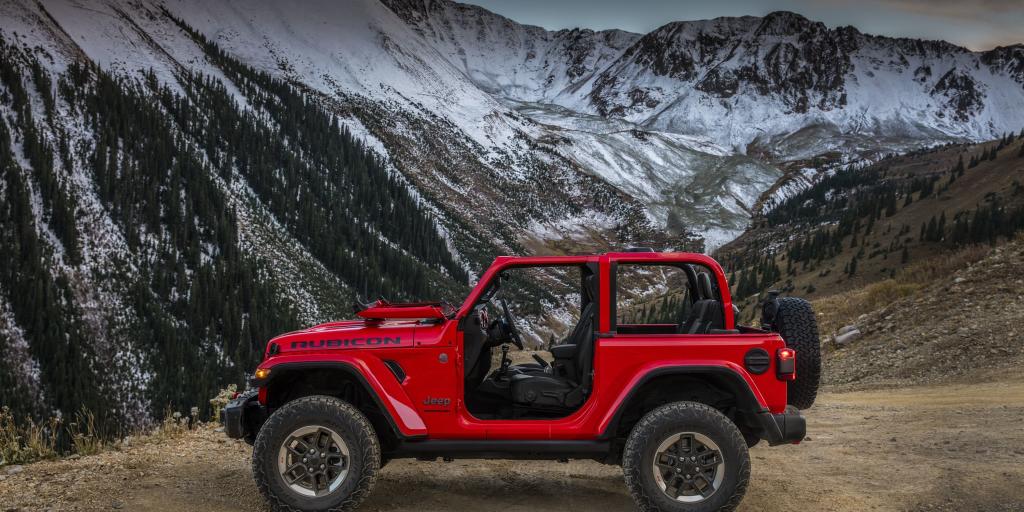 Any SUV enthusiast loves a good Jeep Wrangler. It instantly comes to mind when thinking about 4x4s. It's great to see the vehicle get a revamp although there are no major changes, at first glance, to write home about. We're excited to learn about the vehicle's full details at the upcoming Los Angeles Auto Show. The Jeep brand has been a solid performer for decades and continues to gain momentum as it remains successful at offering vehicles attractive to people from all walks of life. The teaser image and video leave us excited for the Wrangler's future.

Again, the fourth generation Jeep Wrangler will go into production later this year. Who wants one?