Did Nissan Create The Ultimate SUV For Dog Lovers (Video Inside)?

It’s the perfect SUV for serious dog lovers. Nissan created the concept vehicle by outfitting its X-Trail crossover with some seriously cool dog-friendly accessories. It’s officially known as the Nissan X-Trail 4Dogs. While the X-Trail is not sold in the United States (the Nissan Rogue is considered to be the North American version of it) and the X-Trail 4Dogs is just a concept, it's still neat to take a look at what Nissan came up with.

If you really want to get a feel for how dog-friendly the concept vehicle is, just take a look at the video of it that Nissan posted online. Even without narration, the video does a good job at showing off the X-Trail 4Dogs’ unique features. It focuses on a family of four that takes a trip to a muddy pond with their two dogs. While there, another man walks up with his dog. The three dogs then play in the water together as they all look on. After the dogs are done playing, they all walk up to where their vehicles are parked. The family then opens the rear compartment of their Nissan X-Trail 4Dogs crossover and at that point, the clip really hits home just how useful the concept vehicle’s accessories are. That’s because the family is able to prevent their vehicle from getting messy by cleaning their two dogs before they hop into the cargo area. The other dog owner, meanwhile, looks on in amazement.

Let’s start taking a closer look at the Nissan X-Trail 4Dogs’ features by starting with that 360-degree pull-out shower. The attachments for it are stored in a new pull-out utility drawer that can easily be accessed at the front of the cargo area. It makes getting the shower ready for use a breeze. By watching Nissan’s video, you can get a look at the 360-degree shower in action. The dog seems quite content as the shower basically acts as a mini massage. After you wash your dog, you’re able to dry your furry friend outside of the vehicle with a dog dryer. It’s also stored in the pull-out utility drawer. 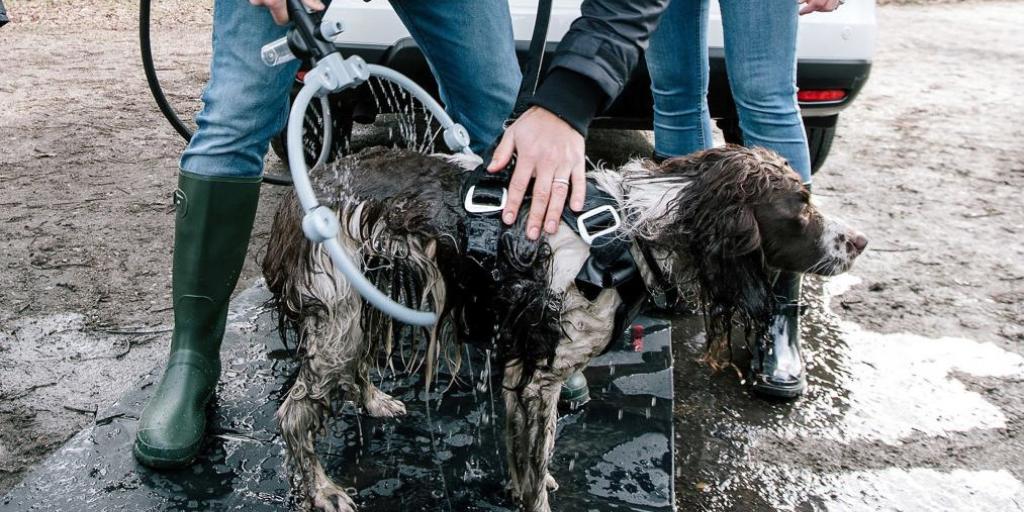 Now that your pet has been washed and partially dried, it’s time to load the animal into the car. But with this concept vehicle, there’s no need to wrap your arms around your pooch in order to pick him up and set him inside. All you have to do is pull out the slide-away ramp so that your pet is able to simply walk into the cargo area. If your pet is still a little wet, no need to worry. An interior drying system will work to keep your best friend warm and dry on the ride home. There are plenty of other interior features as well. For example, there’s a luxurious dog bed in the cargo area. It’s the perfect place for your pooch to rest their head after a long day at the dog park or the beach. You can also rest easy knowing they will be well hydrated and fed as the cargo area also features a no-spill water bowl and a smart dog treat dispenser. Of course, we can’t forget to mention safety. To help make sure your dog doesn’t go flying on the ride home, there’s a clip-on harness hook. 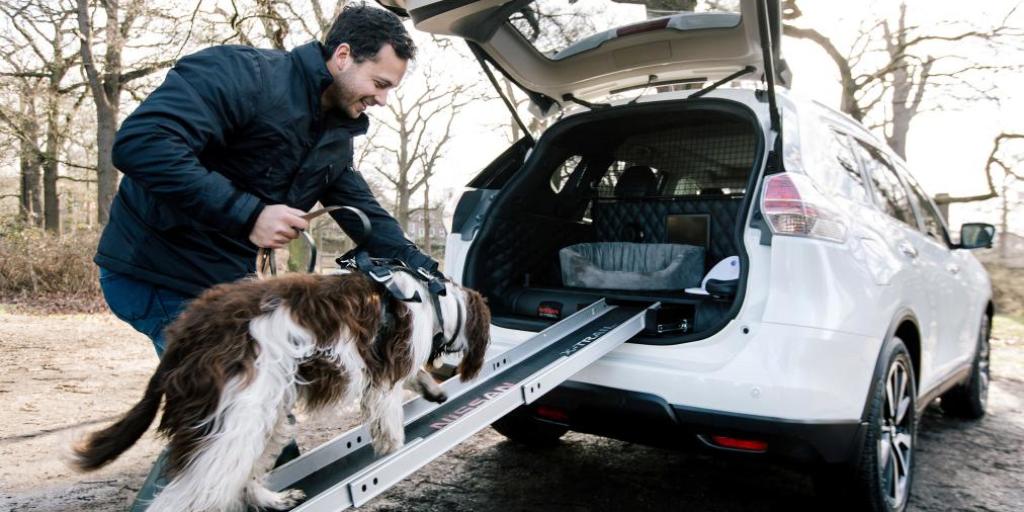 You may still be wondering how, even with the shower and dryer, you’d be able to keep the cargo area clean. The answer? The entire rear compartment has been upholstered in premium wipe-clean leather. That means any stray dirt of pet hair can be easily wiped off. The X-Trail 4Dogs concept vehicle also features a dog guard above the rear seats. And to help make sure the vehicle remains clear of clutter, new side compartments have been added to the special X-Trail. They can be used for storing treats, waste bags or toys.

Of course, we can’t forget to mention the coolest feature of them all. It may seem a bit over the top, but the Nissan X-Trail 4Dogs concept vehicle comes with a two-way dog cam. It allows the driver and front seat passenger to keep an eye on their canine via the seven-inch dashboard display during the drive. It’s pretty genius because as we all know, dogs can get pretty anxious while in the car. A 10-inch LCD screen installed into the back lets them see you. The driver or front seat passenger is also able to talk to the dog via an audio link. That way, it’s much easier to calm your pet down if need be.

So why would Nissan want to create the concept vehicle? Of course, it helps the company demonstrate the versatility of its X-Trail crossover. But the company says it actually engineered the vehicle following a study of more than 1,300 dog owners. The study was carried out by The Kennel Club, which Nissan says is the UK’s largest and best-known organization for promoting dog health and welfare. The research revealed that 98.7 percent of dog owners use their vehicle to transport their dog with nearly 90 percent doing so at least once a week. The survey also found that nearly 90 percent of the dog owners who responded would purchase a vehicle that boasts dog-friendly features. For example, over half said they would like their vehicle to be more easily accessible for their dog.

"It's clear from the research that for dog owners, dogs are a key part of the family," said Ryan Gains, chief marketing manager for the X-Trail. " Ensuring their pet's needs are catered for is often just as important as making sure the children are comfortable and happy. The Nissan X-Trail is a car that's built for family adventures, and the X-Trail 4Dogs concept takes that to the next level."

Based on the study’s findings, it’s clear why Nissan would want to explore creating a vehicle specifically for dog owners. If there’s a demand for it, why not think about cashing in? Of course, the X-Trail 4Dogs is just a concept and we’re not sure the company has any interest in actually bringing it to production. Not to mention, the X-Trail is not sold in the United States. Regardless, the vehicle gives us a glimpse of what we could possibly expect from the company in the future. Also, the concept vehicle is pretty darn neat! 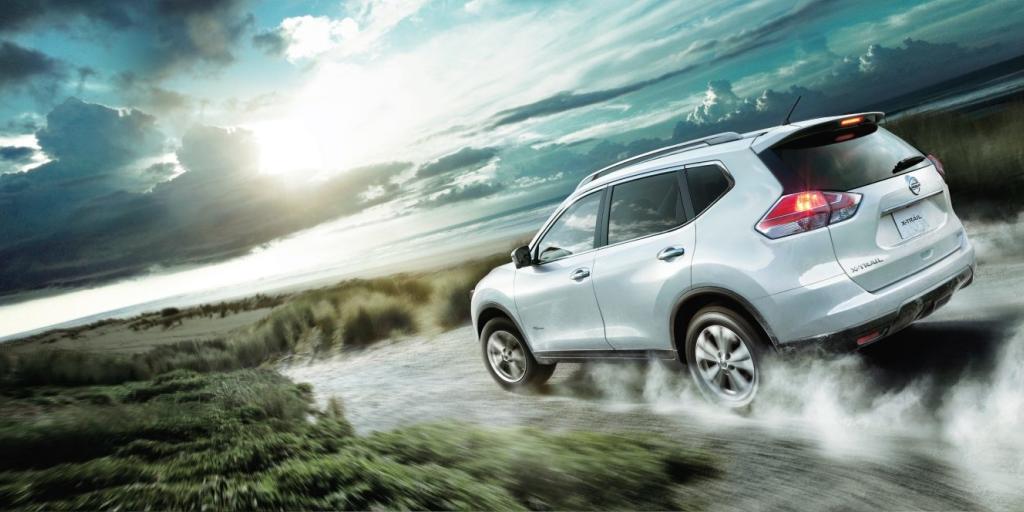