Published May 11, 2020 by Elizabeth Jeneault

With the Tesla Model Y making its way to owners and seeing much popularity as of late, you might be wondering what makes it different from Tesla’s first SUV, the Model X.

We’re going to break down some of the main differences between the Tesla Model X and Tesla Model Y for you in this article. We hope if you’re interested in a Tesla SUV, it helps you make a more educated decision about that purchase!

No Flashy Falcon Wing Doors on The Model Y 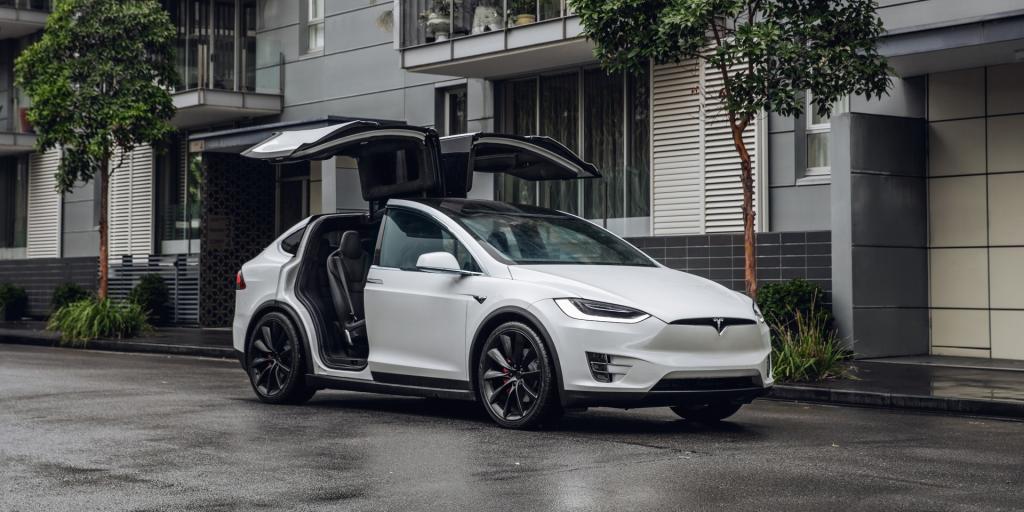 One of the most noticeable differences between the two Tesla SUVs is that there are no Falcon Wing doors on the Model Y. Instead, it comes with standard rear doors. It helps cut weight and speed up production.

The Falcon Wing doors are definitely the flashiest aspect of the Model X. They don’t just look good, but also offer enhanced accessibility to the second and third rows.

While Tesla Model X owners say they like the look of the doors and how they always make an impression, they say they don’t always function as you want them to.

Model X owners have complained about the doors not opening all the way and also about them rubbing. The rubbing issue has been known to damage the paint. The doors also don’t always make it easy for the person in the driver’s seat or front passenger seat to get in or out at the same time they are opening or closing.

While the Falcon Wing doors certainly look cool and can help make getting kids and pets into the Model X easier, some argue they just don’t work well enough to justify paying all the extra money to get them.

Model Y Takes Its Cues From The Model 3 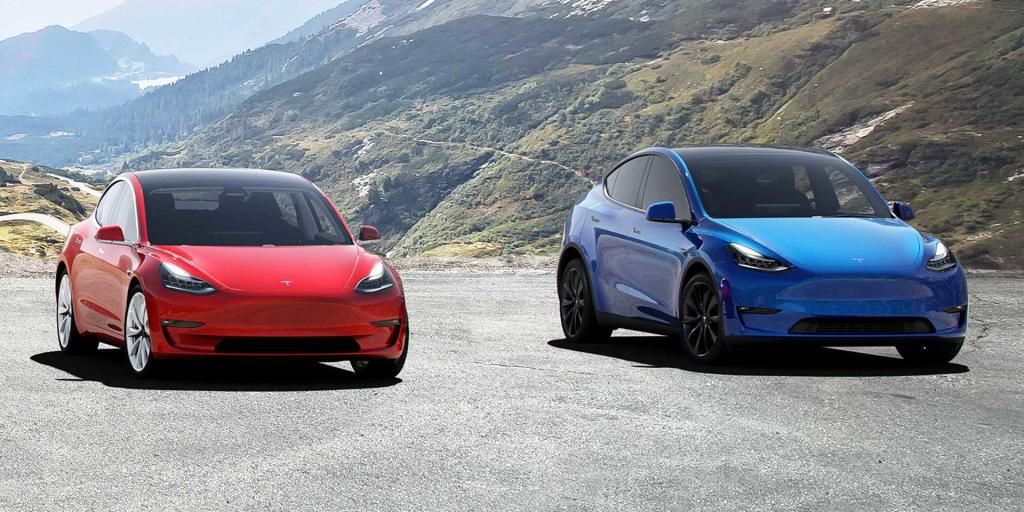 You could say the Model X has more aggressive exterior styling than the Model Y, but high-end models of both Tesla SUVs look menacing. Both feature flush door handles and a curving roofline. Of course, the Model X does have those fancy Falcon Wing doors. The Model Y has standard rear doors.

The Model Y is essentially the SUV version of the Model 3, so it does look a lot like the Model 3. It’s hard to truly tell the size of the SUV in photos, though. Most critics and owners say the Model Y does look and feel larger in person.

The interior of the Model Y feels much more simplistic than that of the Model X and that’s because it mimics the Model 3. There’s a more simple, streamlined layout for the dash. It’s less intricate looking than the Model X. The infotainment is also different, which we’ll get into more below.

Both models can be configured to fit seven people, if desired.

Mark Benton, a man who leased a Tesla Model X for several years before purchasing his Model Y, said in a YouTube video comparing the two Tesla SUVs that the amount of space offered inside them doesn’t feel all that different. 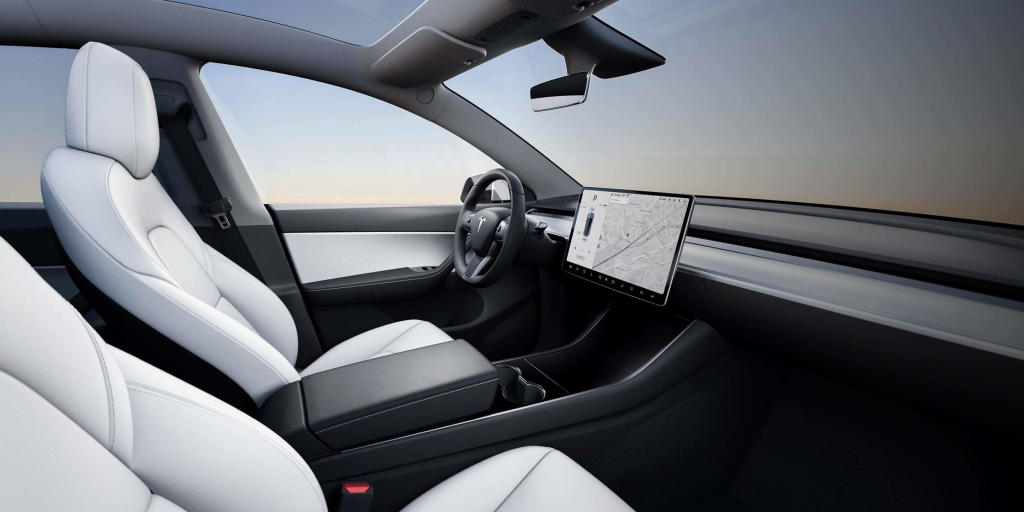 The infotainment featured inside the Tesla Model Y is different from the Model X.

The Model X has a small screen mounted behind the steering wheel with information displayed on it, as well as the large 17” tablet-style screen you’re probably all familiar with.

The Model Y, on the other hand, has a more simplistic layout with just one 15” horizontal touchscreen that appears to float over the dash.

The Model Y Has The More Impressive Glass Roof 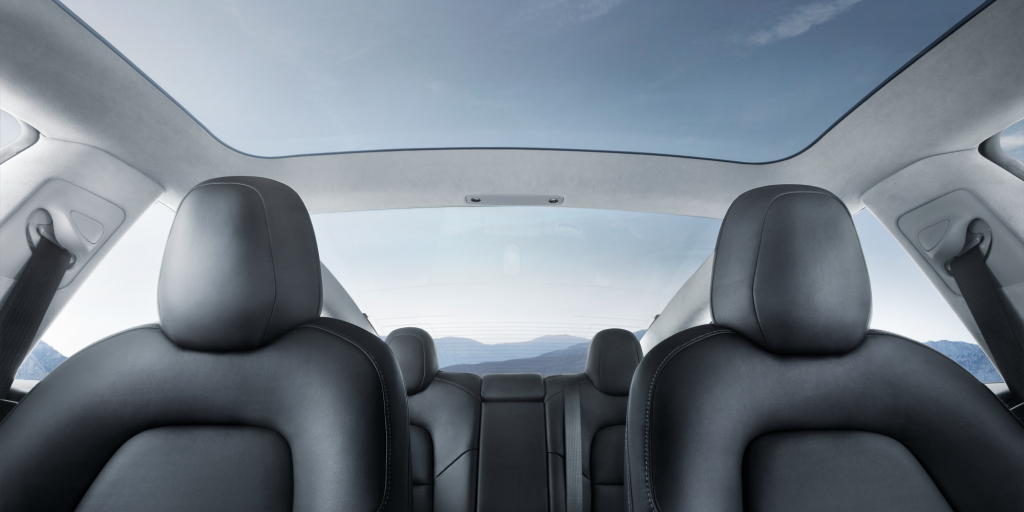 The Model Y’s stunning panoramic glass roof makes its interior feel much bigger than it is. It’s a much more impressive roof than what you get with the Model X.

While the Model X does come with a stunning panoramic windshield that gives the driver and front passenger an excellent view of the road ahead and areas surrounding them, the rear seat passengers don’t get as great of a view. That’s because there’s a metal section that starts just behind the first-row seats and it splits up the glass ceiling. It’s most likely to accommodate for the Falcon Wing doors, but it does make the view out of the back of the Model X less impressive.

The view out of the back of the Model Y, on the other hand, is completely unobstructed.

“It is just a huge piece of glass and it is incredible,” said Eric Benton in his Youtube video where he compared the two Tesla SUVs.

The Model Y’s seamless glass roof is perfect for stargazing. There’s also that new Camp Mode by Tesla you can put to use. With it engaged, you can spend the night in your Model Y with a full view of the sky above, all while enjoying a cabin that’s adjusted to stay at the perfect sleeping temperature.

Our Take — Comparing The New Model Y to the Model X 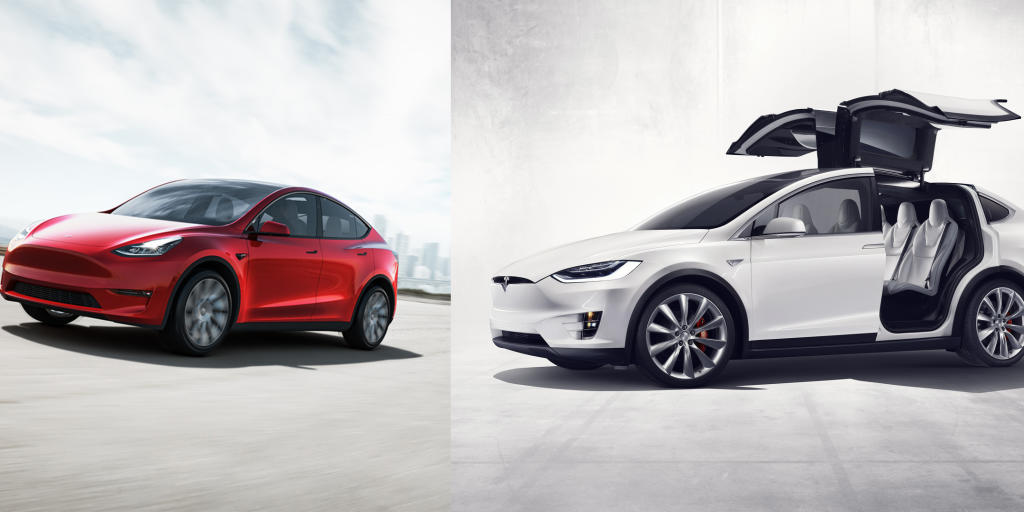 The Model X currently costs more than $30,000 more to start than the Model Y and so some do feel that considering all that you get with the Model Y, there isn’t necessarily a need to opt for the more expensive SUV from Tesla.

“I think the Model Y is going to eat into the Model X sales a lot,” predicted Model Y owner Eric Benton as he compared his Model Y to the Model X in a YouTube video.

Like the Model X, the Model Y offers excellent performance. It also packs plenty of style. While it doesn’t come with the flashy Falcon Wing doors, those have been known to give Model X owners problems. Plus, its glass roof is much more impressive than that of the Model X!

If money isn’t an option, you very well might still want to opt for the Model X over the Model Y. Considering all the savings you can get with the Model Y and the added benefits it has like the unobstructed glass roof and normal rear doors, though, the choice between the two might seem more like a no-brainer.