BMW is certainly on a mission when it comes to churning out SUVs. The company is expected to refresh its X Series lineup over the next two years while also adding two completely new models. Right now, the X Series lineup includes the X1, X3, X4, X5 and X6. Soon, it will be expanded to include the all-new X2 and X7. Let’s take a look at what BMW has planned as it looks to dominate the SUV market.

Let’s first start with the all-new models. BMW is expected to come out with an all-new small SUV at the lower end of the X range and a full-size one at the top. Reports suggest we should see the final production model of the X2 concept by the end of 2017. The concept was unveiled at the 2016 Paris Motor Show and is being billed as a sportier alternative to the X1. The company calls the X2 rebellious. “The BMW Concept X2 aggressively combines the aerodynamic silhouette of a coupe with the commanding presence of an X Series model,” writes the company. Like other X models, performance is a major focus but the company says there are several features that separate the X2 from the pack. The small SUV’s design is different from other BMWs as its kidney grille is inverted and the BMW logo is placed in unfamiliar territory on the C-pillar. Instead of conventional headlights, the X2 employs BMW Laserlight technology in a hexagonal shape with a blue X in the middle, giving it an aggressive look. “This is a sporty vehicle with a bold character, and it allows us to open up some fascinating new design possibilities for the BMW brand,” said Karim Habib, head of BMW design. The company says the X2 will satisfy consumers’ search for action, adventure and finding the edge. “The BMW Concept X2 is a vehicle for active people looking for a combination of enjoyment and practicality,” said Senior Vice President BMW Group Design Adrian van Hooydonk. “The concept displays a new and exciting facet of the BMW brand within the compact segment.” 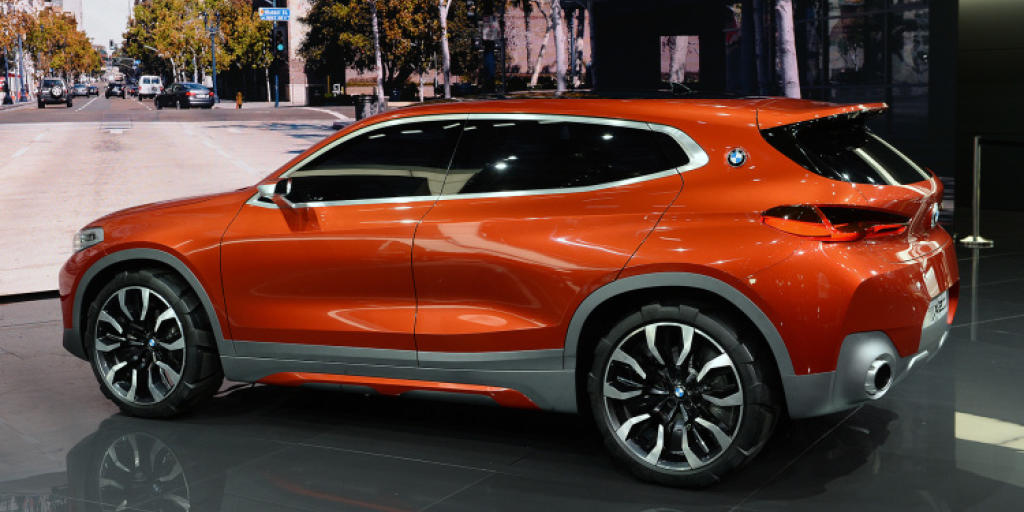 BMW is also adding an all-new model at the very top of its X range to compete with the Range Rover and Mercedes-Benz GLS. In a statement released in mid-March, BMW confirmed its plans for the X7. "After leading the premium segment for more than ten consecutive years, the BMW brand is now poised to strengthen its position on a sustainable basis at the top end of its product portfolio, where rates of return are at their highest,” wrote the company. “We will be broadening our model range with the BMW X7,” said Harald Krüger, chairman of the board. “We are also taking an in-depth look at the additional potential of this highly attractive segment.” The company says when it comes to the 7-seater’s design, it won’t just extend the wheelbase of the next X5. In fact, BMW says it will be very different from the X5 as it wants the X7 to have its own identity. The all-new model is expected to offer engines from the entire BMW range. It’s said to be well through the development phases and is expected to go on sale in late 2018. 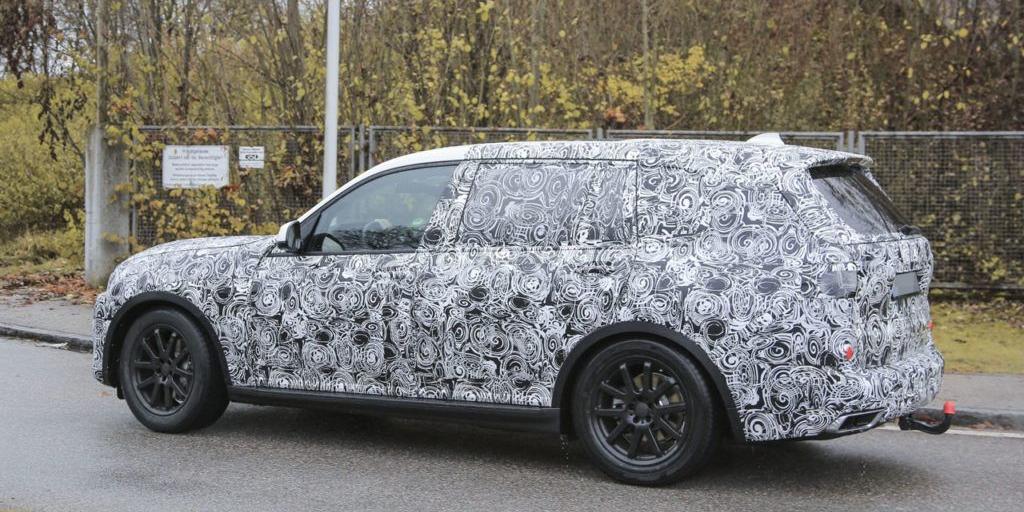 The third generation of the X3, which is said to be codenamed GO1, will be the first new SUV to be released by BMW. The company reportedly plans to launch the updated mid-size SUV in 2017. Reports suggest it will have a lighter chassis and a slightly revised look. Its engine range will be expanded and a plug-in hybrid version is expected. Because BMW is coming out with the X2, the X3 will no longer be at the bottom of the X range and will therefore also come with a new high-performance version. The X3 M is expected to sport a much more aggressive look than the X3. Reports suggest the high-performance version will easily rival its competitors, including Audi and Porsche, thanks to a twin-turbo V6 that generates 422 horsepower.

The next X5 should get a tweaked exterior design. It’s expected to share its architecture with the 7 Series as it will be based on the same CLAR modular platform. That means the vehicle will be lighter. It also means the new generation will be compatible with plug-in hybrid powertrains. Of course, the next X5 will come with an M version at the top as it’s already offered with the current X5. The refreshed X5 is expected to be released sometime in 2018, with the flagship X7 to follow.

BMW certainly has plenty of competition when it comes to its X models. But by expanding its lineup, it’s able to attract an even wider range of consumers.  We’re sure some will be pleased to have the all-new X2 as a lower range option and it should be interesting to see how well the all-new X7 competes against other luxury full-size SUVs. It will go head-to-head with the Range Rover Sport, Cadillac Escalade, Lincoln Navigator and others. While there’s already an option to add a third row to the X5, the X7 will be BMW’s first true 7-seater SUV. The company may be a bit late to the large SUV game, but there’s no doubt that the demand for full-size vehicles is there.