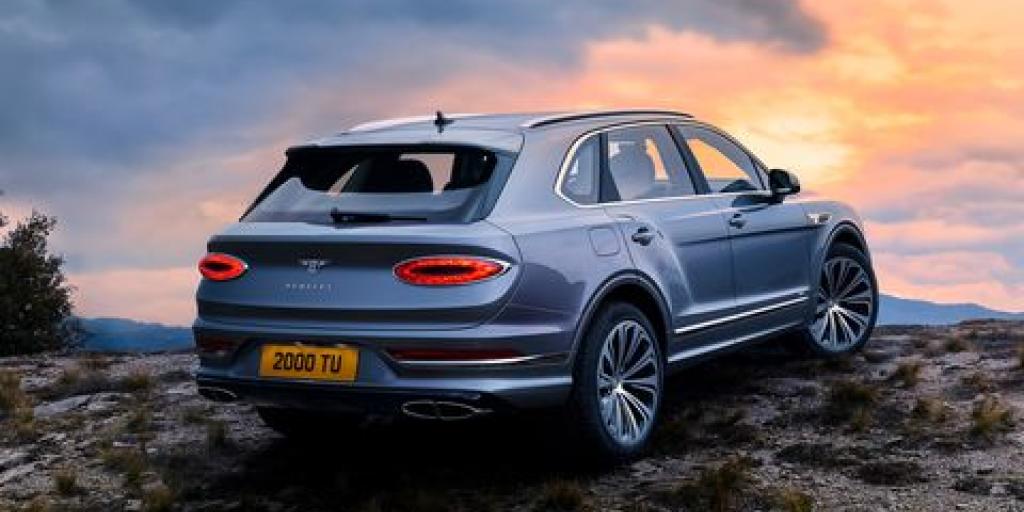 Bentley has raised the bar once again by revealing its new Bentayga SUV! The ultra-luxe SUV has been redesigned, offering the ultimate in power, luxury, and usability. With more than 20,000 Bentayga SUVs handcrafted since its launch five years ago, the new Bentayga is set to build on the vehicle’s incredible success story to date.

While the Bentayga was already an incredible luxury SUV before, it now has a more dynamic exterior, a revised interior with more advanced technology, and it offers supercar performance balanced with everyday usability.

“With the new Bentayga, we’re repositioning the pinnacle of the luxury SUV segment to be even higher, even further away from the competition,” said Adrian Hallmark, chairman and chief executive of Bentley Motors. “We’ve listened to our customers and made improvements to the areas most important to them, and the new Bentayga is a thoroughly modern and beautiful extension of the original car’s abilities and achievements.”

Since the Bentayga SUV is such an incredible piece of art, let’s take a closer look at how Bentley has improved it! 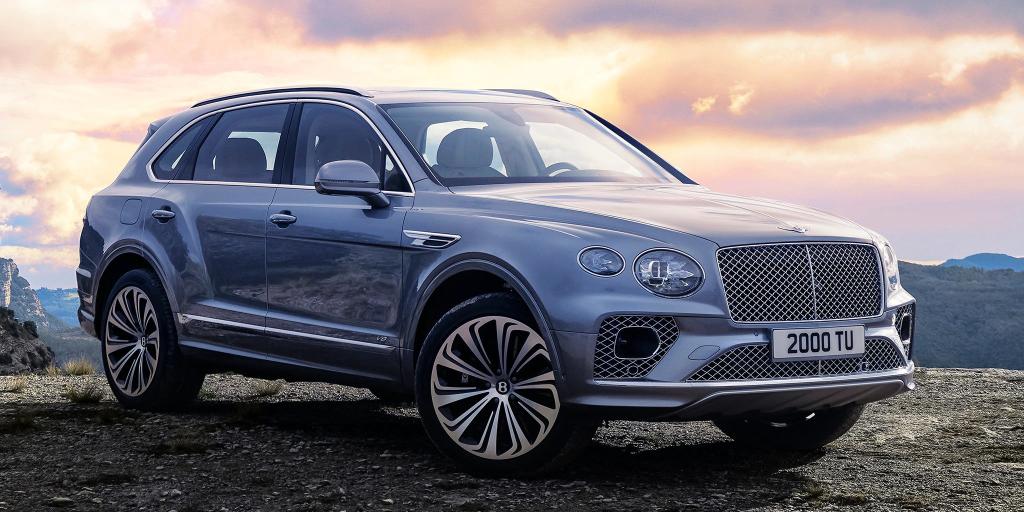 The new Bentayga has a strikingly dynamic look which draws inspiration from the marque’s new design language as introduced by the third-generation Continental GT and the all-new Flying Spur limousine.

The 2021 Bentayga’s bold styling offers an imposing road presence. The new matrix grille is now larger and more upright than before, giving the SUV a more dominant, upright profile. It also pushes the new LED matrix headlamps further apart and higher up. As for those new headlamps, they include the signature Bentley design inspired by cut crystal glassware. It makes them appear to sparkle, even when they’re not lit! A more aggressive front bumper, meanwhile, emphasizes the performance characteristics of the Bentayga.

The most dramatic exterior design changes were reserved for the rear of the Bentayga, though. It looks radically different from its predecessor! It features elliptical tail lamps for the first time, with the lattice pattern offering a unique jewelry-like appearance when illuminated. The lights are also featured within an all-new, full-width tailgate which helps the rear of the Bentayga look cleaner and more contemporary. There’s also larger, oval-shaped split sport tailpipes, a longer roof spoiler, and more prominent Bentley lettering above the license plate.

The improvements made definitely help the Bentayga look even better than before! 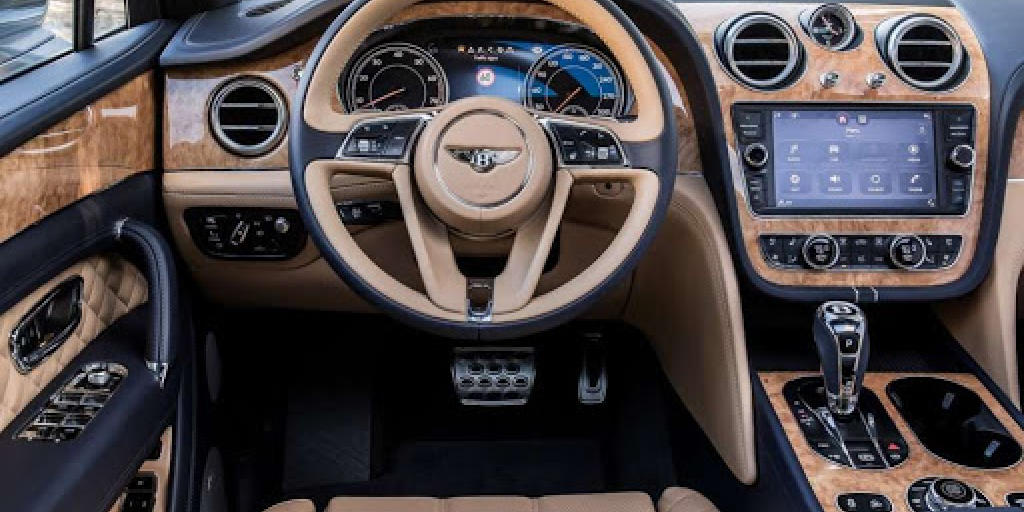 The Bentayga’s fine handcrafted cabin has been reimagined for the new model. Designers have created an even more relaxing environment for passengers. There are new seats that are more comfortable. There are also new door trims, a new steering wheel, and a redesigned center console area with new technology.

“Alongside from the more obvious changes to the center console, seats and door trims, it’s the little features customers may not notice at first that add up to make the difference in the new Bentayga,” said Darren Day, head of interior design at Bentley Motors. “It might be the new, horizontal grab handle in the door, or the unique seat stitching – each one emphasizing how the design team has gone the extra mile.”

There are three versatile seating configurations in the new Bentayga. Apart from the standard five passenger layout, there’s an optional four-seat layout with two individual rear seats separated by a center console. A three-row, seven-seat configuration is also available if you need to fit more passengers! 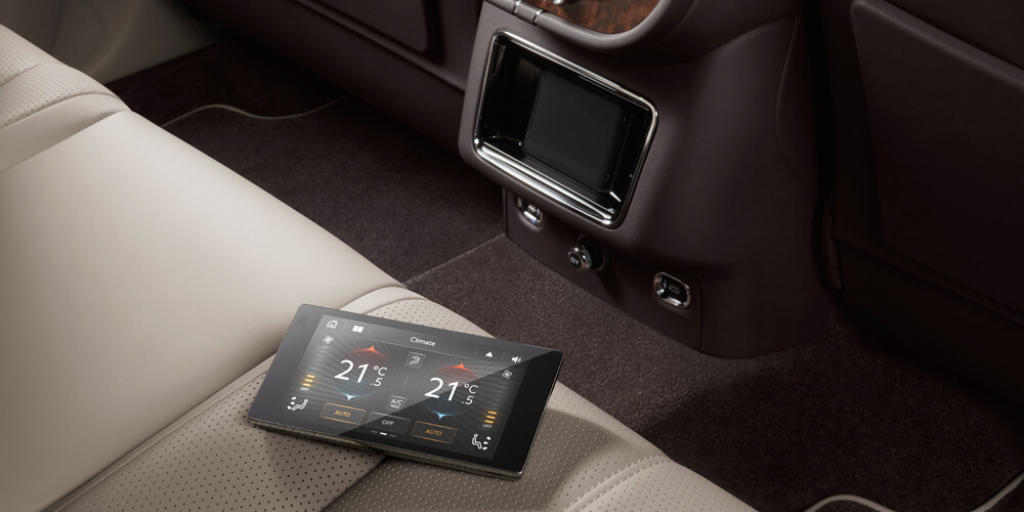 The new Bentayga features a bigger and brighter 10.9” high-resolution touchscreen that spans the entire width of the center fascia for a more contemporary look. It offers improved touch functionality and the display can be customized. Wireless Apple CarPlay is now standard, and Android Auto is offered for the first time in a Bentley.

The advanced navigation system is improved in the new Bentayga. It now offers three-dimensional building display, satellite maps, content in the driver’s next generation head-up display, and more. In addition to that head-up display, you also now have a fully digital driver’s information panel similar to the Continental GT and new Flying Spur. It can be customized to the driver’s liking and it features real-time lighting effects with elegant animations.

There’s even a technology upgrade for the rear seat passengers! There’s a new, larger touch screen remote control tablet for those passengers to control a range of functions like rear seat heating and massage, the media system, and also mood lighting and window blinds. It’s now 5” in size and it shows more contemporary graphics.

The Bentayga also continues to offer all the key features that made the original model so great like the hands-free powered tailgate, refrigerated bottle cooler, safety-focused City Specification Pack and rear view camera, and more. 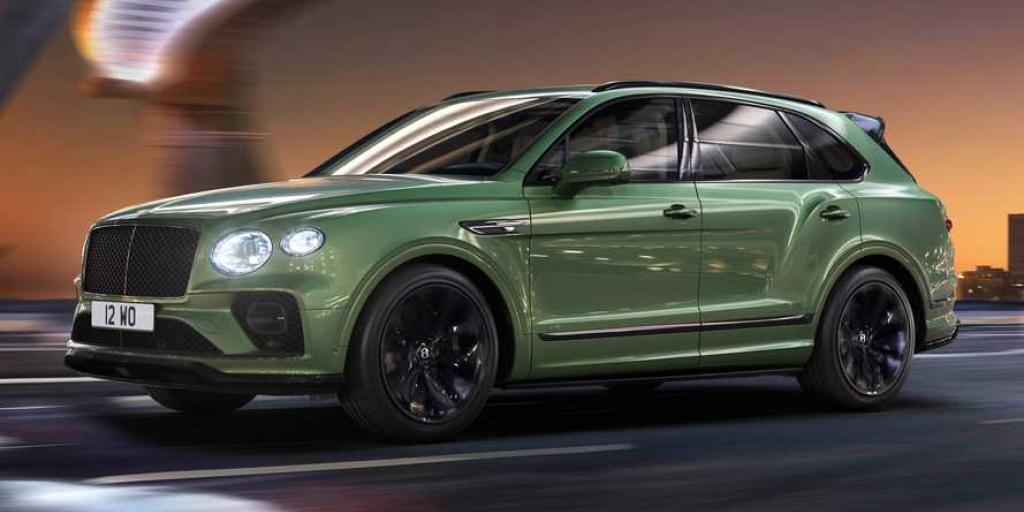 The 2021 Bentayga will continue to be powered by a 4.0-liter twin-turbocharged V8 engine as standard. It’s paired to an eight-seed automatic transmission and it offers supercar performance. The V8 makes 542 horsepower and 568 lb.-ft. of torque. It can reach a top speed of 180 miles per hour and it races from 0 to 60 mph in just 4.4 seconds.

There will also be hybrid and performance-oriented models of the Bentayga that follow. The performance-focused Speed model is the pinnacle of the Bentayga range and Bentley’s renowned W12 engine is reserved for it. There’s also a lot to look forward to with the upcoming hybrid.

“Benefiting from its introduction in the previous generation model, the hybrid will be Bentley’s most efficient model ever and is the company’s first step towards electrification,” wrote Bentley Motors on its website.

Pricing has not yet been released for the new Bentayga, but you can expect it to cost around $170,000 to start. While not everyone can afford it, the ultra-luxe SUV has sold exceptionally well! As Bentley likes to point out, it has handcrafted over 20,000 Bentayga SUVs since the vehicle was launched and that’s more than any of its competitors.

Do you think the new Bentayga will continue to be popular and do you enjoy the improvements made? Let us know on the SUVS.com Facebook Page!