All-Electric Mercedes-Benz EQ SUV Due By 2020

Mercedes-Benz has released more details about its electrification plans. The automaker says an electric SUV based on the Generation EQ concept it recently debuted at the 2016 Paris Motor Show will be produced by the end of this decade. That means we should see it roll off the production line in 2020. Before we refresh you on the EQ concept, let’s first take a look at the plant where the company has announced its lineup of electric vehicles will be produced. 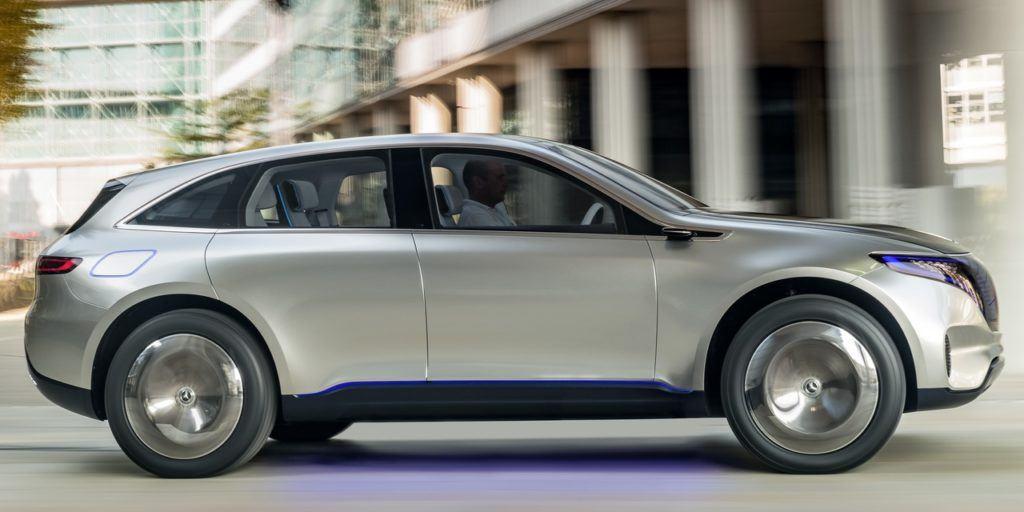 Mercedes-Benz considers its plant in Bremen, Germany the perfect place to produce its first electric EQ model. “Emission-free automobiles are the future. I am pleased that for the series production of our first electric EQ model, we can count on one of our most important partners in the global production network: our colleagues from Bremen,” said Dr. Dieter Zetsche, CEO of Daimler AG and head of Mercedes-Benz Cars. “The Bremen plant delivers a maximum of flexibility and high speed as well as Mercedes quality from the beginning, also for our electric models.” The company is already proud of the work being done at the plant. The automaker says the facility currently builds 10 different models, including plug-in hybrid versions of the C-Class and GLC. The company’s executives say they are confident Bremen has the technical know-how for the job. Members of the plant’s team say they’re excited to get to work. “Our team is proud and happy about the decision to produce the first EQ vehicle in Bremen. The greatest future prospects in the industry currently lie in electromobility and it is our ultimate goal that the Bremen site participates in this,” said Michael Peters, of the Mercedes-Benz Bremen plant. Bremen is also set to build the GLC F-Cell hydrogen fuel-cell model unveiled earlier this year. The Mercedes-Benz plant is the largest private employer in the region with 12,500 employees. The battery for the new electric SUV will be developed and produced by Accumotive in Saxony, Germany. Accumotive is a subsidiary of Mercedes-Benz’s parent company Daimler AG. There are plans, however, to expand production. With an investment of roughly $545 million, the company will build a new battery plant in Europe. Accumotive will produce lithium-ion batteries for all of Mercedes-Benz’s electric vehicles. The site will also make batteries for stationary Mercedes-Benz energy storage units. 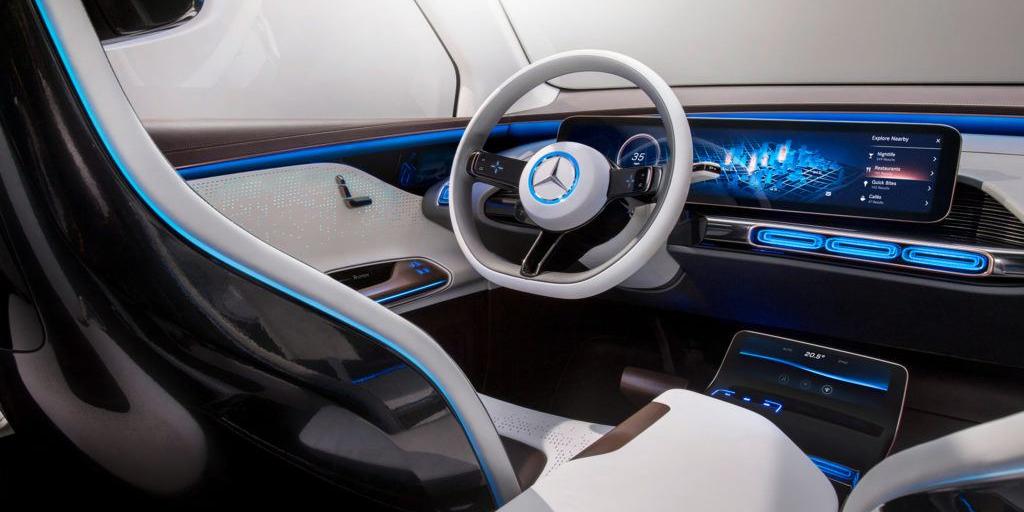 The first vehicle in the Mercedes-Benz electric lineup will be an SUV based on the Generation EQ concept debuted at the 2016 Paris Motor Show.  The sporty concept features a dynamic design with an electro-look. “Generation EQ is hot and cool,” said Gorden Wagener, head of design at Daimler AG. “Its fascination lies in a reinterpretation of our design philosophy of sensual purity, the aim being to create an avant-garde, contemporary and distinctive electro-look. At the same time, the design of the visionary show car, which has been reduced to the essentials, reveals an alluring progressivity." Instead of a traditional grille, the Generation EQ concept features a panel of lighting elements that make it look like something straight out of the future. While the Mercedes-Benz logo always takes front and center on the company’s vehicles, it really pops in the EQ concept as the white-illuminated star is surrounded by a sea of electric blue. Embedded in the “Black Panel” are white, LED headlights. The taillights are of matching design and are surrounded by an LED optical fiber that changes in color from electric blue to red when the vehicle is in motion. With a low roofline, smooth body panels, concealed windshield wipers and cameras in place of exterior mirrors, it has a sleeker design than traditional SUVs. The unique features also serve to reduce air resistance. The interior of the concept vehicle is just as impressive as the exterior. It welcomes the driver with a specific color lighting mood of their choice when they first enter the vehicle. The lighting mood then switches to electric blue for the duration of the drive. The 24-inch widescreen display, located in the rose gold bordered center console, also gradually changes in brightness. The display can be reconfigured to the driver’s liking and features a navigation map that shows all the destinations that can be reached on the vehicle’s current battery charge. It makes occupants aware of attractions or interesting places they can visit. When there’s not enough battery for a driver to reach a destination, the vehicle informs them of appropriate options. Instead of having to push buttons, there are touch-sensitive elements. Because there are no exterior mirrors, cameras are used to project an image of the traffic around the vehicle onto integrated displays in the doors. Speakers are built into the head restraints. Two electric motors on the front and rear axles give the EQ concept its power. The battery is located deep in the vehicle floor. The concept has all-wheel drive and packs 402 horsepower. It’s able to go from 0 to 60mph in under five seconds. The lithium-ion battery pack allows it to travel up to 310 miles on a single charge. 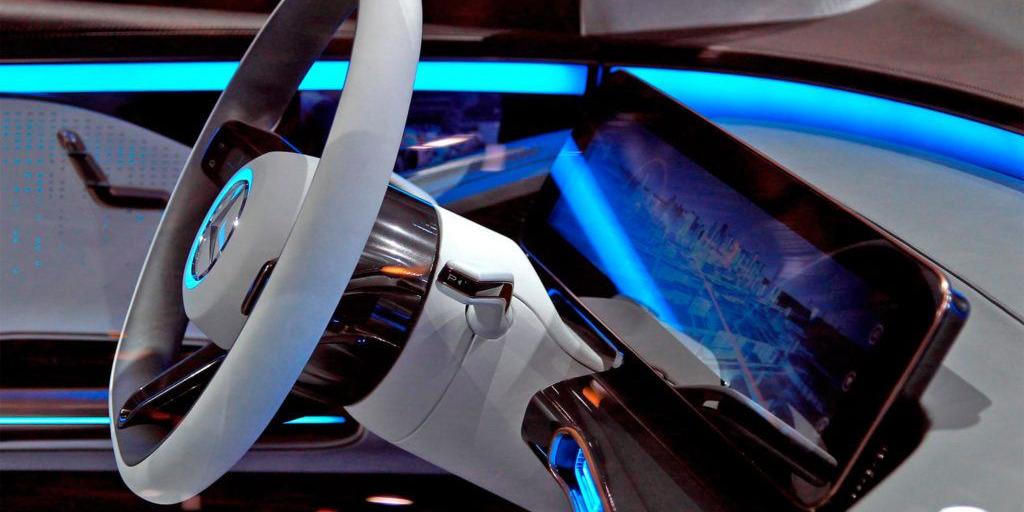 While the SUV based on the Generation EQ concept will be the company’s first all-electric vehicle model, it plans to have over ten in its portfolio by 2025. The company says the electric vehicles can be built within the existing global production network with sites on four continents. “In our production, we work intensely on the execution of our electric offensive. In this context, we assess the potential production of electric vehicles at all sites of Mercedes-Benz Cars,” said Markus Schäfer, a member of Mercedes-Benz Cars, Production and Supply Chain Management’s divisional board. “In general, our new production organization has become highly flexible, allowing us to quickly react in case of increasing customer demand.” Mercedes-Benz is being aggressive with its plan as it’s looking to compete with the BMW i brand and Audi’s upcoming e-tron lineup. It’s a battle that will certainly be fun to watch! 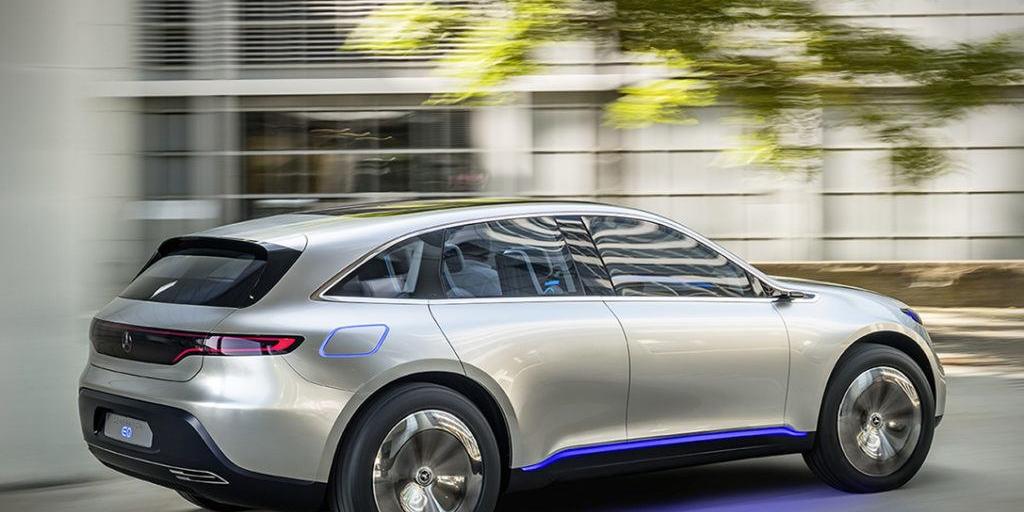