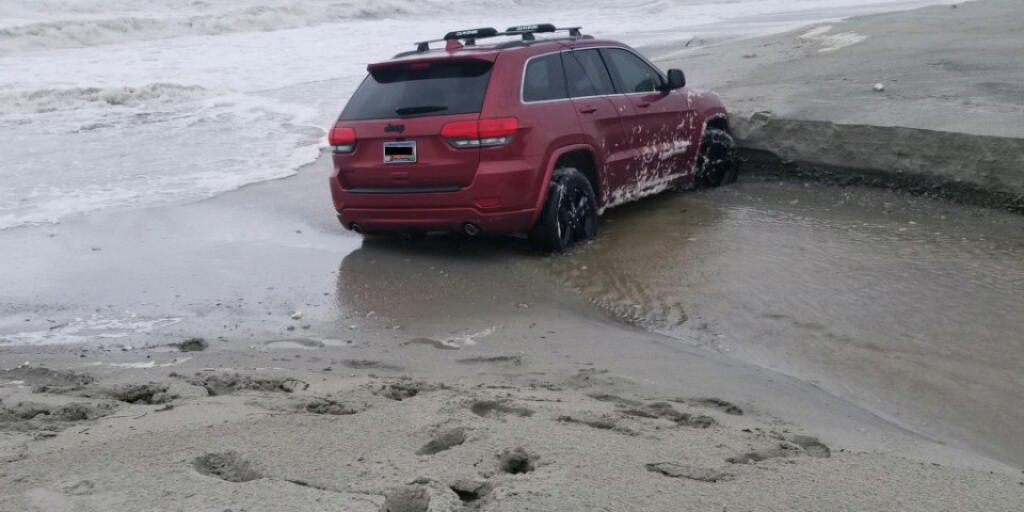 Hurricane Dorian brought unprecedented destruction to the Bahamas. The death toll there is staggering and many have lost everything. While Hurricane Dorian has brought much heartbreak and pain to people in the Bahamas and elsewhere, it has also spurred a bit of a lighter moment.

An abandoned Jeep stuck in the sand in Myrtle Beach, South Carolina quickly gained the internet’s attention. The red Jeep Grand Cherokee went viral during the storm, with people using the trending hashtag #JeepWatch on Twitter. The internet had a field day with it! Livestreams of the Jeep being pounded by the surf attracted more than a million viewers, including folks from overseas!

It also attracted the attention of locals. WFLA reports about 40 people were seen standing around the vehicle, taking photos of it or just watching. At one point, someone even brought out bagpipes and played “Amazing Grace!” To learn more about the hilarious memes that the stuck Jeep inspired, keep reading below. Some even tried to move the SUV out of the surf, but were unable to.

How Did the Jeep Get Stuck? 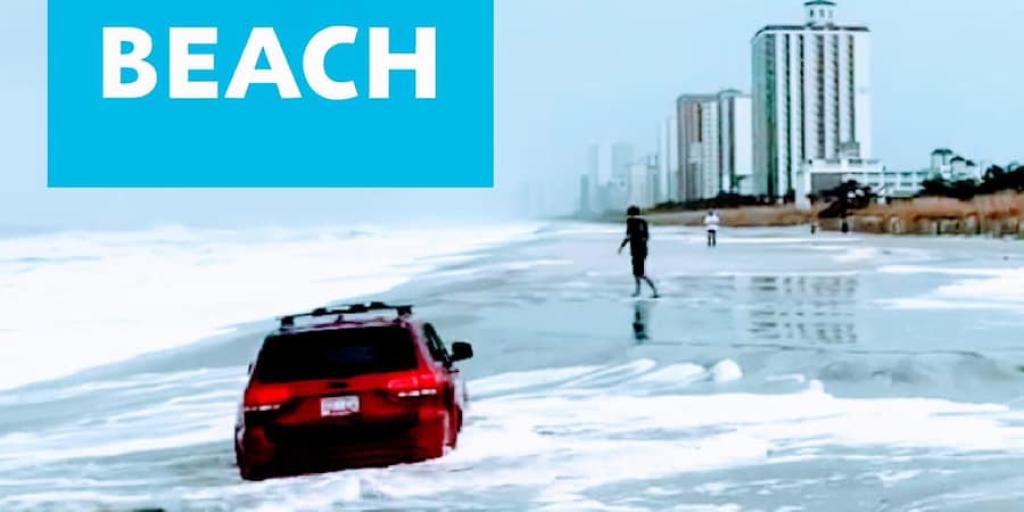 So, how did the Jeep Grand Cherokee get stuck? Funny story. WMBF spoke with the owner of the Jeep who said his cousin had borrowed it from him! He told WMBF his cousin thought it’d be a good idea to go for a drive on the beach before the storm hit.

"I guess there’s that runoff there and he didn’t realize it was in front of him, he was looking out the window when he went off and got stuck," the owner told WMBF.

The owner said he didn’t even realize his Jeep was stuck on the beach and had gone viral online until the police showed up at his door!

"He [the cousin] avoided me for a good hour or two because he didn’t know what to say and then police actually came to the house. And they said, ‘Hey we found your Jeep on the beach.’ Then I called him and spoke to him and he told me exactly what happened," the Jeep owner said.

The Memes The Abandoned Jeep Inspired 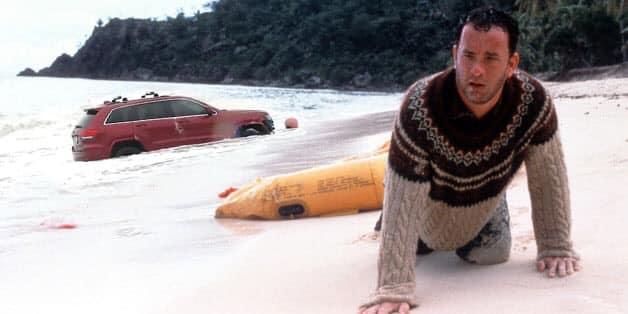 People found great humor in the abandoned Jeep. It served as a bit of comic relief to all the other, more devastating news about the hurricane. It also likely wouldn’t have gone viral had Myrtle Beach been hit hard by the hurricane, as the Bahamas tragically were.

As we mentioned, the situation inspired the trending hashtag #JeepWatch. A meme of O.J. Simpson driving his white Ford Bronco away from police was pictured next to the Jeep in one meme. The photo read, “the most famous SUV since the white Bronco.” Another meme pointed to the abandoned Jeep seeming like the perfect fit for a Farmers Insurance commercial (with their “we know a thing or two, because we’ve seen a thing or two” slogan). 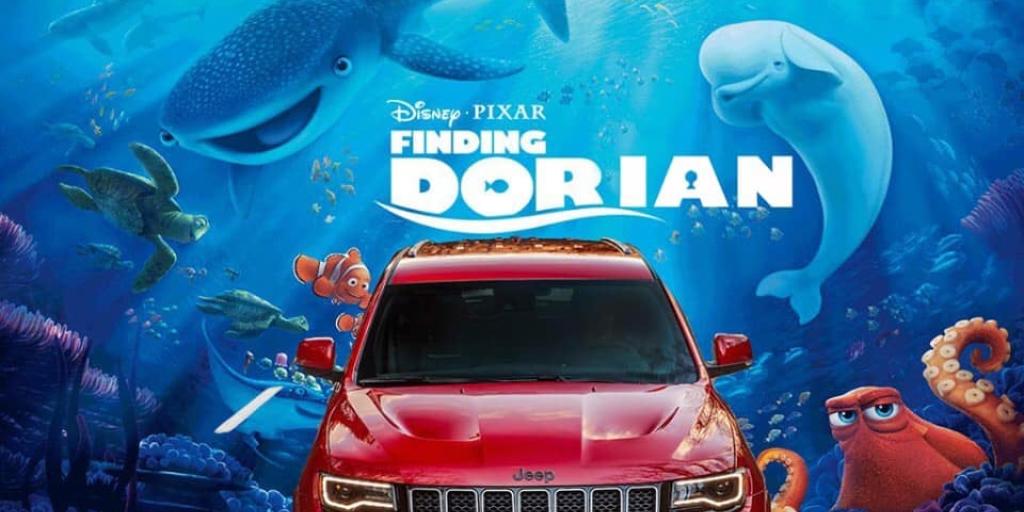 “There were literally news stations broadcasting our governor and a live feed of the Jeep at the same time,” posted one Twitter user.

Another wrote, “I don’t know where the digital team is over at Jeep, but they need to wake up. #JeepWatch You’re missing out on a prime opportunity.” 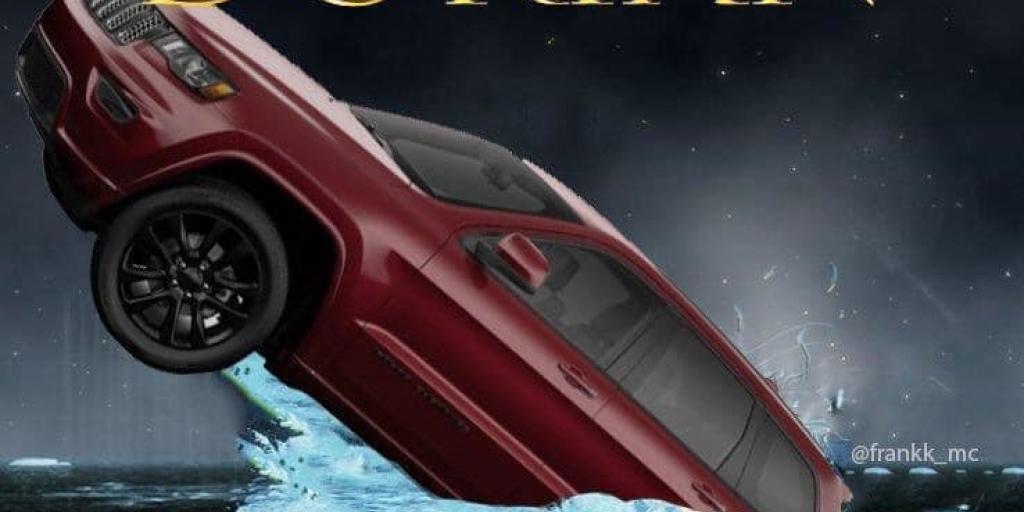 What do you think of #JeepWatch?