Each year, we put together a list of the vehicles featured in the highly coveted Super Bowl commercials. A Super Bowl ad isn’t cheap and so you know companies mean business when they buy a spot. Companies must shell out millions of dollars to be featured in the Big Game and while some car companies have passed on the opportunity to be featured this year because of COVID, there are still some big name automakers that will be advertising during Super Bowl LV.

Last year, we saw many Super Bowl commercials featuring SUVs. This year, SUVs continue to be in the spotlight, as do electric vehicles. Popular actor and comedian Will Ferrell will appear in an ad during Super Bowl LV for General Motors, for example, that promotes their electric vehicles including the GMC Hummer EV pickup and the Cadillac Lyriq SUV.

“The Big Game is the perfect venue for the incomparable Will Ferrell to encourage us all to reconsider what we know about electric vehicles, and to invite ‘Everybody In’,” said GM Global Chief Marketing Officer Deborah Wahl.

Jeep, Ford, and Toyota also have ads in this year’s Big Game. To learn more about those spots and also the auto brands that have decided to opt out of advertising in the Super Bowl this year, continue reading below! 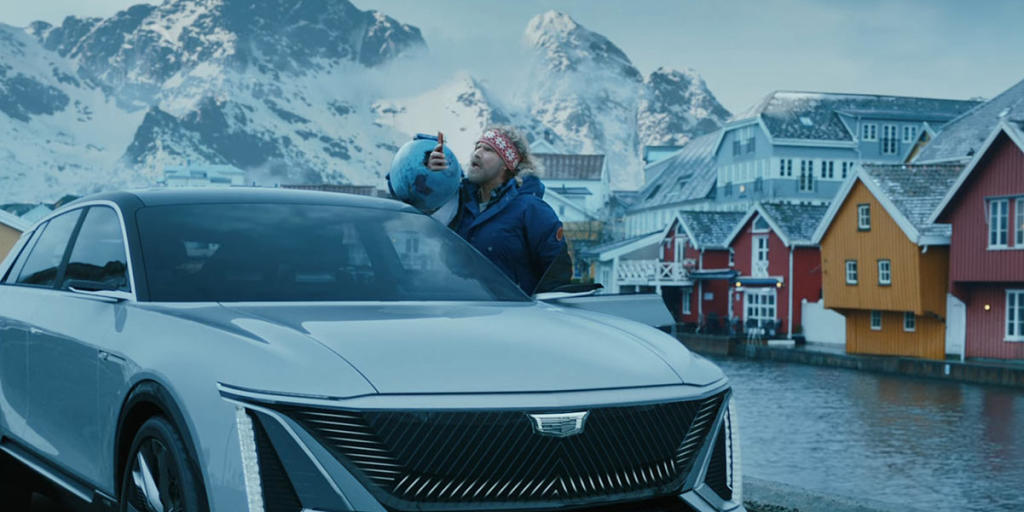 Actor and comedian Will Ferrell stars in a 60-second spot that will air during Super Bowl LV that focuses on the country of Norway. There’s also a longer version of the ad that has been released. The spot is an extension of GM’s “Everybody In” campaign, which launched in January.

The ad starring Will Ferrell is GM’s first corporate spot in more than a decade and it’s all about the company’s new focus on electric vehicles. It features the GMC Hummer EV pickup and the Cadillac Lyriq SUV. There’s also another 60-second spot that GM will air during Super Bowl LV that will focus exclusively on the all-electric Lyriq. Clearly, GM is committed to promoting its EVs and it comes as no surprise as it does have the lofty goal of launching 30 new EVs by 2025.

Ferrell’s spot is called “No Way, Norway” and it also features actors/comedians Kenan Thompson and Awkwafina. Ferrell encourages them to head to Norway with him and to take their EVs there as part of an attempt to give Norwegians a piece of their mind about Norway far outpacing the United States in electric vehicle adoption. It’s a fun spot with some serious star power! And in case you didn’t know, more than half of new vehicles sold in Norway are electric. Comparatively, EVs made up less than 4 percent of U.S. market share last year. 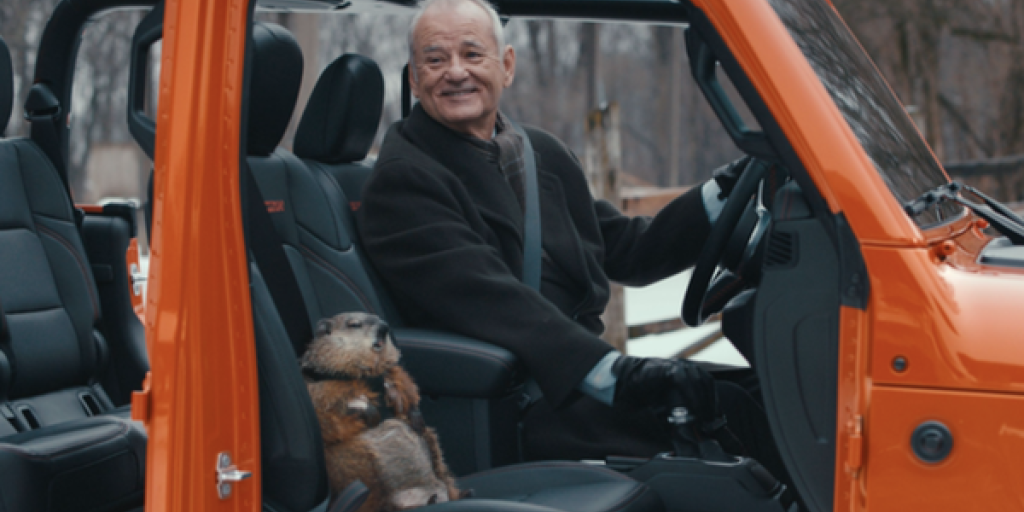 Last year’s Super Bowl ad from Jeep featuring Bill Murray reprising his role in the 1993 film “Groundhog Day” was highly praised. We’re not exactly sure what Jeep has up its sleeve for this year’s Super Bowl ad, but we do know the spot will air in the second half of the Big Game.

We’re definitely excited to see which Jeep model, or models, will be featured in the ad (if any). While brand owner Stellantis did confirm there would be an ad, they have not yet released any further details about it. 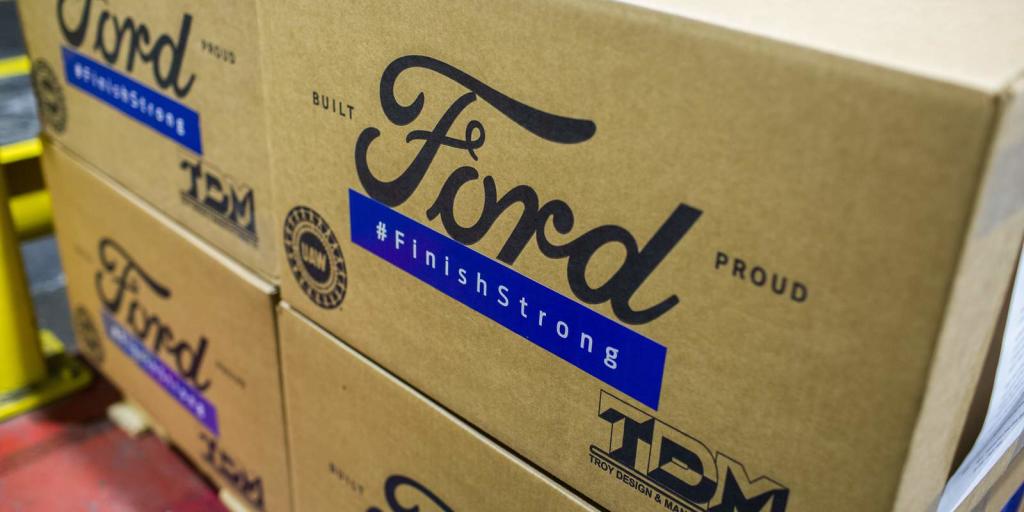 Ford is another auto brand to claim a spot during Super Bowl LV. The company will use the opportunity and airtime to continue its #FinishStrong campaign. The campaign pushes for unity to help get us through this difficult pandemic.

No Ford vehicles are featured in the 60-second spot, despite Ford having a lot to talk about with its Mach-E and Bronco.

Toyota is yet another auto brand that has decided to still advertise in the Big Game this year, but like Ford its 60-second spot doesn’t show any of its vehicles. Instead, Toyota is sharing an uplifting story that’s bound to inspire the millions of people watching.

The ad titled “Upstream” features the moving story of Paralympic swimmer Jessica Long, who is part of Team Toyota. Long was adopted by an American couple from a Russian orphanage and had to have her legs amputated due to a rare condition called fibular hemimelia. She never let her condition hold her back, though, and that’s exactly the type of uplifting story Toyota wanted to share during the Big Game. The spot ends with the line, “We believe there is hope and strength in all of us.” It’s sure to leave a lasting impression on Super Bowl LV viewers.

Automakers Opting Out of Super Bowl Ads This Year

Several big name auto brands have decided to sit out of this year’s Super Bowl. After a decade of creative and award-winning Super Bowl campaigns, Kia will not be advertising in Super Bowl LV. Instead, the brand has decided to expand its charitable niceties in support of America’s youth. Hyundai has also passed on the opportunity to advertise in the Super Bowl this year. Other automakers are also taking a backseat this year.

Used car retailer Vroom is advertising in the Super Bowl for the first time. It’s using its 30 seconds of airtime to talk about how painful it can be to buy a car from a dealership. It was made with the ad agency Anomaly and shows the benefits of contactless at-home car delivery.

WeatherTech is yet another auto industry business with an ad airing in Super Bowl LV. It will run two in-game spots this year, as well as a third before the game starts. The ads were done by Pinnacle Advertising and were filmed in WeatherTech’s facilities in Illinois. One of WeatherTech’s ads talks about how it has kept manufacturing and jobs in the United States for decades. The other features WeatherTech employees talking about how much they love their jobs.