It’s a compact crossover designed to attract young, active, multi-cultural professionals. Toyota is going after millenials with its new C-HR compact crossover SUV. The company debuted the vehicle at the 2016 Los Angeles Auto Show. The sports utility vehicle’s designers stuck with the original diamond theme of the concept version. The company says the vehicle’s silhouette resembles the gemstone set on its side. “Its popularity will be driven by innovative buyers who are interested in technology, fashion, music and everyday versatility,” said Bill Fay, group vice president and general manager of the Toyota division at Toyota Motor Sales, USA. “They are trendsetters who have a knack for standing out without even trying. Design matters to them and offers them a chance to express their true selves.” Toyota says the crossover looks like nothing the company has ever created and ushers in a new era of Toyota style. “For all of us that’s a point of pride and excitement that will attract fashion-forward consumers,” said Fay. The C-HR is powered by a 2.0-liter four-cylinder engine and comes in two grades. They are the C-HR XLE and C-HR XLE Premium. The C-HR goes on sale next spring. Exterior You may be wondering how Toyota will attract fashion-forward millennials. The company hopes its diamond theme will be the golden ticket. The compact crossover’s exterior features powerful wheel arches and 18-inch aluminum wheels. Up front, there are slim projector headlights wrapped into the vehicle’s toned shoulders. “Deep character lines emerge from the headlamps and lead into the narrower core body,” said Fay. “They flow into a unique C-Pillar with a hidden door handle.” At the back of the vehicle, there are 3D taillights. The company says the C-HR’s functional spoilers and wings give it a sporty vibe. Toyota says it also looks wider than it actually is. 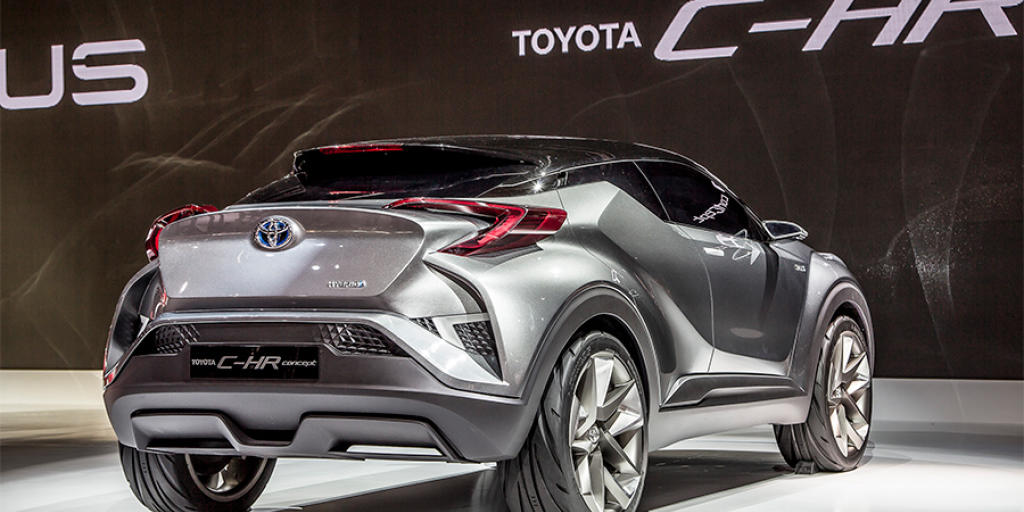 Interior Toyota says the front space of the C-HR is driver-centric, like you’d find in a sports car. Hiro Koba, who the company says is a racer at heart, designed the sporty interior. He’s the deputy chief engineer of the C-HR. Toyota says clear evidence of Koba’s touch is seen and felt by the driver with a low seating position, standard premium leather steering wheel and bright, informative MID with G-Force Meter. The company says the C-HR’s interior is far from short on attractive details. “The cabin is spacious and chic, with diamond accents found on the soft-touch materials, climate controls, speaker surrounds and black headliner,” said Fay. The C-HR has a slightly angled dashboard that gives the driver a clear view of the road ahead. Having the 7-inch audio display positioned not in the dash, but centrally atop it also reduces driver distraction. The display features a USB port and AUX jack, Bluetooth and voice recognition with voice training. Passengers are kept snug and comfortable in bolstered bucket seats. Sound insulating materials on the carpet, headliner, A-pillars and door trim help keep the interior quiet for long drives. Toyota also says there’s a generous amount of small item storage space and cup holders. When it comes to storing luggage, there’s added space by folding the rear 60/40 seat. Performance and Safety  Toyota says the C-HR not only looks great but also drives great. The company says Koba made sure of it by having his team develop a new front strut suspension that they matched with a double-wishbone rear setup and thick stabilizer bars. Both front and rear use C-HR-specific SACHS dampers. The C-HR features a 2.0-liter four-cylinder engine that produces 144 horsepower and 140 pound-feet of torque. It’s front-wheel-drive only, which is sure to disappoint some. When desired, a Sport Mode and a manual shift mode bump up the SUV’s performance. Toyota says the engine employs many of the company’s latest generation of technologies, including Variable Valve Timing and Valvematic, “both of which have received extensive optimization to enhance fuel economy and smooth operation.” It also utilizes redesigned pulleys to enhance acceleration and fuel economy. A new belt structure helps reduce cabin noise. To help keep you safe on the road, the C-HR comes equipped with standard Toyota Safety Sense P™. The multi-feature advanced active safety suite bundles cutting-edge active safety technologies including pre-collision system with pedestrian detection function that features forward collision warning and automatic emergency braking, lane departure alert with steering assist, automatic high beams and full-speed dynamic radar cruise control. 10 standard airbags complement the safety suite. The C-HR also comes with a standard rear backup camera. Blind spot monitor and rear cross traffic alert are available on the XLE Premium grade. 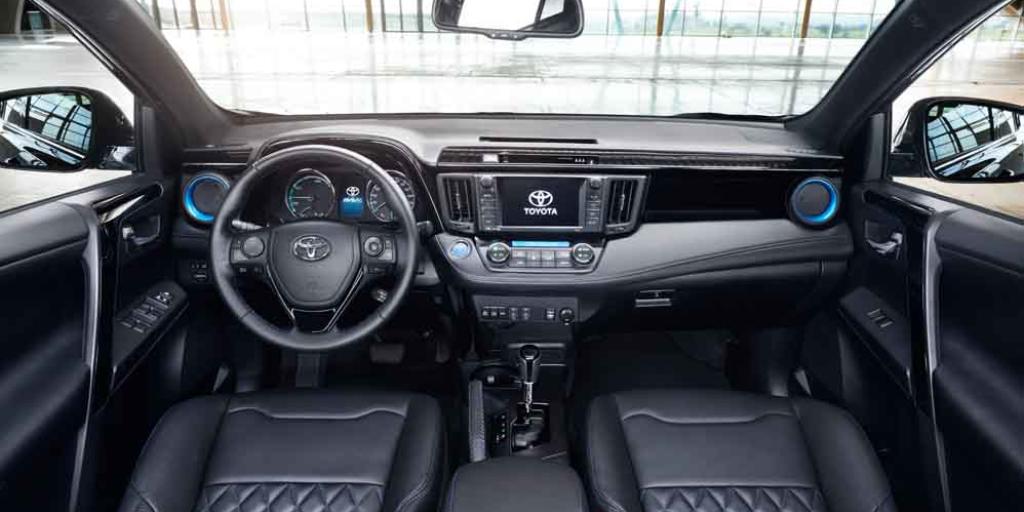 Trims When the C-HR goes on sale next spring, customers will have to choose between the XLE and XLE Premium grades. Standard features on the XLE include 18-inch alloy wheels, a 7-inch audio display, 4.2-inch color TFT, dual-zone clime control, leather steering wheel and statin-plated shift knob, electric parking brake, auto-dimming rearview mirror with backup camera and LED daytime running lights with halogen headlamps. The XLE Premium grade adds smart key and push button start, blind spot monitor and rear cross traffic alert, heaters for the front seats, Toyota C-HR puddle lamps, driver power lumbar, fog lamps and auto fold, heated side mirrors. Our Take  Toyota says the C-HR completes its portfolio of crossovers that already includes the family-friendly Highlander and the young couple’s RAV 4. “It gets us right in sync with the market’s love for compact crossovers,” said Fay. “This segment is expect to surpass 1 million units in sales by 2020.” The company is obviously looking to cash in on that segment with its C-HR. It’s left to be seen whether or not millennials will flock to it, but it certainly will have some competition. That’s because Ford also recently released a compact crossover aimed at young people who live in urban areas. The EcoSport also comes with a 2.0-liter, four-cylinder engine option. A major difference, however, is that the EcoSport’s 2.0-liter comes standard with 4WD. The C-HR only comes with front-wheel-drive, something that may cause consumers to think twice. Its sporty design and diamond accents, however, may just be enough to attract the consumers Toyota is gunning for. Pricing has yet to be released. 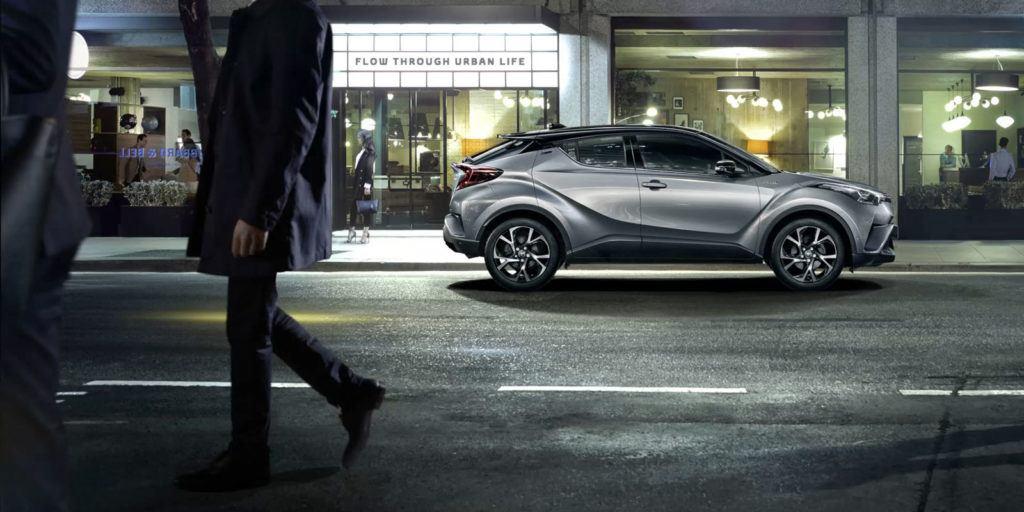