2017 Green SUV of the Year Announced

Five finalists were in the running for the title of 2017 Green SUV of the Year but in the end, only one could win. The BMW X5 xDrive40e plug-in hybrid took home the crown. The Green Car Journal made the announcement at a press conference at the Washington Auto Show in Washington, DC on Jan. 26, 2017. The Green Car Journal has been around since 1992. The quarterly publication focuses on green vehicles and environmentally friendly energy and technologies. The magazine also hosts events, conducts outreach efforts to educate consumers about green vehicle choices and produces ride-and-drives of advanced and clean fuel vehicles. There’s a jury that selects which vehicles receive the Green Car Awards. Three awards are handed out each year. They are Connected Green Car of the Year, Green SUV of the Year and Luxury Green Car of the Year. The jury considers such traditional values as safety, quality, value, performance and functionality alongside superior environmental achievement. To encourage continuing environmental improvement, emphasis is placed on new models and those in the earlier stages of their model lifecycle. Aside from the winner, this year’s finalists for the award included the Honda CR-V, Mazda CX-9, Mercedes-Benz GLE550e plug-in hybrid and Nissan Rogue hybrid. “Winners of the 2017 Green Car Awards in Washington, DC illustrate just how far the automotive market has advanced in recent years,” said Ron Cogan, editor and publisher of Green Car Journal and CarsOfChange.com. “The desire for more efficient and environmentally positive vehicles has grown across the automotive spectrum, including the luxury, connected, and SUV categories honored at the Washington Auto Show. The auto industry has clearly stepped up in a big way to deliver the ‘greener’ models consumers want to buy.” 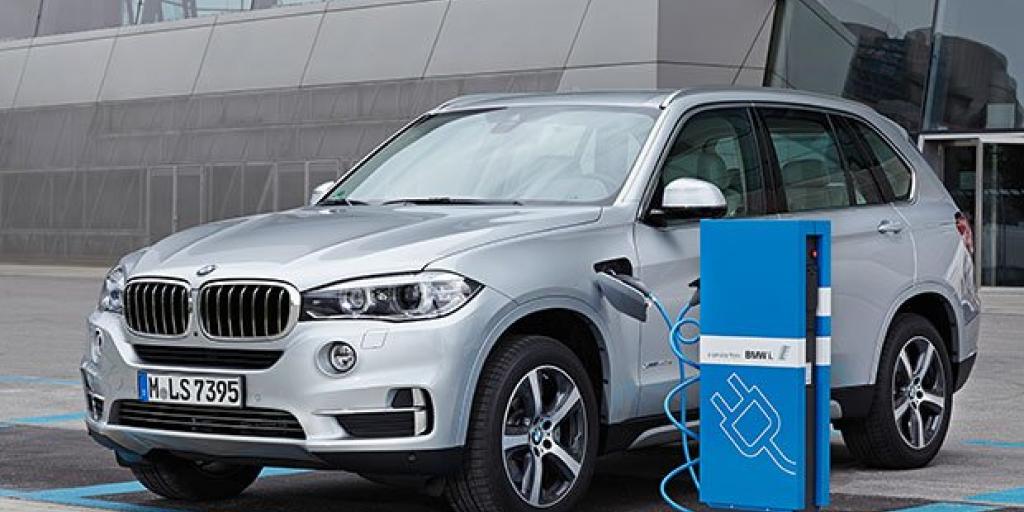 The X5 xDrive40e is the first plug-in hybrid production vehicle from the core BMW brand. It was unveiled at the 2015 Shanghai International Motor Show. It combines the company’s award-winning 2.0-liter TwinPower Turbo four-cylinder engine with an electric motor that’s integrated into the 8-speed Steptronic automatic transmission. The gasoline engine and electric motor churn out a combined 308 horsepower and produce 332 lb.-ft. of torque. BMW says the hybrid powertrain is able to propel the X5 xDrive40e from 0 to 60 miles per hour in just 6.5 seconds. It has an electronically limited top speed of 130 mph. When it’s in all-electric drive mode, meanwhile, the vehicle is capable of a top speed of 75 mph. The lithium-ion high-voltage battery pack that powers the electric motor is located underneath the luggage compartment floor. BMW says the battery pack is well protected there in the event of a crash. It also allows the vehicle to offer more luggage capacity. The high-voltage battery can be charged with an occasional use charger at any 120-volt/15 amp electrical outlet or at public charging stations. The SUV, of course, also benefits from the company’s permanent all-wheel drive system. 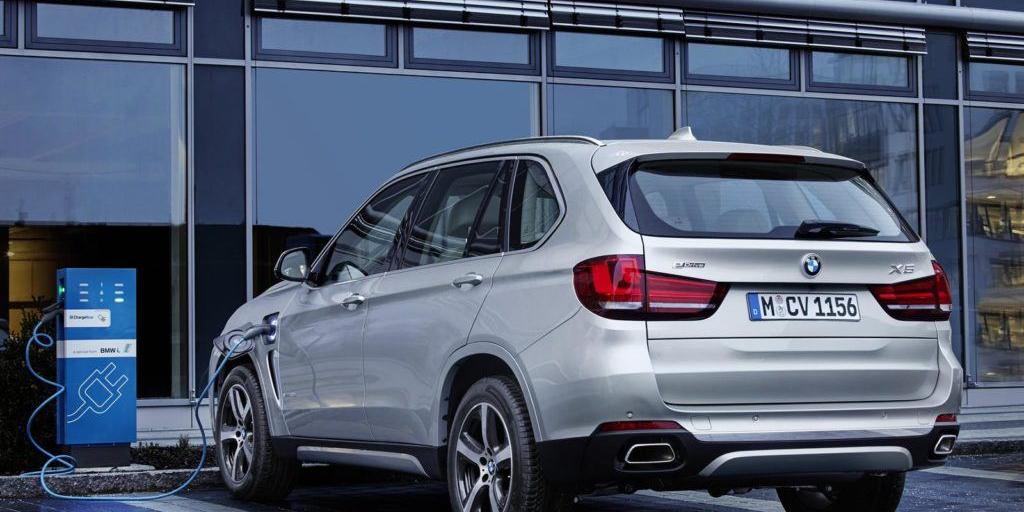 “Regardless of the proportion of drive power being sourced from the engine and motor respectively, xDrive ensures optimal traction in all weather and road surface conditions, together with optimized handling stability and increased agility when powering through corners,” writes the company. It’s easy for the driver to modify the powertrain with the eDrive button that’s located on the center console. When the vehicle is first started, the AUTO eDrive setting is activated by default. That setting has both the engine and electric motor working in tandem. The intelligent operating strategy determines the most efficient drive combination at all times and switches to it automatically. The second mode is the all-electric drive mode called MAX eDrive. The mode offers a maximum range of 13 miles, making it possible to use on short trips like to the grocery store. The third mode is the SAVE Battery setting. It does what it says. It allows the driver to save its battery’s energy reserves for a later time. That way, it can operate in all-electric mode at a later time during the journey. The vehicle also comes standard with a Driving Dynamics Control switch which allows the driver to activate COMFORT, SPORT or ECO PRO modes. The ECO PRO mode, for example, triggers efficiently-optimized control of the air conditioning, seat heating and heated mirrors. Cool stuff, right? Also, when the driver’s foot is off the accelerator at speeds between 0 and 100 mph, the coasting function shuts off the engine. It allows the vehicle to continue moving without burning any fuel. The BMW X5 xDrive40e definitely has the stuff to be named Green SUV of the Year. A press release on the Green Car Awards said the vehicle takes SUVs to the next level. It’d be hard to argue that point. 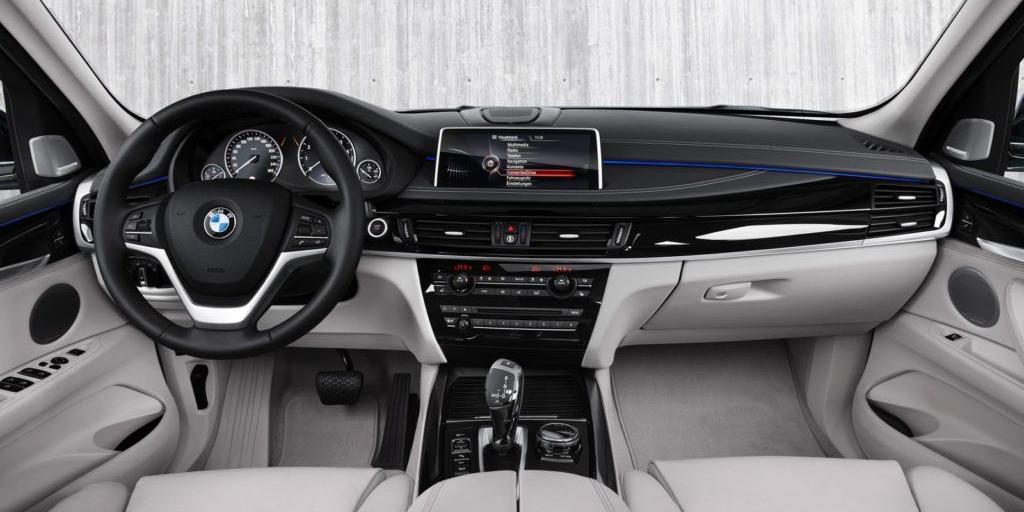 2017 Green SUV of the Year Finalists

Honda’s fifth-generation CR-V was named a finalist for the award because it offers class-leading fuel economy by virtue of its 190 horsepower, turbocharged 1.5-liter engine. Mazda also made the list with its redesigned CX-9. The three-row crossover’s 2.5-liter turbocharged engine gets 28 highway mpg. It also makes use of the automaker’s SKYACTIV technology to be lighter and more efficient. Another plug-in hybrid that made the list was the Mercedes-Benz GLE550e. It’s able to travel 20 miles solely on battery power. The Nissan Rogue’s hybrid variant rounds out the list. It features a 2.0-liter 4-cylinder engine and electric motor.

Honda took home last year’s Green SUV of the Year award with its HR-V. Honda says the compact crossover was recognized for its class-leading environmental performance and top fuel economy rating of 35 mph highway as well as its additional designation as an Ultra Low Emissions Vehicle. It’s powered by a 1.8-liter i-VTEC 4-cylinder engine that produces 141 horsepower.