Wells Fargo has been accused of lying to Congress in 2016 by not disclosing a scandal that was brewing in the auto insurance sector of the megabank.

Who runs this outfit? Lois Lerner? Barney Frank? Jordan Belfort? This would probably be bigger news if the Weinstein scandal wasn't plastered on every outlet's front page!

This startling allegation came from Senator Sherrod Brown at a Senate hearing regarding Wells Fargo. Brown said that the company simply lied to the committee and to the public. He is currently a ranking Democrat on the Banking Committee for the Senate.

In July, Wells Fargo confirmed that it had forced car insurance on as many as 570,000 people who did not request it. Around 20,000 of these customers had already had their cars repossessed wrongfully in the past, partly because of unwanted insurance fees.

Wells Fargo said that they were first made aware of the car insurance debacle in July of 2016 after their customers started complaining.

But, John Stumpf, the ex-CEO of Wells Fargo, did not disclose any of this information to the Congress during the hearings in September 2016 regarding the millions of fake accounts created by the bank. Stumpf had resigned under a lot of pressure just a few weeks after the hearings terminated.

In the follow-up questions, which were written in after the hearings in 2016, the Banking Committee specifically asked executives from Wells Fargo if they were certain no other fraudulent activity existed at the bank anywhere. Lawmakers even asked if Wells Fargo discovered any other type of misconduct with their insurance products or something similar. 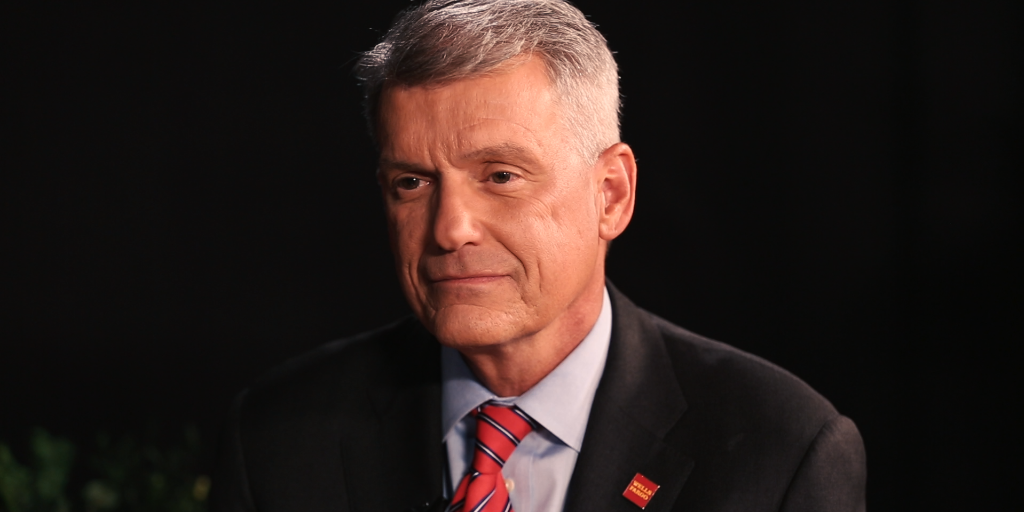 Wells Fargo first responded to these accusations in November 2016, a month after Tim Sloan joined the ranks as CEO. They said that they believed the fraudulent activity was limited to a few employees working in the community banking division of the company. Wells Fargo didn't even mention the car insurance scandal deeply rooted in its car dealer services department.

Brown asked why Sloan didn't speak publicly on the car scandal after he became the CEO. Brown also asked Sloan why he thought it was fine to cover all of it up. Sloan denied that Wells Fargo ever tried to bury any of their car insurance misdeeds.

Sloan said that they weren't covering anything up. The CEO defended the way in which he was handling the matter, and said that he helped in the decision of suspending the insurance program in Sep. 2016, once he was made aware of the troubling issue.

Wells Fargo started issuing refunds last month to customers who were hurt by unsolicited insurance. The bank also said that it expected all of the impacted borrowers to get reimbursed properly by the middle of 2018.

Sloan argued that the car loan issue is very different when compared to the fake accounts scandal since employees were not being incentivized by their sales goals for selling auto insurance. In contrast, Wells Fargo acknowledged that there were some unrealistic sales goals which gave the workers the idea of opening up to as many as 3.5 million unauthorized credit card and bank accounts.

Wells Fargo blamed the unwanted car insurance on various flaws with their system that verifies whether customers have insurance or not. Wells Fargo's car loan contracts let them automatically place borrowers in their own car insurance policies if they had lapsed, which was quite an unusual practice for a large bank, or any bank or insurance carrier, for that matter.

Sloan also hinted that Wells Fargo will soon disclose more problems in yet another division of their bank. They plan to contact more than 108,000 customers in order to address fee-related complaints related to mortgage loans.

Wells Fargo said that the Federal Consumer Financial Protection Bureau is looking at the fees levied on customers in order to extend the lock-in period of their mortgage rates. Sloan also mentioned that all the details would be released in a few days so he may as well talk about it now.

In summation, Wells Fargo recently admitted to at least 800,000 people paying for car insurance that they didn't want or need. They asked customers who got car loans from their bank to provide proof they had auto insurance and if they couldn't, Wells Fargo would buy the coverage on their behalf without their permission. The company said it was a failure of their internal controls that led to so many people improperly paying for unneeded coverage.

As many as 25,000 of the people even got their cars wrongly repossessed as a result!

This is perhaps why the accusations of lying flew around freely. The bluntest remarks were made from Senator Sherrod Brown who is the head Democrat on the Senate banking committee. His statement, in short, is that the company simply lied to the committee and to the public.

Brown peppered the CEO of Wells Fargo with questions,  asking why he did not talk about the car scandal after their last hearing or ever make the committee aware of the additional fraudulent activity. Sloan, on the other hand, denied that the company was trying to cover up anything at all.

He also defended the way in which the matter was handled, saying he had helped with the decision on the suspension of the insurance program after learning about all the problems.

The changes which Sloan and the rest of his team have made aren't enough to reform the corporate culture which is willing to abuse customers as well as employees just so that it can pad the numbers and increase compensation for executives. It's a shame these types of white collar crimes that betray the public trust never result in anyone being punished when the damages are far more severe than many of the petty crimes for which millions of Americans are incarcerated. We hope none of our readers were personally affected by this egregious misconduct by Wells Fargo!