Following the official reveal, the T-Roc SUV from Volkswagen was unveiled to the public for the first time in Frankfurt. The SUV is also the first in a transformed lineup which is going to see the renewal of the entire range offered by VW by the year 2020. The model debuted original

The SUV is officially going to go on sale in Dec. of 2017, internationally. The T-Roc is a 5-seat crossover which slots into the line-up of VW below the Tiguan. The car is going to be available internationally with 3 gasoline and 2 diesel engine variants with different types of tuning. They also come with either 4Motion 4-wheel drive or front wheel drive.

VW is currently positioning this SUV to rival a number of competitors. They are hoping that the T-Roc will even be able to compete with some premium crossovers like the GLA from Mercedes-Benz. In order to try and capture more of this burgeoning market, the production VW T-Cross Breze concept is also going to be launched in the preceding years.

The T-Roc is based on the MQB modular platform and uses a MacPherson strut front and based on the drive and engine system, either a multi-link rear suspension or a torsion beam combined with optional adaptive damper systems. 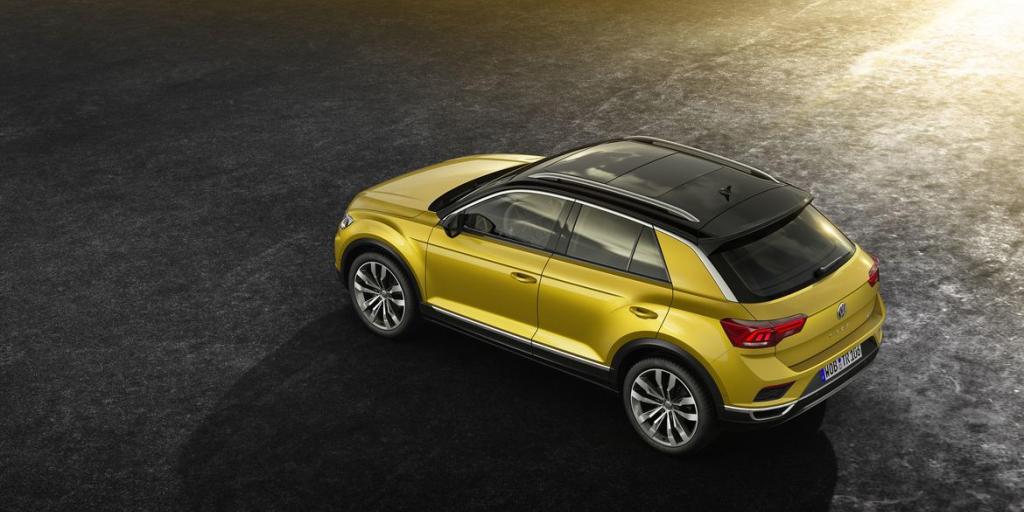 The design is quite similar to the concept and is emphasized by the dual off-road and on-road character. Herbert Diess, the boss of VW, said that the new car was going to set a new benchmark in agility for the class. Some of the key design elements include the VW grille which has been bookmarked by some thin headlights and LED daytime running lamps as well as cornering lamps lower down in the front bumper. The DRLs even serve as indicators which switch to a sort of orange hue whenever the turn signals are operational.

The wheel arches, the swage line which runs back to the door handles to create a defined shoulder line, a trim element made from chrome which extends from the A-pillar to the wide C-pillar base, and the optional roof color contrasting are some more distinguishing features that are on the menu. The SUV is going to be available in 3 trims, style, sport, and standard. 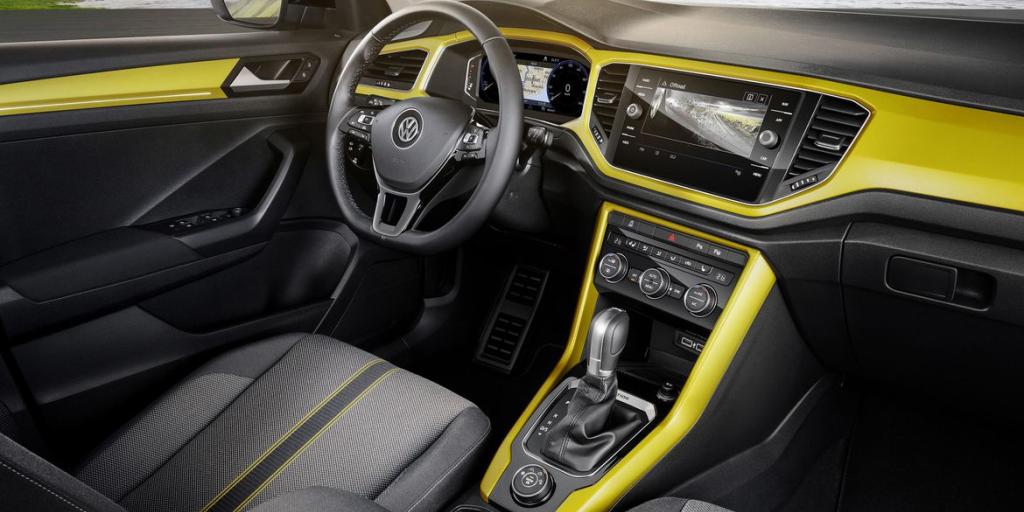 On the inside, the T-Roc comes with a dashboard which has been laid out just like the Golf Sportsvan but has some additional body colored elements as part of the trim. The controls are even shared with some of the more recently released Volkswagen models which give the SUV a familiar looking cabin.

The T-Roc has an SUV type of seating position with the front seats being mounted 1.88ʺ over the road and the rear seats mounted 2.03ʺ over the road. The trunk space is supposed to be 117.56 gallons that are 17.17 gallons more than the Golf but 44.91 gallons less when compared with the Tiguan. Even when the standard 60/40 configured rear seat is folded, the capacity extends to just about 341 gallons. 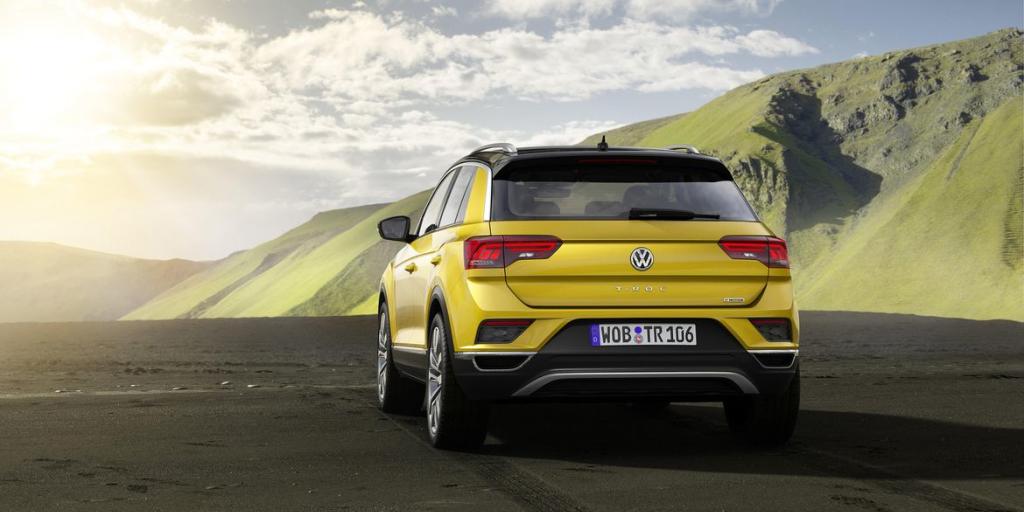 Volkswagen is going to be offering a large number of engines in the T-Roc for its European release. It is also going to come with a 6-speed manual or a 7-speed dual shift auto gearbox as well as 4Motion 4WD or front wheel drive.

Four of these models are going to come with a 6-speed manual gearbox and all of them will have front-wheel drive standard. The 2 Liter TSI engine and the more powerful 2-L TDI will come with the 7-speed dual-clutch transmission and 4Motion 4WD which is a combination that is also available as an option on the 150 hp 2-L TDI and 1.5-L TSI.

When it comes to 4WD models, they arrive with active control functions which let you choose between two modes on the road: snow and street, as well as a couple of off-road modes, off-road individual and off-road. The 4Motion 4WD also receives a driver profile function, optional on the other models, which let the driver choose between 5 different drive modes: individual, eco, sport, normal, and comfort.

On the safety front, the T-Roc has automatic pre-collision braking, front monitoring, and active lane keeping. The front monitoring uses emergency braking and pedestrian monitoring to further enhance safety. The higher-end models even come with driver alert, which has the ability to save lives.

Some additional features to look forward to in this SUV include a new road sign display, lane change assist, adaptive cruise control, traffic jam assist, blind spot monitoring, proactive occupant protection, park assist, emergency assist, and main beam assist. No, it does not come with a free copy Transformers, Star Trek Beyond, Jason Bourne 4, Deepwater Horizon, Sicario, Horrible Bosses, or any other DVD to a spectacular movie – you have to take care of that yourself! And no, it will not lower your taxes for you either!

Now, would you buy this SUV?