While technically the ZH2 is not classified as an SUV, we thought this vehicle was too amazing not to cover! Could the noisy, diesel-powered Humvees of the Army’s past be replaced by near silent, fuel cell vehicles? It’s a question many are now asking after the Chevrolet Colorado ZH2 was unveiled by General Motors at the fall meeting of the Association of the United States Army on Monday, October 3rd.   It’s just the latest development for the company in the field. GM’s been working for decades on hydrogen fuel cells. The cells convert hydrogen gas into electricity. Vehicles powered by them can be refueled in just minutes and are silent. Those are seen as a huge benefits to the military. The multinational corporation says it’s incredibly proud of its latest development. It’s calling the Colorado ZH2 the most extreme off-road-capable fuel-cell-powered electric vehicle it has ever created. 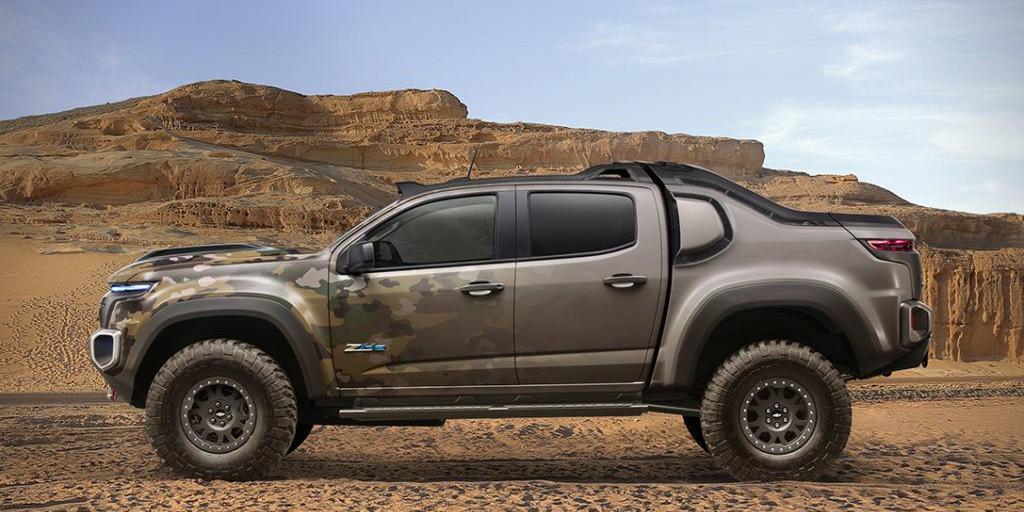 The vehicle was developed by GM and the U.S. Army Tank Automative Research, Development and Engineering Center or TARDEC. TARDEC is the United State’s laboratory for advanced military automotive technology. It also serves as the Ground Systems Integrator for all Defense Department manned and unmanned ground vehicle systems. From contract to concept, the fuel cell vehicle took GM and TARDEC about a year to develop. It’s something many are proud of. “The speed with which innovative ideas can be demonstrated and assessed is why relationships with industry are so important to the Army,” said Paul Rogers, director of TARDEC. GM and TARDEC actually have fuel cell development laboratories located 20 miles apart in southeast Michigan. However, most of the vehicle was assembled in GM’s Advanced Vehicle Integration facility in Warren, Michigan. The vehicle actually began as an ordinary fair size truck but its undercarriage was stretched out over the course of development. The vehicle is more than seven feet wide and is nearly just as tall. It weighs three tons. It features impressive, 37-inch tires and has a specifically modified suspension. It’s all meant to help the vehicle climb over and descend all types of terrain.

The Army says it will begin testing the vehicle in early 2017 after calibration testing at GM’s Milford Proving Ground wraps up. The Army will spend a year pushing the Colorado ZH2 to the absolute limit. It will test the vehicle in extreme field conditions to determine the viability of hydrogen-powered vehicles like it on military missions. Here are the main things the Army will evaluate the ZH2 fuel cell for: “Fuel cells have the potential to expand the capabilities of Army vehicles significantly through quiet operation, exportable power and solid torque performance,” said Rogers. While the Army is excited to begin testing the vehicle, GM is just as excited to see the results. “Over the next year, we expect to learn from the Army the limits of what a fuel cell propulsion system can do when really put to the test,” said Charlie Freese, executive director of GM Global Fuel Cell Activities. 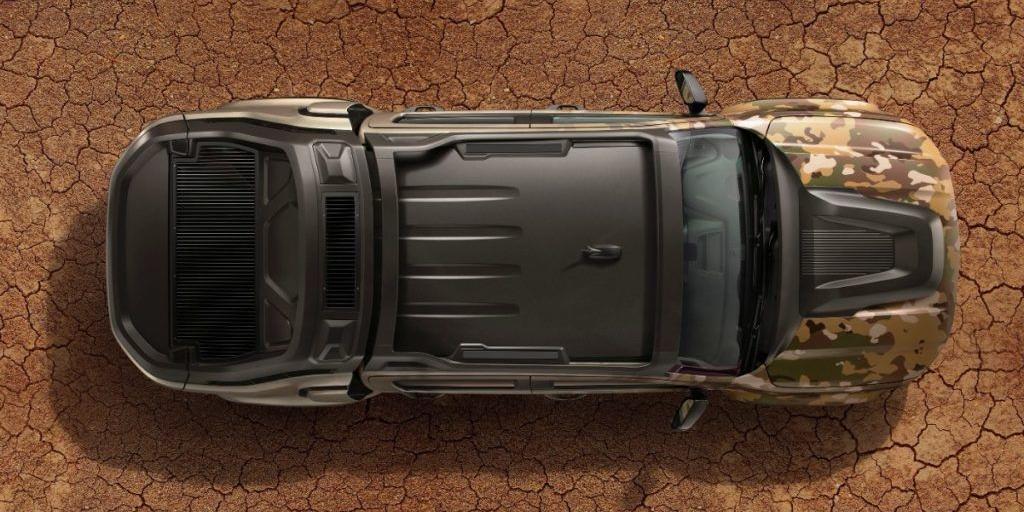 Army officials say when it comes to executing missions, being able to access locations undetected is key. The Army’s current fleet of armored vehicles is noisy and often tips off enemies. Officials say being able to travel under the radar would give troops a huge advantage. They’re incredibly interested in just how quiet the vehicle can be. Something Army officials are also incredibly interested in is the fuel cell vehicle’s Exportable Power Take-Off Unit. It’s located in the rear hatch of the Colorado ZH2 and can provide 25 to 50 kilowatts of electric power away from the vehicle. Officials say that could help power a camp. Because military members are often in locations where electric power is otherwise unavailable, this is seen as a huge benefit. Another great benefit to the concept vehicle is the water it produces. The Colorado ZH2 can produce about two gallons of water per hour as a byproduct. Officials say water is one of the Army’s biggest commodities. In fact, it’s second to fuel. Officials say it’s a crucial resource that is desperately needed on all missions. The fuel cell vehicle also features integrated tow hooks. The hooks can be used when aggressive pulling is needed. Something we can all see the military needing.

The Colorado ZH2 isn’t the only vehicle GM has developed with a U.S. military branch. Back in June, the U.S. Navy unveiled it’s testing a GM fuel cell-powered underwater drone. The Unmanned Undersea Vehicle leverages the fuel cell technology common with the Colorado ZH2.

While it’d be pretty awesome to have a Colorado ZH2 parked in your driveway, it’s pretty obvious you won’t be able to get your hands on the fuel cell vehicle anytime soon. That doesn’t necessarily mean, however, that vehicles like it won’t eventually hit the market. The executive director of GM Global Fuel Cell Activities says the Colorado ZH2 is an example of what the company can do to create off-road vehicles relevant to a range of potential users. Executives say despite its military look, including the camouflage color and lights, the vehicle was actually developed with the off-road market, not specifically the military, in mind. GM also points to its Project Driveway program as proof of its dedication to fuel cell car development. The program was launched in 2007. Since then, it has accumulated 3.1 million miles of hydrogen fuel cell testing. Those miles were driven by more than 5,000 people. Drivers were mostly located in California, where there are a number of hydrogen fueling stations. 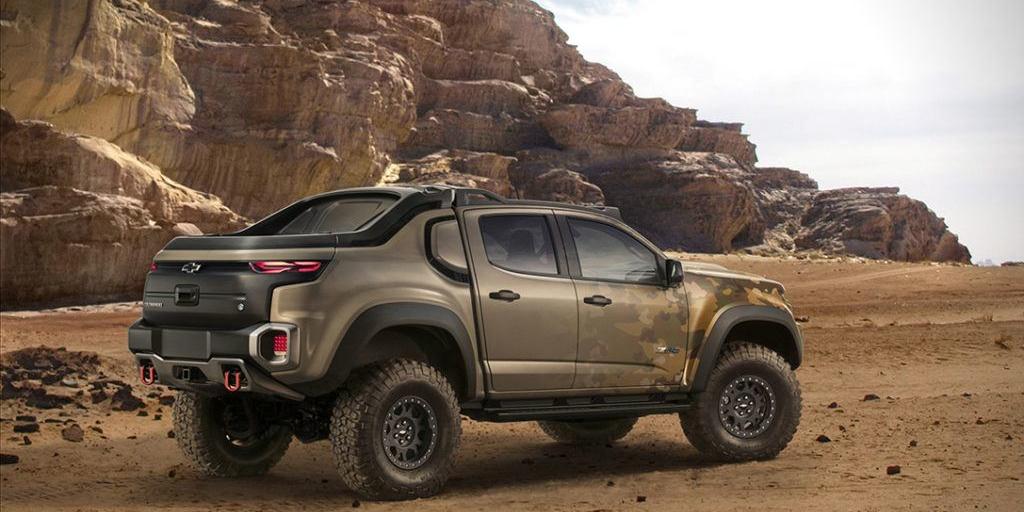