The Nurburgring Crowns a New King!

Alfa Romeo has given the four-leaf treatment to the Stelvio, the brand’s first SUV, which went on sale for the first time earlier this year. This souped-up version receives an all aluminum 2.9 Liter V6 that generates 505 horsepower and 443 lb-ft of torque at just 2,500 rpm. Alfa Romeo claims a top speed of 177 miles per hour. It is now the fastest SUV in the world due to the fastest lap ever posted by an SUV, completing the north circuit of the infamous German track in just 7:51.7. For reference, that’s a tenth faster than the Lamborghini Gallardo and three tenths faster than an Aston Martin V12 Vantage S. Those are both dedicated sports cars that sell for considerably more money! It will do 0-60 miles per hour in just 3.8 seconds, faster than a 2017 Aston Martin V12 Vantage S. 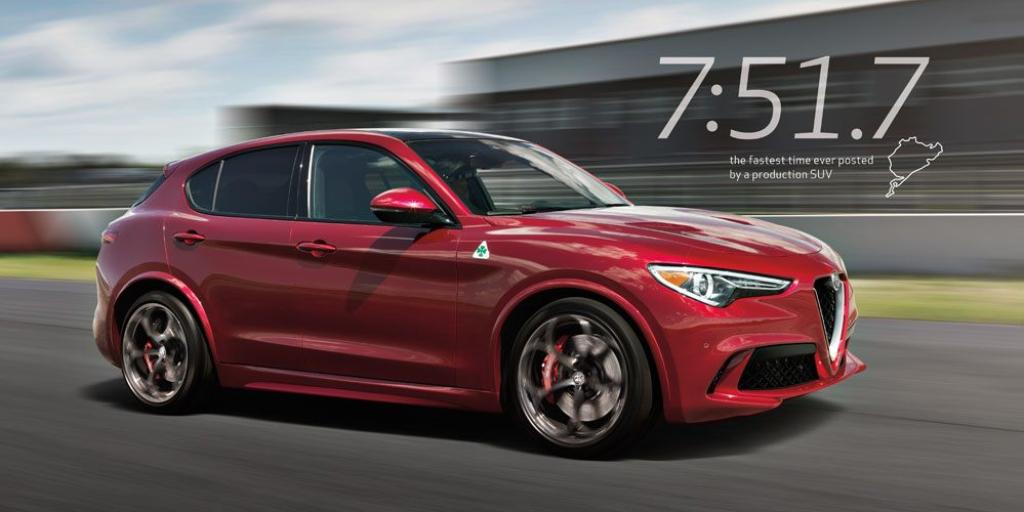 The name Alfa Romeo comes from the acronym A.L.F.A, “Anonima Lombarda Fabbrica Automobili,” started in Italy in 1909, and the surname of Nicola Romeo, who took over the company in 1915. Romeo converted the factory for wartime production of airplane engines, munitions, and other hardware needed to support the Allied effort. The first production car wasn’t released until 1920, where the racing team enjoyed immediate success on the shoulders of factory driver Enzo Ferrari. About ten years later, the racing team broke ties with Alfa Romeo and became “Scuderia Ferrari.” As you might have guessed, they went on to manufacture their own cars. Around this time, Nicola Romeo left the company. A few years later the Italian government assumed control of the company under Mussolini and solely manufactured custom luxury racecars for well-heeled Italians. The company’s factory in Portello, a suburb of Milan, was then converted yet again for wartime production. This time, however, it manufactured a Daimler-Benz 600 series engine that didn’t help the Allied forces. Subsequently, the factory was bombed and didn’t resume manufacturing automobiles until the 1954 model year Giulietta series. A Giulietta Spyder would make its way to the United States in 1961. For the next few decades, the company would focus on producing vehicles for the Italian government and motorsport. 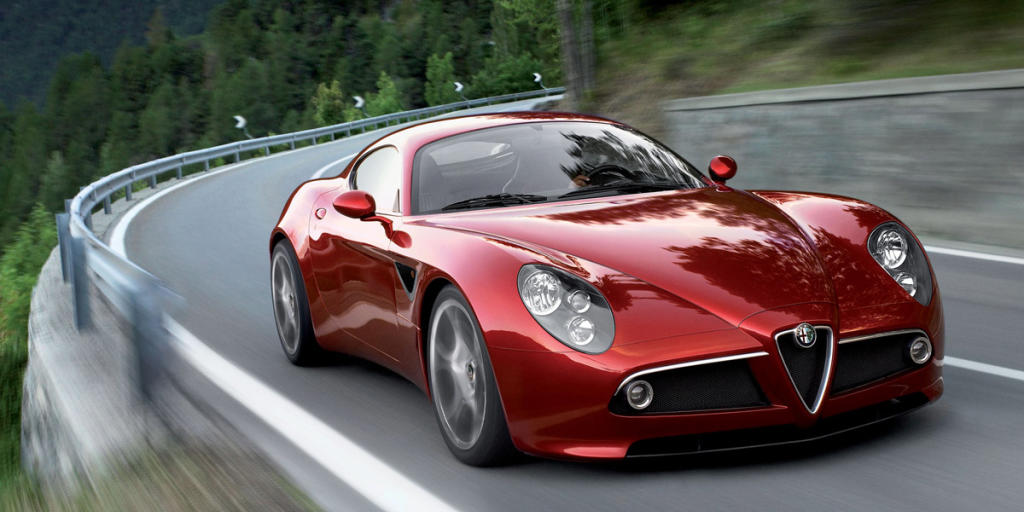 Alfa Romeo struggled financially throughout the 70’s and a potential partnership with Nissan promised to reinvigorate the company but fell through. An attempted acquisition by Ford followed. In an attempt to retain Italian ownership, Fiat offered a competing bid to acquire Alfa Romeo and guaranteed Italian workers would keep their jobs, a condition Ford was unwilling to extend. In 1986, the deal became finalized and Alfa Lancia Industriale was born beneath the Fiat brand. In the 1990’s, the company mostly produced affordable production cars with premium styling, think Volkswagen. They left the US market in 1995, due to their horrid reputation for reliability. In the late nineties, they began designing a high dollar “exotic,” the 8C Competizione. In 2005, Fiat Group reacquired Maserati from Ferrari with plans to create a luxury and sports car platform they would share with the Alfa Romeo brand. They quietly sold less than a hundred total 8Cs in the US for a quarter million dollars each. In 2014, the more affordable 4C was released in the United States, officially announcing the brand is back and subsequently sold over 3,000 units. However, you probably didn’t know anything about the brand’s return until Super Bowl LI, in which the sculpted Giulia sedan was released via three multi-million dollar advertisements. 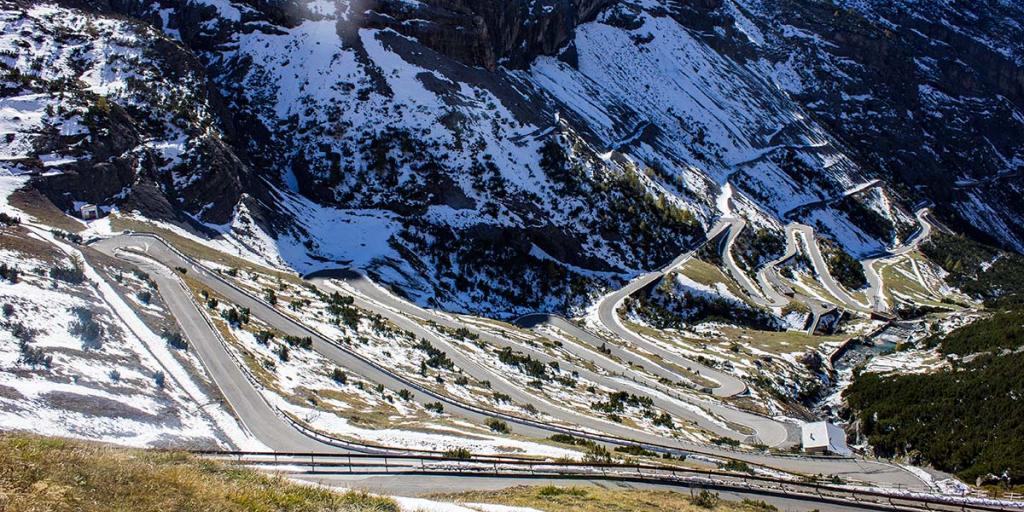 The Stelvio bears the name of Italy’s Stelvio Pass, 48 treacherous switchbacks on Italy’s highest road. If there’s a more ambitiously named SUV, we’d like to know about it. It’s the first production SUV ever manufactured by Alfa Romeo and is based on the Giorgio platform that it shares with the Giulia sedan. It’s stretched and raised and features longer, stiffer springs to compensate for the increased size. The aerodynamically efficient body produces a drag coefficient of .30 and distributes weight at a perfect 50/50 split. It’s one light SUV at just over 3,500 lbs. It's several hundred pounds less than even the base Macan, lauded for being the best handling SUV since its release. 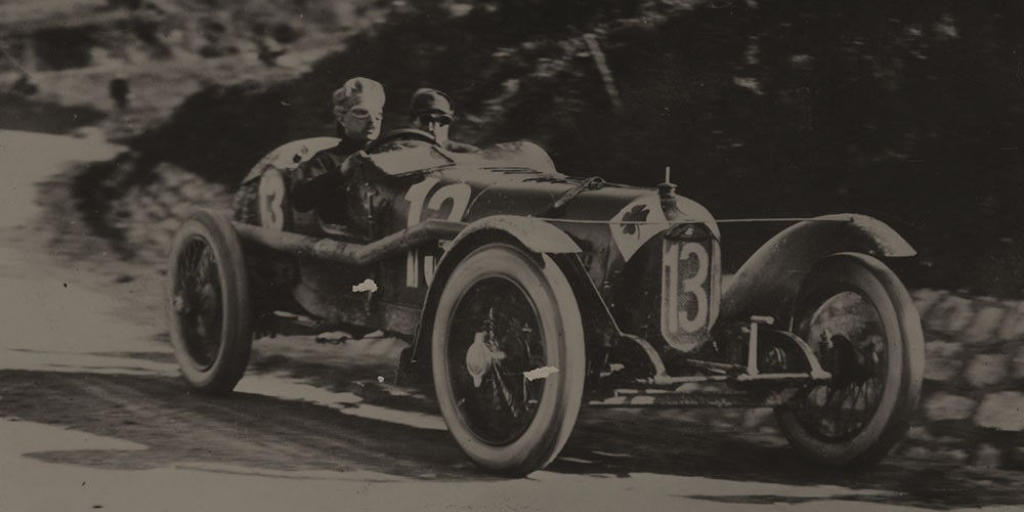 The Quadrifoglio is a cloverleaf emblem used to distinguish the highest performance trims across the Alfa Romeo range. It’s an ode to Ugo Sivocci, one of Enzo Ferrari’s original team members in the early 1920s. Legend has it that despite Sivocci’s years of experience, he was thought to be cursed due to perennial second-place finishes. At the Targo Florio, the driver painted a white square with a four leaf clover in an attempt to change his misfortune. It worked and the veteran driver finally got his first first-place finish. Unfortunately, just a few weeks later Sivocci died testing the Merosi P1 at Monza, a car that did not have good luck charm plastered on the grille. Since his death, all Alfa Romeo race cars bear the emblem in memoriam and, perhaps partially, superstition. The badge has been amended from a white square to a triangle on modern models, starting with the Giulia Quadrifoglio sedan. 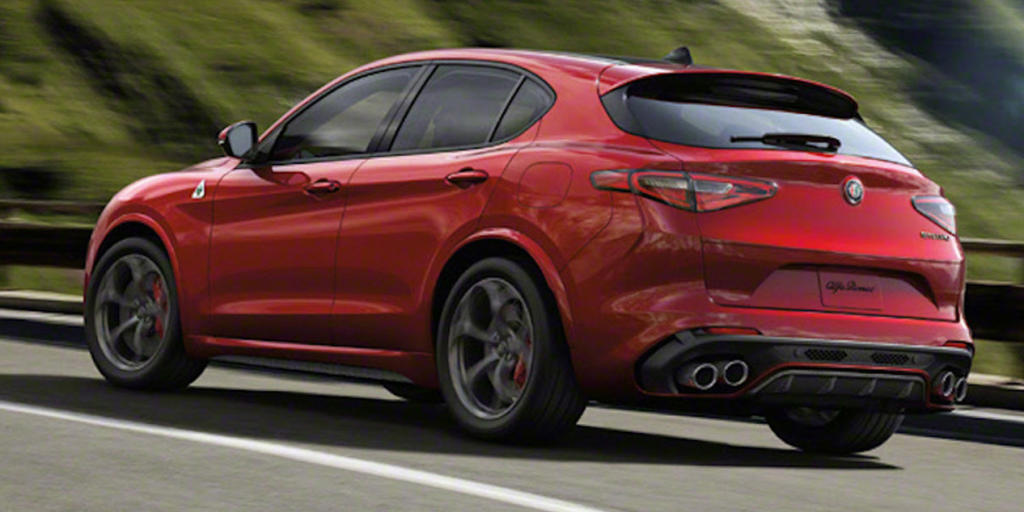 When the Stelvio Quadrifoglio was first announced at the 2016 LA auto show, a company representative gave an impassioned speech about how the SUV would make “no compromises” between genuine sports sedan capability and qualities typical of SUVs, specifically utility. Its record-breaking lap proves the compact luxury SUV does deliver on this promise. In fact, it’s a tenth of a second faster than the Giulia Quadrifoglio sedan to 60 miles per hour, thanks to the standard Q4 four-wheel drive system, shared with many Maseratis. This system defaults power to the rear wheels and can allocate up to fifty percent to the front wheels, when necessary. Furthermore, Active Torque Vectoring uses a twin-clutch rear differential to distribute extra power to the outer rear wheel in corners. Besides best in class performance, the Stelvio Quadrifoglio exemplifies Italian style inside and out, like a perfectly tailored Zegna suit. The available Alcantara interior is perhaps the most finely crafted cabin this side of six figures, with extensive red contrast stitching details and all the modern amenities you expect in an SUV. The most striking angle is the rear, with a racy roof spoiler and a lower fascia with diffuser and quad exhaust. This trim is on sale in Europe as of yesterday, expect US sales to begin next summer at around $78,000. The Grand Cherokee Trackhawk is comparably priced and just a hair quicker in a straight line but it can’t compete with the handling or the looks of this plus size Italian supermodel. Let the performance SUV wars begin! Since, in the end, it’s us as consumers that win! 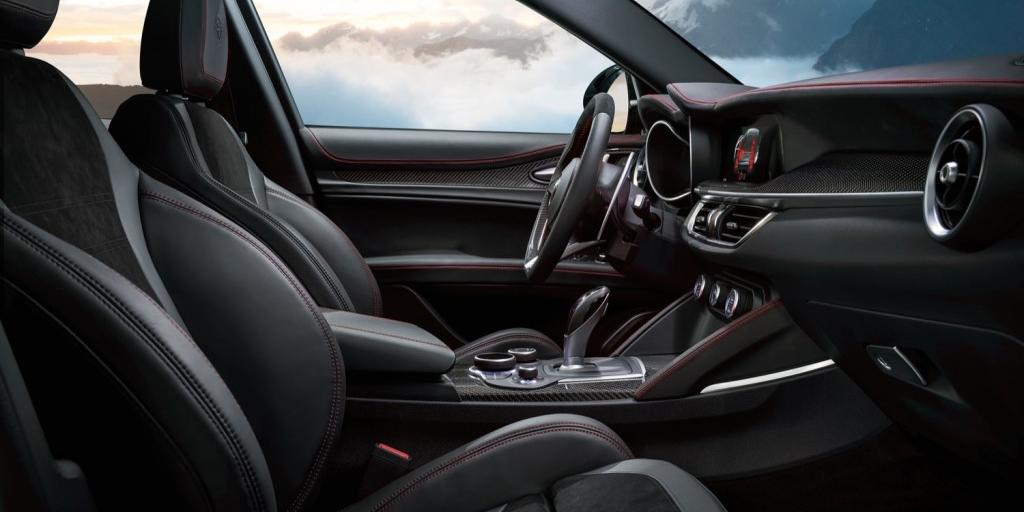