The Lamborghini Urus Takes the SUV to the Exotic Side

Up until the recent explosion in SUV popularity, you probably had never heard Lamborghini and family paired in the same sentence. While the thought of a Lamborghini SUV has many scratching their heads, this is not Lamborghini’s first attempt at an SUV. From 1985 to 1992, Lamborghini produced and sold the LM002 SUV, which was far from a success with only 300 built over the eight-year span. With hopes of selling the LM002 to companies for oil exploration and production, the LM002 was a very boxy and very utilitarian on the outside, yet possessed the typical Lamborghini luxury on the inside. Instead of appealing to its target market, the Urus instead became the object of affection for the filthy rich who wanted something no one else had. Nicknamed the “Rambo Lambo,” it was powered by a 7.2-liter L804 marine V-12 engine that was much more at home in a Class 1 offshore powerboat than a land-loving SUV. While the LM002 did participate in a few rally races in Egypt and Greece, it was certainly not an SUV with any other practical purpose. Fast forward to 2015 and the Lamborghini Urus is a sleek, extremely powerful SUV that offers luxury, style, room for four and the true heart of an SUV. [caption id="attachment_2939" align="alignnone" width="1000"] 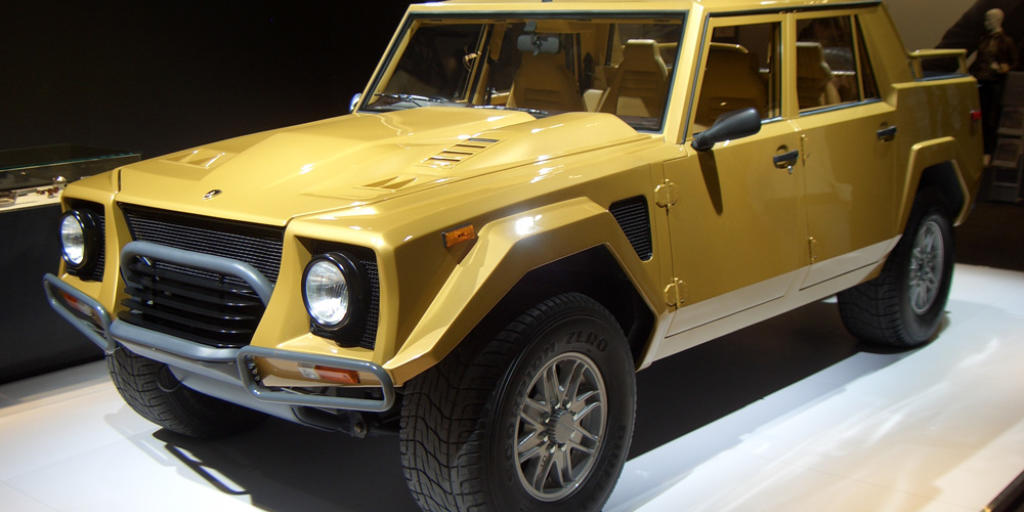 The LM002 - Lamborghini's First SUV[/caption] The Lamborghini Urus has been a long time coming The first Lamborghini Urus concept debuted back in 2012 at the Beijing auto show. Like many concept cars and concept SUVs, most people thought it was just another future model that we will look back on in fifty years as another one that never made it. Lamborghini, on the other hand, spent the past three years putting into place a grand plan to produce the Lamborghini Urus for a 2018 launch. With the Urus set to mark the “beginning of a new era” for the luxury automaker, Lamborghini is investing potentially billions of dollars to nearly double the size of its factory in Sant’Agata Bolognese, Italy and hire approximately 500 additional workers to its current staff of just over 900 to be a part of this project. While it has taken years to start the wheels in motion for the Urus, the final product is destined to be a popular addition to the high-end luxury SUV market. After all, it is a Lamborghini. It is all in the Details of the Lamborghini Urus Seeing that the Urus will be wearing a Lamborghini badge, it does have a reputation to uphold. Lamborghini’s are known for their speed and it is one thing the Urus will have plenty of. While Lamborghini has not divulged what engine will power the Urus, they have mentioned that it will capable of producing around 600 horsepower. With the current V10 and V12 engines perfectly capable of propelling their sports cars, they do not possess the torque required to give an all-wheel-drive SUV the performance you would expect from a Lamborghini. If the power behind other emerging ultra-high-end luxury SUVs is any indication, chances are the Urus will gain a V10 or V12 with the addition of multiple turbochargers or some type of hybrid booster. It will also be loaded with the highest end luxury features and appointments as well as the latest in technology, safety, and security features. Again, it is a Lamborghini. While many details of the 2018 Lamborghini Urus are yet to be revealed, the images and information circulating the internet are impressive. There is a solar system of difference between the modern Urus and previous LM002, so Lamborghini’s plan to produce 3,000 of them probably means they will be sold long before the first two parts are assembled. While a sticker price has not yet been revealed, it is rumored that the high-end Urus will cost you close to $200,000. While this may not be in the budget for a typical family, Lamborghini is sure that there are families out there that will make a place for a Urus in their life; after all, it is a Lamborghini. [gallery ids="2945,2942,2944,2946,2943,2941"]