Tesla Model X Has Arrived and Well Worth the Wait

With rumors circulating since 2012 about Elon Musk building an all-electric luxury SUV, it is hard to believe that all the rumors have finally come to fruition. Just a few weeks ago, the first six 2016 Tesla Model X luxury SUVs were delivered to their new owners in California by none other than Elon Musk himself. The Model X marks an important milestone in the advancement of both SUVs and alternate fuel technology as well as introducing a new segment of luxury SUVs, one of which many other automakers are already set to join. While there may have been a lot of hype behind the introduction of the Tesla X, this is one of the few vehicles that actually delivers.

The Long Journey of the Tesla Model X

Tesla is still a relatively new company, is still in the process of proving itself. While the price tag of the Tesla puts it out of reach for the typical consumer, it does give those that want to enjoy luxury and power the opportunity to leave a smaller footprint on the planet. The prototype Model X was unveiled in 2012 with production anticipated for the following year. This short timeline was extended due to a variety of complications Musk and his team encountered on the path of taking the Model X from prototype to production model. The Model X represented Tesla’s new branch into a new market and Musk wanted to be sure that it was exactly what he wanted it to be and did so quite successfully. While the current wait time from order to delivery is approximately eight to 12 months, after seeing the final product, the Model X is well worth the wait. 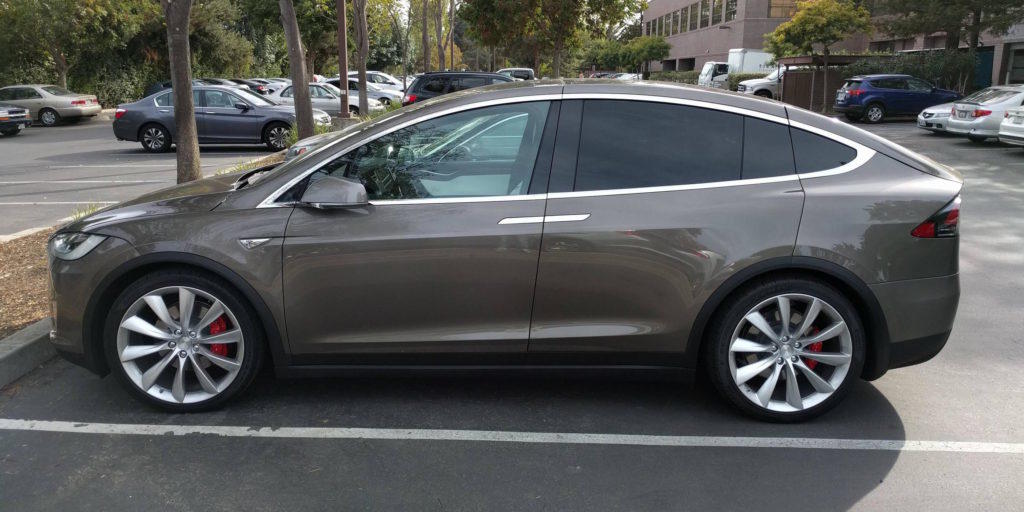 The Tesla Model X is far from your typical luxury SUV. Aside from the fact it is the world’s first all-electric luxury SUV, it has some features and technologies that certainly make it stand out among its gasoline and hybrid-powered competitors. Probably the most unique features of the Model X are its “falcon” door that open and lift like the wings of a bird. They do make entry and exit as well as loading and unloading much easier than traditional doors, they do require a bit more room than standard doors. In order to make sure that the doors do not inflict damage to other vehicles in parking lots, they are double-hinged and feature an ultrasonic sensor that scans the surrounding area that adjusts the span of the doors accordingly. They also feature sensors that prevent them from coming down on fingers or an unsuspecting head that may be in the way. The unique door setup also eliminates the doorpost, which gives the Model X a much more spacious feel. Once inside you notice a full glass roof, which also adds to its cavernous feel. While you enjoy the feel of the inside of the Tesla Model X, you can also enjoy the sound with a premium audio system that comes with a 560-watt amplifier and 17 strategically-placed speakers. Perhaps the driver has the most enjoyable experience as they get to take command of the high-performance dual motor propulsion system that has the capability to take you from zero to 60 miles per hour in just 3.2 seconds with a top speed of 155 mph. The front motor produces 259 horsepower and the rear motor adds an additional 503 horses. The Tesla Model X battery system also gives you up to 257 miles per charge from its 90 kW lithium ion battery. Charging the Tesla Model X is also accelerated with the ability to complete a full charge in about 30 minutes. With a starting price of $132,000, the Tesla Model X may not fit everyone’s budget, for those that can afford one, it is certainly worth the six-figures. Not only has Tesla broadened its segment by adding a luxury SUV to its lineup, it has given those who want to indulge in power and amenities a vehicle for the future. With its unique features and the-future-is-now styling and technology, the Model X certainly sets the bar high for future competition in this all-new segment of SUVs. It is safe to say that not only has the Tesla Model X set a new standard for the future of luxury SUVs, but also has successfully combined family-friendly and performance into one attractive package.