Toyota has the biggest market cap among all car manufacturers and is neck and neck with Nissan-Renault-Mitsubishi and Volkswagen for being the biggest automobile group in the world.

This is why it is so important when a player like Toyota initiates a change in its approach towards the product by launching a new version of its flagship model. Toyota started the brand Lexus back in 1989-90 with a Rear Wheel Drive 4-door sedan called the LS to compete with the BMW 7-Series and Mercedes S-Class. It offered this car at a price that was then a bargain and spoke about its superior quality and service. 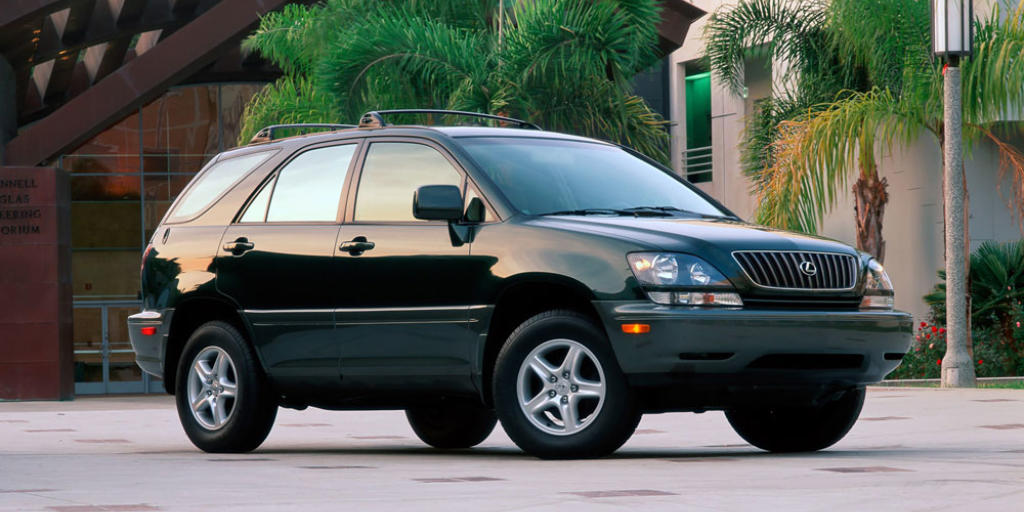 It didn't take long for Lexus LS to become a phenomenon in the market. The service and QRD (quality, reliability, and durability) advantage was there and Lexus' popularity shot through the roof. The LS went on to become a regular across most high-end communities in America within less than 10 years.

In 1998, they launched another car which helped define another segment, the RX crossover. Most of the other SUVs around that time were not using a car chassis, but the RX was built on the chassis of a car and was nothing more than a station wagon with a taller ride height. It became the definition of what has now become the crossover SUV segment. It replaced the traditional sedan models like the Camry and the ES. 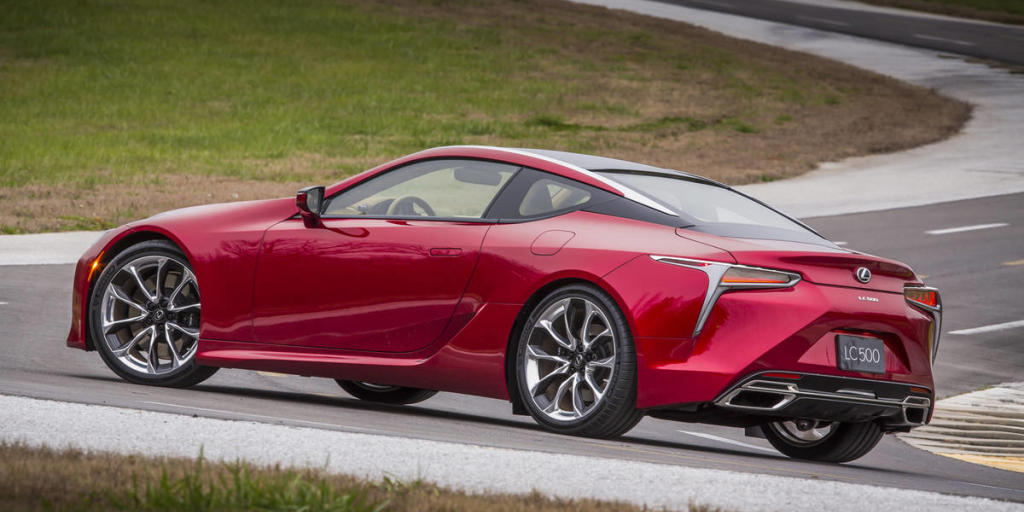 With so much history, where is Lexus in the year 2017? In the first half of the year, they sold just over 305,000 cars which are 4.4 percent less than 2016. The result is really poor when you compare it to other brands like Jaguar, Infiniti, and Volvo which have grown this year.

But beneath the surface of this number, there is a lot going on. When you look at the US market, almost 134,000 Lexus vehicle or 43.8 percent were sold there. This is a high mix in the US when compared to other luxury brands; however, sales for the Lexus in the US were down by 11.7 percent in the first half of 2017.

It's been a very bad year for Lexus non-SUVs, down by 23 percent, which is about as bad as the year the NFL is having but we will not go there. Apart from their range-topping coupe, LC, no other nameplate is even in the green. Everything else is down two-digit percentages. Sales of sedans are down by around 23 percent, worse than the average in the industry. But what about the SUVs?

Things aren't so bad here. The SUV sales in the US grew by 3 percent in 2017. There was just a single nameplate in the negative, the RX. This is also the newest Lexus SUV. It isn't even 2 years old. It seems quite counter-intuitive for it to be down. Why would it decline then? It may just be its controversial styling. There are a lot of people who don't like its extreme looks.

It may just be its controversial styling. There are a lot of people who don't like its extreme looks. But when it comes to the NX, which looks better, sales are up 11 percent. With sedans down by 23 percent and SUVs up by 3 percent, the net decline at Lexus is 8 percent. But, that's not the big picture here.

The point that should be noted is that Lexus SUV sales have increased from 57 percent of the total Lexus share in the US market to 64 percent for 2017. That is a significant shift, to say the least. 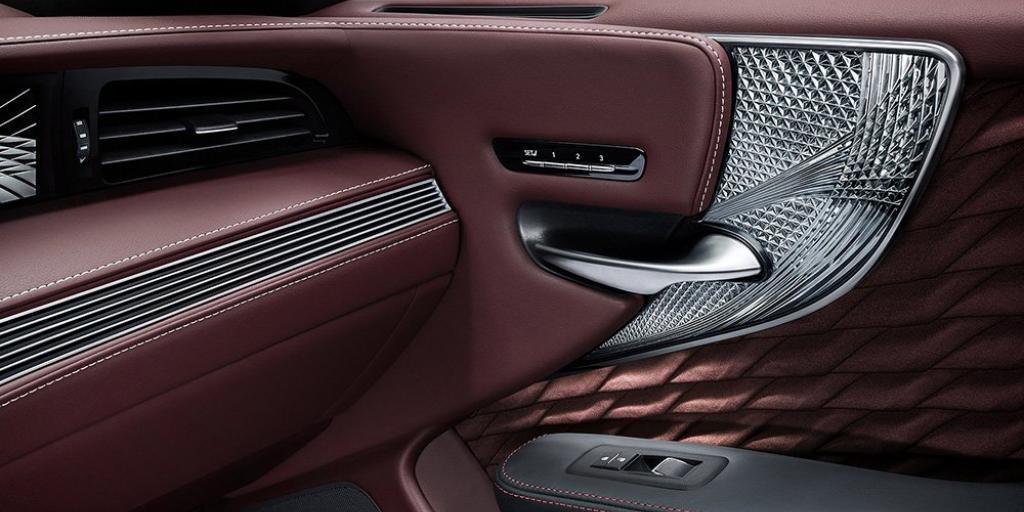 It's in this setting that Lexus is going to be launching its new flagship sedan, the LS. For all of the criticism of the RX being ugly (what is it? A sedan or an SUV? It is very strange looking.), the LS still looks like the best 4-door sedan from Lexus till date. It is balanced while not boring. It is a sharp sedan.

The LS model is available as a gas only as well as a gas-electric hybrid. Final prices haven't been decided yet but the car will go on sale in Feb. 2018 in the US. Apart from its great exterior design, once you drive LS for some time, here's what you're going to find:

The design of the interior is amazing. The one thing which stands out among the rest is the Origami style textile option for the doors. It is not possible to explain it in words and it doesn’t show up well in pictures. But when you see it in person, you will not be disappointed. It's like nothing you've ever seen before. It is an interior you are certainly going to remember.

From the steering to the powertrain to the handling, the LS is a treat if you love sports sedans. No matter what your memories are of the previous Lexus, you will need to rid them from your conscious. This is nothing like anything they have introduced before.

The back seat is quite comfortable and offers enough space. It offers more headroom than the Lincoln Continental and BMW 7-Series. It's not as good as the S-Class though. Its price undercuts everyone else by quite a bit.

As for the negatives, the infotainment system is a kluge with map graphics from a decade ago. It doesn't have Android Auto or Apple CarPlay and the input method is terrible. Lexus could at least solve the second problem by speaking with the people who make the Toyota Tundra and Corolla. That is not too much to ask for, right?

The number one luxury feature here for buyers is that they can drive the car in the fast lane. No one looks forward to bumper to bumper traffic. But that's not the case in the real world since sometimes that happens. The LS is so comfortable that even if you are inching along on the highway you look good and are coddled by the regal interior.

This new Lexus that will go on sale in Feb 2018 is going to prepare the market for the next generation of Lexus cars. The design of the model is well balanced and the interior can compete with the best while still retaining unique characteristics. Add to this the new platform that offers superb handling and steering, what more could you want? 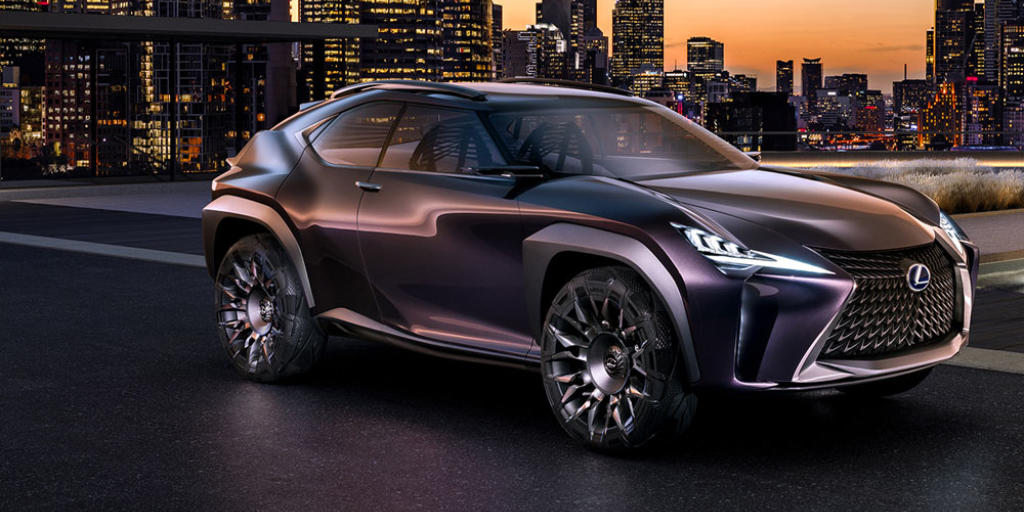 The news broke after a new banner was spotted on Lexus site that said “Always Charged. Always Ready.” While on the other hand, the hybrids are being advertised as “Nothing to plug-in.” It will be interesting to see how Lexus takes on the challenge in a market that looks promising, with other major players already making serious moves.

If they have been working on an electric version, then they have done a pretty good job of keeping it quiet because there are no spy photos available on the Internet. We think that Lexus will soon unveil a model concept and take things from there. It is still too early to tell and we will have to wait for an official announcement. Would you buy a Lexus EV if they make one? (Editor's Note: the SUV pictured above is the UX crossover, confirmed for production. It's not an EV but we suspect something similar)