While everyone is talking about the Lamborghini Urus, a performance SUV that will be unveiled later this year. The supercar maker decided the time was right to celebrate another legend at their campus, the LM002.

The LM002 is a mythical SUV, the first ever produced by Lamborghini and only 300 were ever built. It has been 25 years since the last LM002 was produced. To celebrate this historical moment in this timeline, Lamborghini commissioned a team to restore chassis number #12231 back to its original state. After the restoration was complete, the LM002 was given a new home in the Lamborghini Museum in Sant’Agata Bolognese.

Today, as Lamborghini celebrates the love and legend of LM002, we will take a look at its humble beginnings and its rise to power.

A Legend is Born 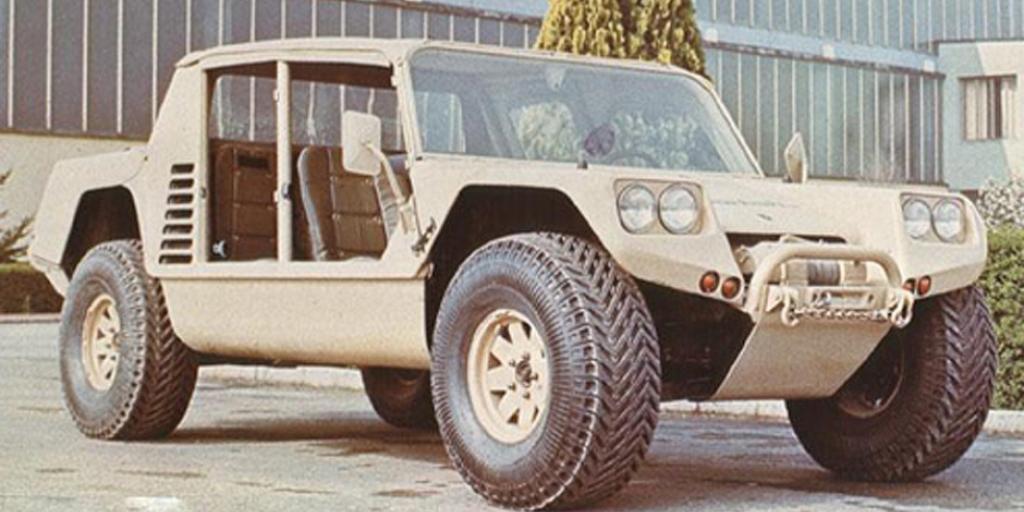 Lamborghini decided to build a military grade SUV in the hopes of securing a government contract. Only one was ever produced, the "Cheetah" and failed miserably due to its rear-mounted engine. Lamborghini scrapped the idea and decided to instead build an SUV with the power and performance usually synonymous with supercars. Thus, the LM concept was born.

The initial prototype of the vehicle had a Chrysler v8 in the rear which was responsible for its wayward performance. Fortunately, the prototype was completed and Lamborghini went on to test it around the world.

The Cheetah, however, failed to impress the US government officials who were looking for something that was built here. The funky disco commercial that Lamborghini made failed to do its bid. Lamborghini spent so much money on this project that the company went bankrupt in the year 1978. Needless to say, the project was shelved indefinitely.

It was revived in the year 1981 by Giulio Alfieri and the design was named LM001. Lamborghini was not going to leave this idea on the table so soon. They were determined and the world will forever be grateful to them for that. The design was unique at the time with a front mounted powertrain and a rear mounted engine. The LM001 was given an AMC v8 engine but there were handling issues. The idea was scrapped, once again.

Legend in the making 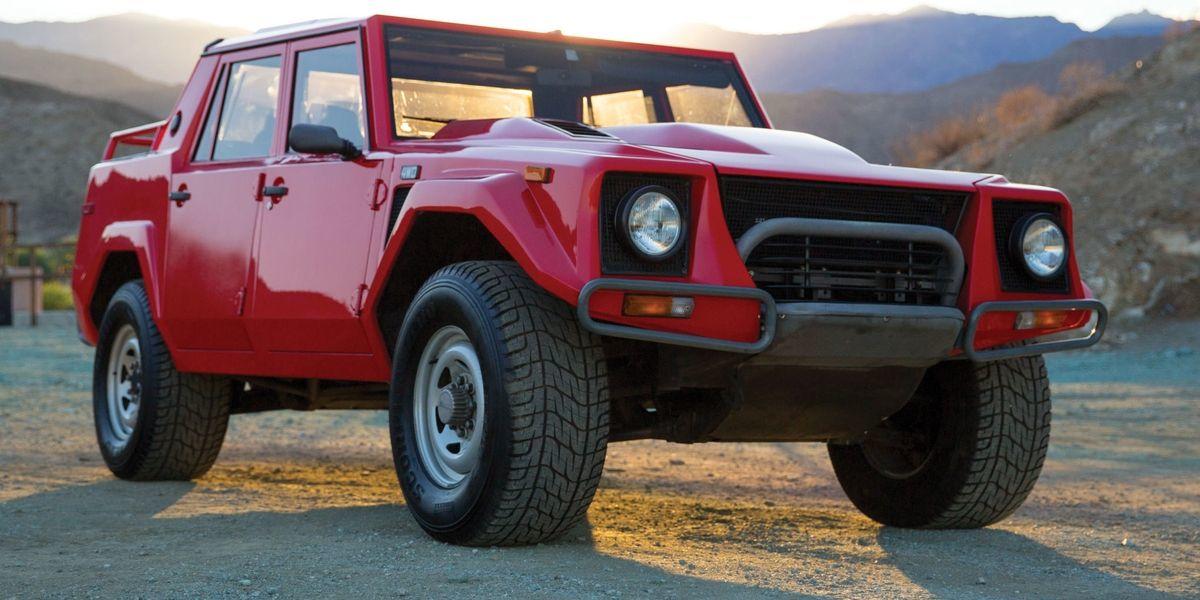 It took another four years before the LM002 was unveiled to the world at the Brussels Auto Show in 1986. Instead of going for the rear mounted engine, Lambo went for something equally offbeat.

The LM002 received a Countach Quattrovalvole that was capable of producing 450 hp at an incredible 6800 rpm powered by a 5167 cc v12 engine mated to a 5-speed manual transmission. It was, without a doubt, the most powerful SUV on the market at the time. The production model had a curb weight of almost 3 tons. The LM002 had a body constructed with aluminum and fiberglass and a transmission that powered all four wheels, necessary for off-roading.

It came with three self-locking differentials and a transfer case. With the added help of the specially designed Pirelli Scorpion tires, the LM002 was capable of breaking the 200 km/h speed barrier. There was ample use of leather on the interior that gave it a luxurious ambiance. The LM002 was an amazing car that could drive well on sand and could handle hot weather conditions like a pro. 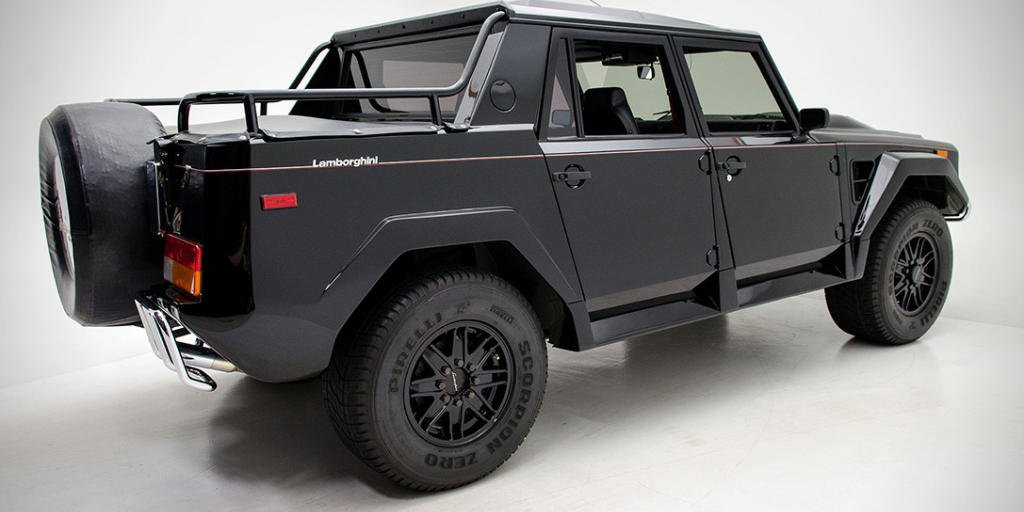 Many style icons and celebrities went for the LM002 and one of them was none other than Sylvester Stallone. He gave it a nickname that got crazy famous – the "Rambo Lambo." Some other notable names that were clients of Lamborghini and proud owners of LM002s include Mike Tyson, Malcolm Forbes, Eddie Van Halen, and Keke Rosberg.

The Sultan of Brunei still wanted more from the LM002. So the guys at the plant built him a one-off special estate version that came with a special trunk and more interior room. 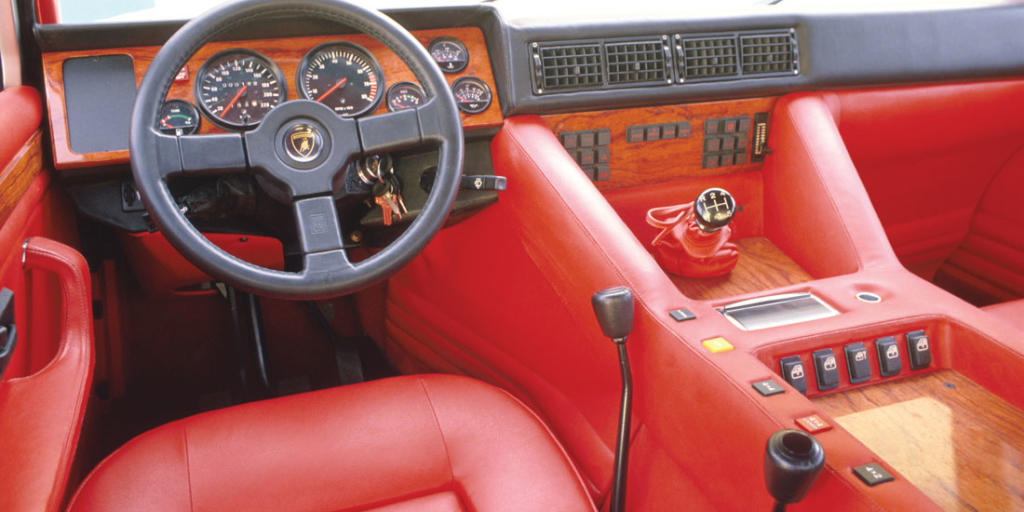 They went ahead with it full steam and started manufacturing bodies in Bilbao, Spain. These parts were then shipped to Lamborghini’s facility in Sant’Agata in Bolognese where they were assembled to create the baddest SUV in the history of performance SUVs.

Lamborghini didn’t stop there. The customers were also free to choose their own interior that perfectly matched the individual’s needs and tastes. Needless to say, the LM002 was an instant hit taking the world by storm. A car that was capable of off-roading and came with performance that matched the sports cars of those days was previously unheard of. With an imposing design and commanding road presence, the LM002 rewrote history. Lamborghini produced a total of 300 units from the year 1986 to 1992.

On the other hand, the new Urus that will be launched later this year will come with a 650 hp twin turbo v8 engine that promises to recreate the magic of the LM002. The new Urus is based on the same platform as the Bentley Bentayga and Audi Q7. The engine was developed in-house by their team. But can it still climb over rocks? Can it pull your boat? Can it fit lots of people comfortably? That remains to be seen.

If Lamborghini wants to recapture the magic and sensation of the LM002, they will have to come up with something as absurd as the LM002 was back when it was launched. Something that is over the top and unexpected. The LM002 could do the things an SUV owner wants, will the Urus? With the world having Humvees and other outstanding SUVs, the Urus may just bankrupt this amazing company again. We hope that doesn't happen because Italy probably won't bailout the company like the US did for GM.

While the market was not ready to accept and understand a car like LM002 back when it was unveiled, today they are more receptive and mature. This is Lambo’s time to deliver something, yet again, that will take the world by storm and sweep us off our feet. Go, Lambo!

You better think long and hard if you want to beat the Humvee, Rezvani, or even Jeep.