Years ago, Honda previewed the hybrid prototype of the CR-V SUV at the IAA (International Motor Show) in Frankfurt. The production version of this SUV is expected to launch at some time in 2018 for the UK market.

A new model of the CR-V was already unveiled in October 2016 for the American market, but the prototype which was revealed to the world at Frankfurt is a newer, direct competitor to the new Hyundai Tucson in Europe. The SUV has been tweaked from the American version that will help give it the edge in both the US and Europe.

This hybrid prototype boasts a number of unique changes in styling that draw attention to the hybrid powertrain. Beneath the hood, there is a brand new i-MMD (intelligent Multi-Mode Drive) dual motor hybrid setup which has an electric motor as well as 2.0-L four-cylinder engine. It also comes with a separate electric motor generator.

There are no torque or power ratings yet, nor information on the drive wheels either. In the Accord, the same powertrain is able to produce 212 hp. If the CR-V comes with the same output, it is going to be the most powerful compact crossover Honda has ever produced! The most powerful CR-V arrives with just 190 hp.

As far as fuel economy is concerned, we don't have any numbers either. The Accord Hybrid comes with an EPA fuel economy rating of 49 miles per gallon in the city and 47 miles per gallon on the highway. Considering the fact that the Accord weighs close to 3,400 pounds and the CR-V is close to 3,300 pounds, it wouldn't be too far-fetched to expect similar numbers from this hybrid SUV.

The new system eschews a regular gearbox and instead installs a continuously variable transmission, in the hope of being able to reduce size and weight. This is the same powertrain combination found in the 2016 prototype but now looks ready for production in the new Honda Hybrid SUV.

The system shuffles automatically between 3 driving modes based on the conditions and how the SUV is driven. There are a pure electric vehicle mode and a hybrid mode which has been tuned for urban driving and low speed. But you shouldn't bank on electric power itself since it is not going to be able to compete with the electric vehicles already on the market. When on motorways, the gas engine can kick in but it is mostly used for delivering power to the electric motor and for recharging the SUVs battery pack.

The European counterpart is going to get a new 1.5-L VTEC turbo engine with either a CVT transmission or a 6-speed manual. There is not going to be any diesel option for European customers. 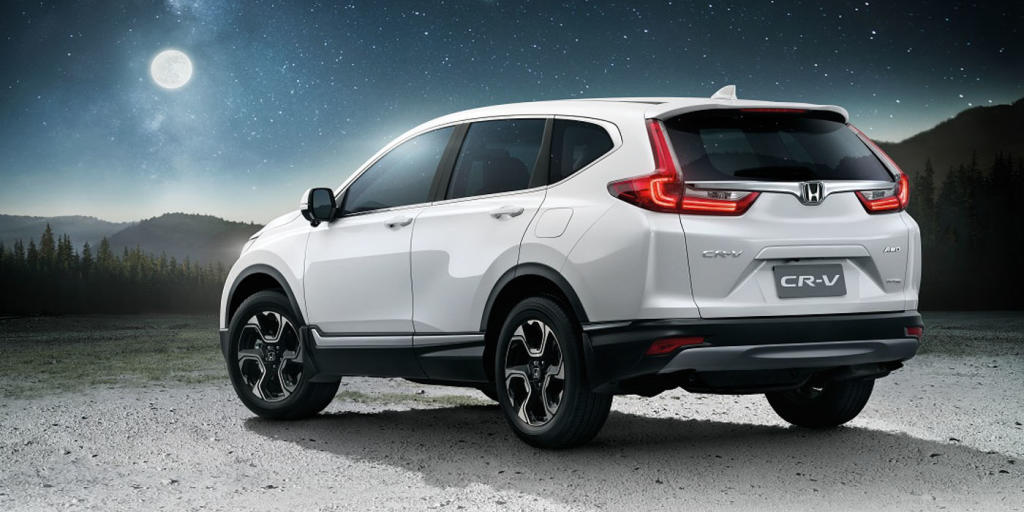 The SUV hasn't been given a radical update as far as looks are concerned – you can rest assured it does not look like the Tumbler in the first Christopher Nolan Batman movie! It looks just like the 2018 Honda CR-V. In fact, according to Honda, the design has retained the familiar silhouette of the best-selling SUV in the world, a design that is both sporty and sophisticated.

At last, we arrive at the Auto Shanghai 2017, where Honda unveiled this all-new SUV. The new CR-V Hybrid is able to achieve excellent environmental performance with the same great driving dynamics.

It also comes with a host of complimentary features including Driver Assist and Honda Sensing safety suite. The CR-V Hybrid will go on sale in China towards the end of this year and will be sold by Dongfeng Honda Automobile Co.

Apart from the CR-V Hybrid, Honda will continue introducing more and more products with EV technology. Next year, Honda is planning to start selling a brand new Electrical Vehicle, which will only be sold in China.

Some of the other models on display from Honda at the Auto Shanghai include the Honda NeuV, a concept car with an AI (artificial intelligence) equipped electric vehicle computer; the new Honda CR-V with the 1.5-L turbo engine, the UR-V, and the Avancier 240 Turbo. 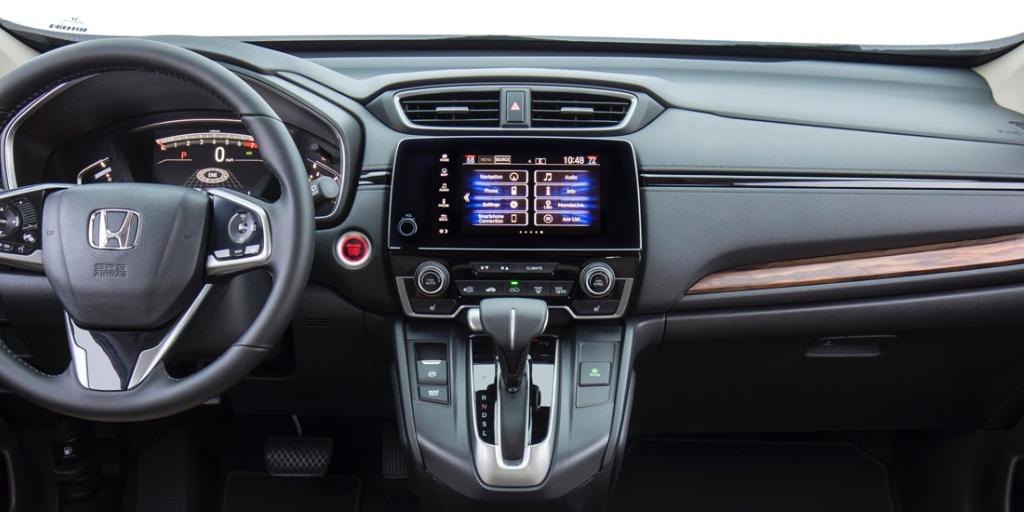 Takahiro Hachigo, the president and CEO of Honda Motor Co., said that their goal was to generate two-thirds of their global automobile sales from EVs by the year 2030. He added that Honda was going to look at the development of EV technologies faster.

In China, where dynamic change is already happening, Honda is going to continue proposing new mobility products with the help of their local and global development centers to quickly introduce new technologies related to intelligence and electrification.

Honda is also looking at expanding its hybrid offerings to the United States as part of this year targets. In the short term, we might just get to see the CR-V Hybrid come to the US. The Hybrid would be the first ever Honda SUV with an electric motor to be sold in the United States.

Currently, in the US, Toyota is already selling the RAV4 hybrid which was awarded the second-best-selling hybrid of 2016, behind only the Prius. Even Nissan chose to enter the class with their Rogue Hybrid! Then there's the Mitsubishi Outlander plug-in hybrid, which has been selling quite well in Europe but has not yet been able to make it across the pond to the US.

Considering how efficient the system is in the Accord hybrid, Honda adding a brand new engine to one of their strongest United States market segments is a no-brainer!

The competition looks like it's heating up in the hybrid SUV category and Honda's already lagging behind the likes of Toyota and Nissan. This move couldn't have come any later if they hope to capture any part of the Hybrid SUV market. Let's hope we get to see the CR-V Hybrid in the US soon!