Thanks to a massive spike in oil production in 2014, gas prices are way down right now. Unfortunately, we all know that these will shoot back up soon enough, resulting in hybrid and EV sales increasing once up again. With SUVs being the go-to vehicles of buyers in the U.S., manufacturers need to take a good, hard look at creating more electric and hybrid SUVs and crossovers. While the act of creating hybrid or electric SUVs isn’t impossible to physically build, the debate is more whether they can deliver what buyers need while remaining in budget. Unlike cars, SUVs have lots of extra weight to tug around, not including the towing that many buyers use them for, so this requires additional battery power. With these larger batteries comes a higher price and more weight, then the laws of diminishing returns come into play. While this is a huge roadblock for these vehicles, keep in mind that hybrid and electric technology is still growing each and every day.

What’s Out There Today 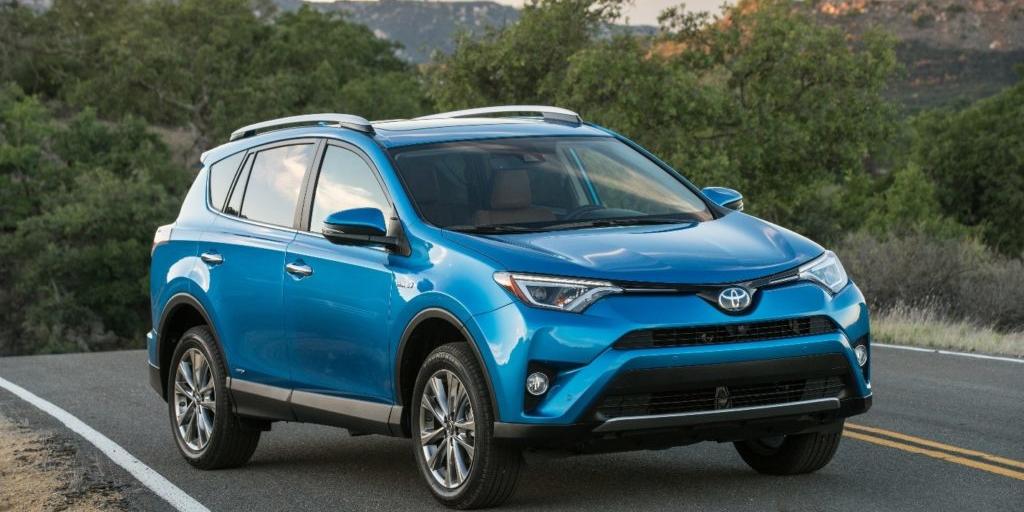 The world of electric and hybrid SUVs is still very thin. There were some earlier models from GM—Escalade Hybrid, Yukon Hybrid, and Tahoe Hybrid—but none of them saw big improvements and fizzled out after a handful of model years. In 2016, there are a few of these people haulers with electrification, but they are far different than the big boys from GM. The Tesla Model X is, of course, the most famous of the group, and it happens to be the only fully electric model. The Model X is a freak of nature, as it can haul up to eight people, it hits 60 mph in just 3.2 seconds, can tow up to 5,000 pounds, and can travel up to 257 miles on a charge (90 kWh battery). The problem surrounding the Model X is price, as it is well over $100k. It may be cheaper once the 70 kWh model becomes available, but with that comes reduced performance and range. On the hybrid side of the equation, there are more options to choose from. Likely the most utilitarian of the bunch is the 2016 Toyota Highlander Hybrid, which uses a 3.5-liter V-6 and electric motor to produce 280 horsepower and tow up to 3,500 pounds. It also has three rows of seating and gets up to 28 mpg combined. For buyers looking for something a little more affordable, there is the new-for-2016 RAV4 Hybrid—a vehicle I personally own—and the 2016 Crosstrek Hybrid. Both models get more than 30 mpg in the city and highway, but only the RAV4 Hybrid is rated for towing (1,750 pounds). With smaller SUVs like these, towing is not as much of an issue as people and cargo hauling is. Buyers looking for luxury, have plenty of options in the hybrid SUV range. The Audi Q5 Hybrid, Porsche Cayenne Hybrid, and the Lexus RX Hybrid have been alone for a while, but they now have company in the form of the Volvo XC90 T8, the BMW X5 eDrive, and the Lexus NX 300h. This gives luxury buyers a wider range of options from small to large, and from average performance to rip-you-face-off quick.

Where the Future is Going 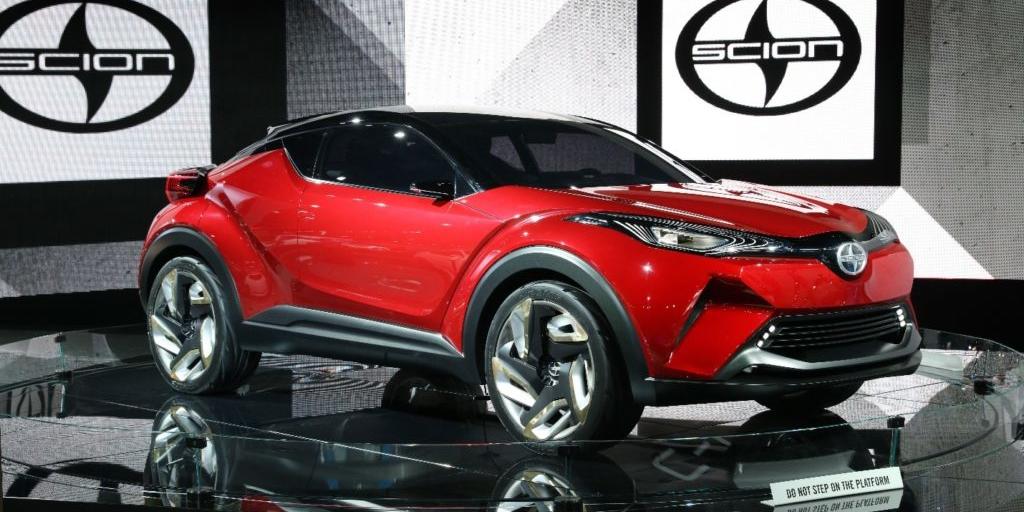 Look, if you think that gas prices will remain low forever, sadly, you are delusional. We go through this every few years; gas prices shoot way up, then plummet to new lows. After a few years of low prices, they shoot up again, ending up higher than they were before the big drop. It is a vicious cycle that will never stop. Once gas prices head back up, we’ll see other manufacturers, like GM and Ford, jump back onto the hybrid SUV bandwagon. In fact, reports indicate that Ford is already working on electrified crossovers and SUVs, and plans to have them in place by the end of the decade. Other pieces of the puzzle that go unnoticed all too often are the CAFÉ regulations. By 2025, automakers must have their corporate average fuel economy up to a whopping 54.5 mpg, and there is no way they can do so using traditional internal combustion engines. This leaves them with two choices: go hybrid or stop producing SUVs and crossovers altogether. Given the SUV and crossover segment is the hottest it’s been in decades and it’s showing no signs of slowing, automakers would be insane to just drop out of this segment altogether. This will force automakers’ hands to produce affordable people haulers that use aggressive hybrid systems or that run on electricity only.

What’s This Mean for the Consumer? 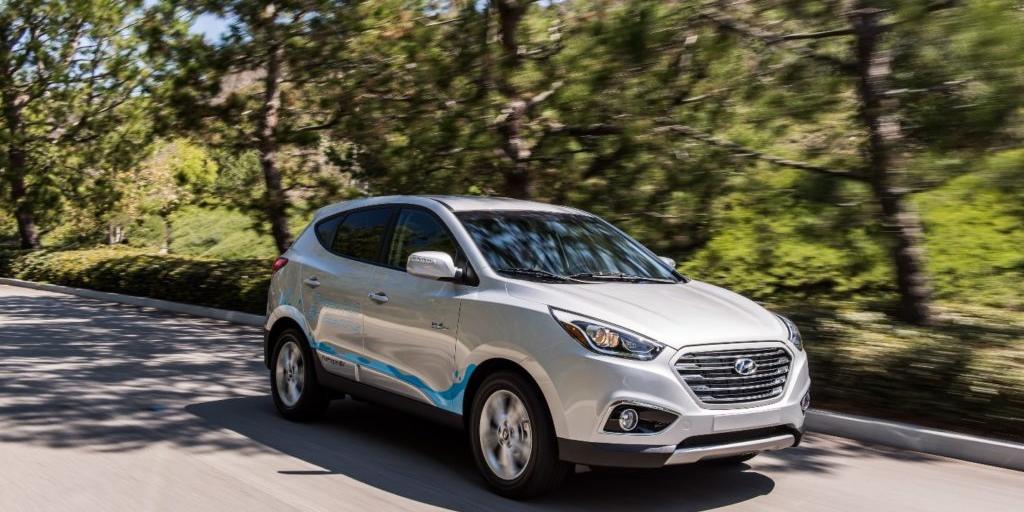 Unfortunately, this means higher prices in the near term as manufacturers work on developing lighter, more advanced batteries that can power these larger vehicles. The great thing about technology is that its prices start falling relatively quickly as more competition rolls onto the scene. My best guess is that we’ll see prices continue to steeply rise in the next 10 to 15 years while manufacturers perfect batteries. But around the 15-year mark, there will be so much competition and the tech will be much simpler to produce that prices should stabilize. Don’t get me wrong, prices will never return to today’s standard, but the rate at which they increase should slow.

Plug-in electric is the obvious choice at this point, but there are plenty of other alternatives that can help extend range and ease the transition from gasoline to full electric. The safest bet is the perfection of the hydrogen fuel-cell vehicle, of course. SUVs actually are the perfect medium for hauling mass amounts of hydrogen, as their bodies are large enough to haul bulky hydrogen-storage tanks under their bellies. What’s more, the few body-on-frame SUVs left on the market also offer the added protection from impact that so many experts say is a must for hydrogen-fueled vehicles. So, what is a hydrogen fuel-cell vehicle and what makes it a great segue into full electric? FCVs use hydrogen as their “fuel” and pass it through a fuel-cell stack that combines the hydrogen with oxygen. If you passed middle school chemistry then you should know that this creates water. In the creation of water, a small amount of energy is created then stored in a battery to power the main propulsion unit, which is an electric motor. In this process, the vehicle emits only water. There are a few FCVs on the market today, one of which—the Hyundai Tucson—is an SUV. If the hydrogen infrastructure improves at a quicker pace than battery technology, then we could see these SUVs act as a filler until full-electric crossovers and SUVs become a more feasible option.

Get Ready Because They are Coming 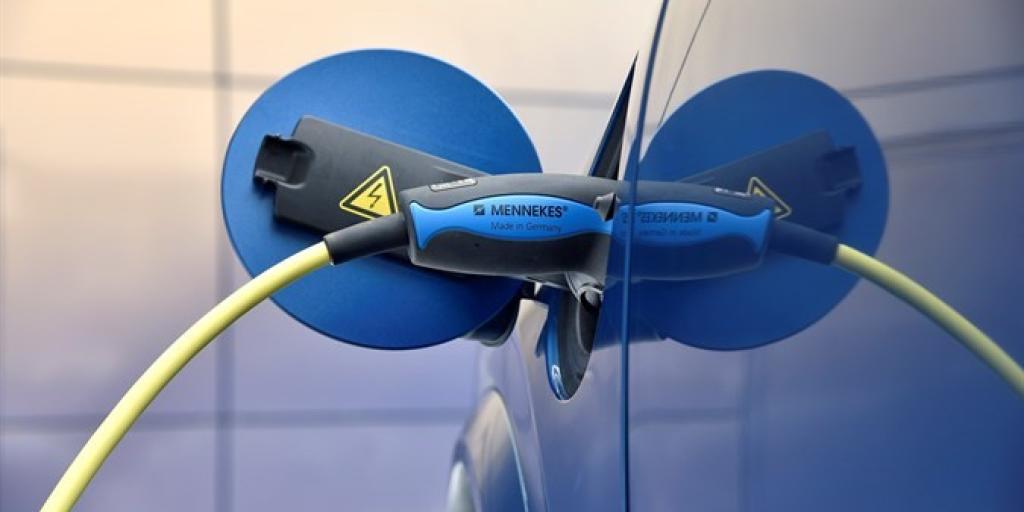 Though it is hard to predict the rate at which technology will get better and cheaper, we do know that fuel prices will rise again and that the CAFÉ standards are already in place. This means that it is a change-or-die situation for crossovers and SUVs. It is not a matter of if we’ll see more electrified crossovers and SUVs, but more of a matter of when we’ll see them, so get ready.